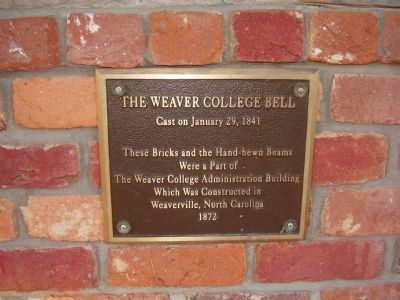 These Bricks and the Hand-hewn Beams
Were a Part of
The Weaver College Administration Building
Which was Constructed in
Weaverville, North Carolina
1872

Topics and series. This historical marker is listed in these topic lists: Education • Landmarks. In addition, it is included in the Historic Bells 🔔 series list. A significant historical month for this entry is January 1934.

Other nearby markers. At least 8 other markers are within 2 miles of this marker, measured as the crow flies. Weaver College Bell Tower (here, next to this marker); Brevard College (about 400 feet away, measured in a direct line); College Stone Wall and Gate (about 500 feet away); Transylvania County Courthouse (approx. 0.3 miles away); In Honor and Memory (approx. 0.3 miles away); Tree Planted in Memory of George Washington 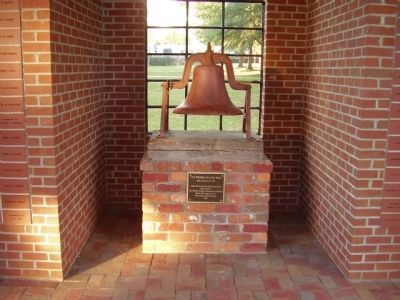 Additional commentary.
1. Actual origin of this bell
Based on the name on the yoke of this bell, it could not have been made earlier than 1894. Clearly some historical records were lost before this marker was prepared.
— Submitted August 21, 2020, by Carl Scott Zimmerman of Kirkwood, Missouri. 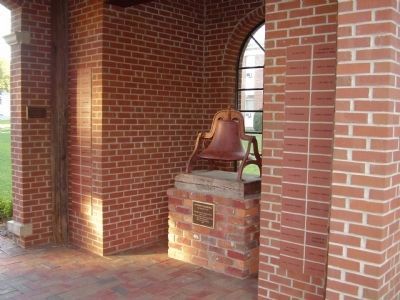