From the Abbey at Storrington, Sussex, England.

Location. 41° 44.945′ N, 72° 41.51′ W. Marker is in Hartford, Connecticut, in Hartford County. Marker and sundial base are adjacent to the Chapel Garden, on the Trinity College campus. Touch for map. Marker is at or near this postal address: 300 Summit Street, Hartford CT 06106, United States of America. Touch for directions.

Other nearby markers. At least 8 other markers are within walking distance of this marker. Brownell Hall (within shouting distance of this marker); Civil War Memorial (about 300 feet away, measured in a direct line); Henry Howard Brownell (about 400 feet away); Hartford Vietnam War Memorial (approx. half a mile away); Griffin A. Stedman (approx. 0.6 miles away); Thomas McManus (approx. 0.7 miles away); Columbus (approx. one mile away); Samuel Colt (approx. one mile away). Touch for a list and map of all markers in Hartford.

Regarding Late Eighteenth Century Sundial. The sundial is missing. 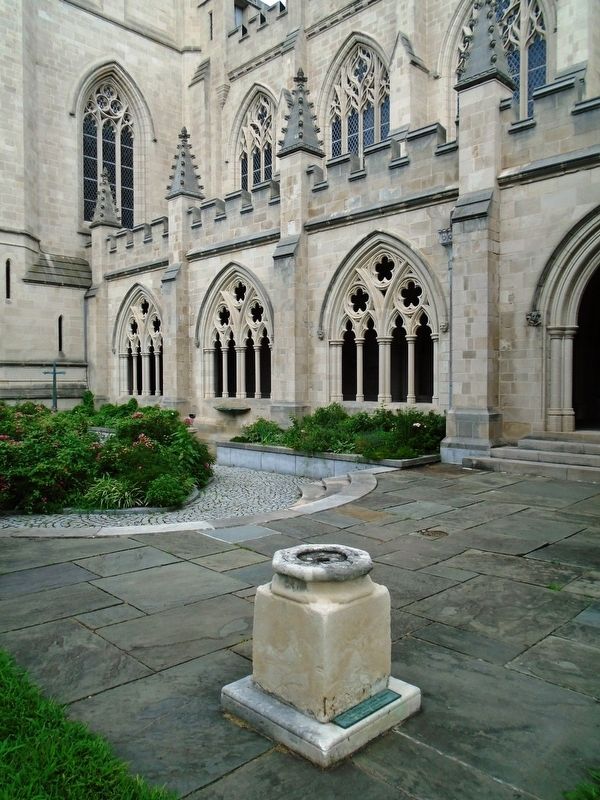