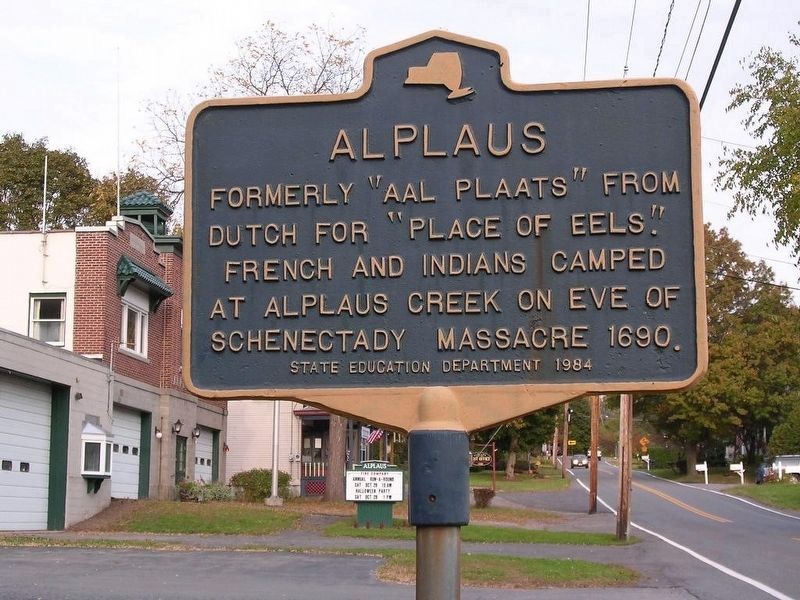 By Howard C. Ohlhous, October 10, 2006
1. Alplaus Marker
Inscription.
Alplaus. . Formerly “Aal Plaats” from Dutch meaning “place of eels.” French and Indians camped at Alplaus Creek on the eve of Schenectady Massacre 1690. . This historical marker was erected in 1984 by State Education Department. It is Near Glenville in Schenectady County New York

Formerly “Aal Plaats” from Dutch meaning “place of eels.” French and Indians camped at Alplaus Creek on the eve of Schenectady Massacre 1690.

Location. 42° 51.325′ N, 73° 53.985′ W. Marker is near Glenville, New York, in Schenectady County. Marker is at the intersection of Alplaus Ave. and Bruce Drive, on the right when traveling west on Alplaus Ave.. At the Alplaus firehouse. Touch for map. Marker is in this post office area: Alplaus NY 12008, United States of America. Touch for directions. 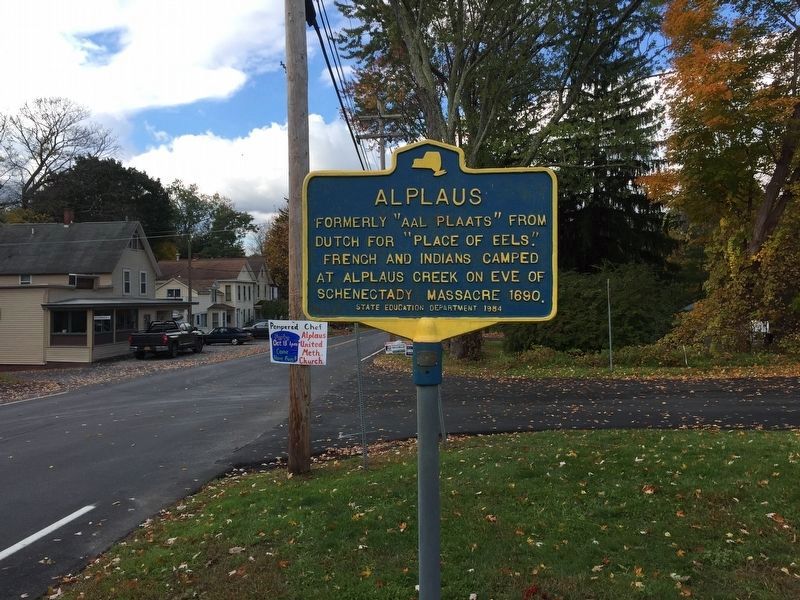 By Steve Stoessel, October 24, 2018
2. Alplaus Marker
Alplaus is a hamlet at the mouth of Alplaus Kill where it enters the Mohawk River.

The Schenectady Massacre occurred Feb. 8, 1690. A party of 114 Frenchmen and 96 Sault and Algonquin Indians had camped the night before the raid here at Alplaus. The raid killed sixty inhabitants. A monument to the raid stands in the Schenectady Stockade 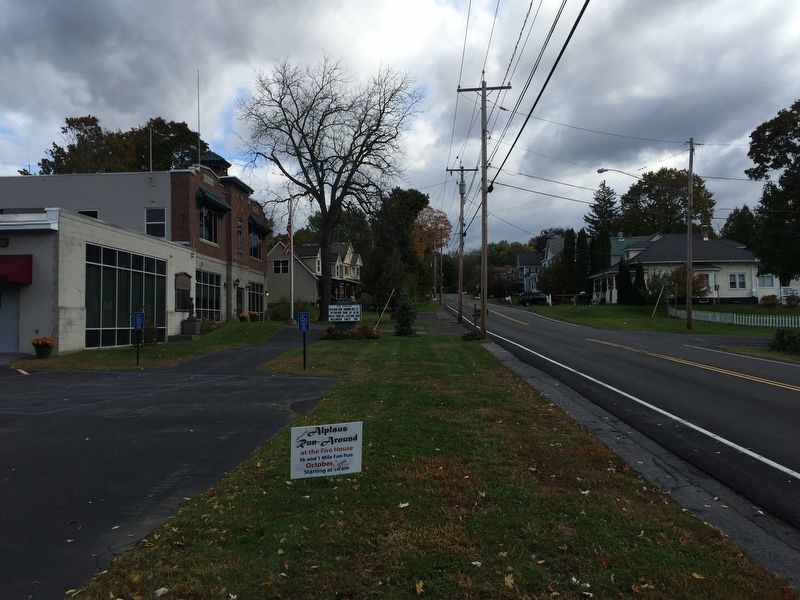