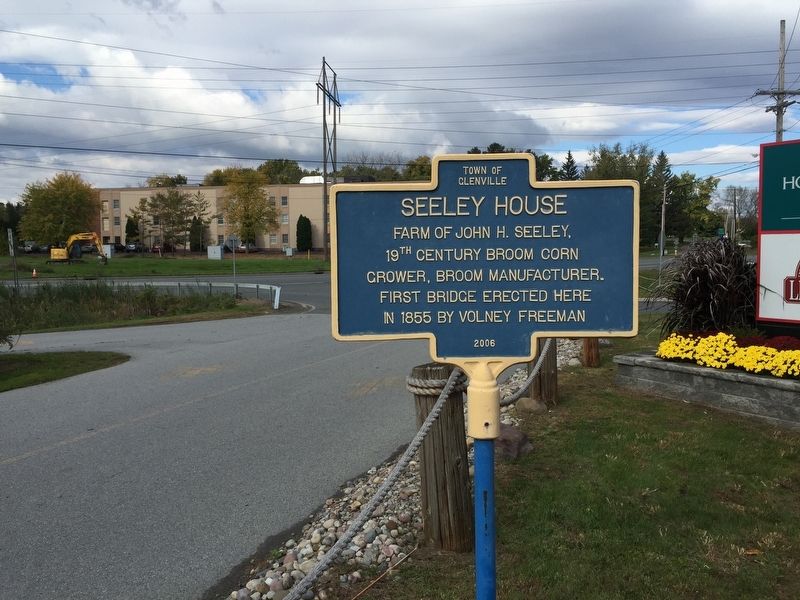 Erected 2016 by Town of Glenville.

Topics. This historical marker is listed in these topic lists: Bridges & Viaducts • Industry & Commerce • Settlements & Settlers. A significant historical year for this entry is 1855.

Location. 42° 49.899′ N, 73° 55.851′ W. Marker is in Glenville, New York, in Schenectady County. Marker can be reached from Freeman's Bridge Road, on the right when traveling north. Marker can be seen in the Freemans Bridge Fishing Access Site, next to the Lighthouse Restaurant. Touch for map. Marker is in this post office area: Schenectady NY 12302, United States of America. Touch for directions. 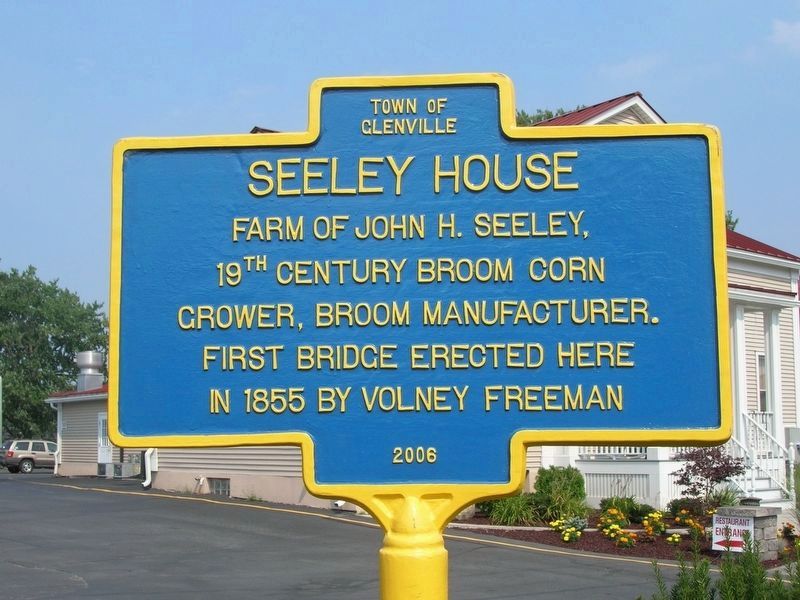 Click or scan to see
this page online
John H. Seeley purchased the land here probably soon after 1850. A native of Westphalia, Germany, Seeley and his brother Christian arrived in this country in or around 1845. He was a cabinet maker and had earlier served in the Prussian army as a bugler for three years. Sometime soon after making Glenville his new home, Seeley went back to Germany and returned with his family in tow.

In 1851, he purchased the land the house is now on from Volney Freeman, a prominent Schenectadian who owned property on both sides of the river. It was Freeman who in 1855 built the first Freeman’s Bridge, linking his two parcels of property as well as Schenectady and the town of Glenville. Previously, Freeman had owned the ferry business that had crossed the Mohawk at that point. Soon afterwards Freeman moved to Peoria, IL

Broom corn was big business in Schenectady County throughout much of the 19th century and Seeley turned his farm — at its height covering 360 acres — into one of the most successful broom corn farms in the area. (Bill Buell in The Daily Gazette, March 29, 2009) Broom corn is actually an extra long variety of common sorghum. 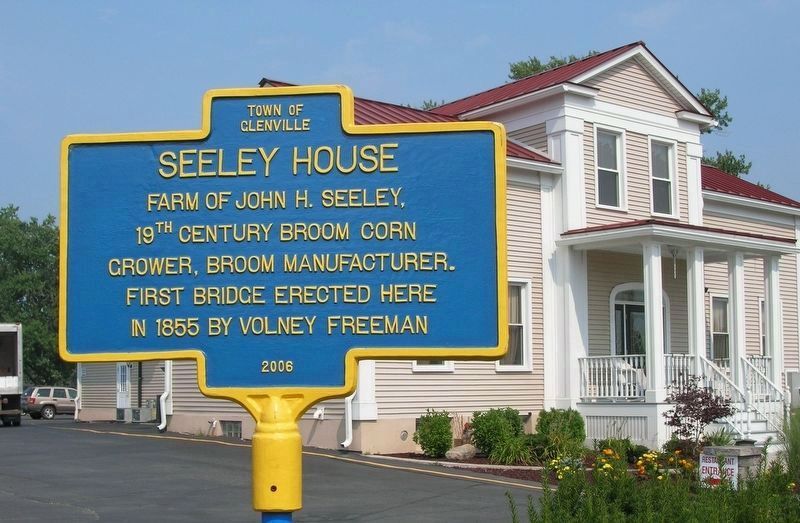 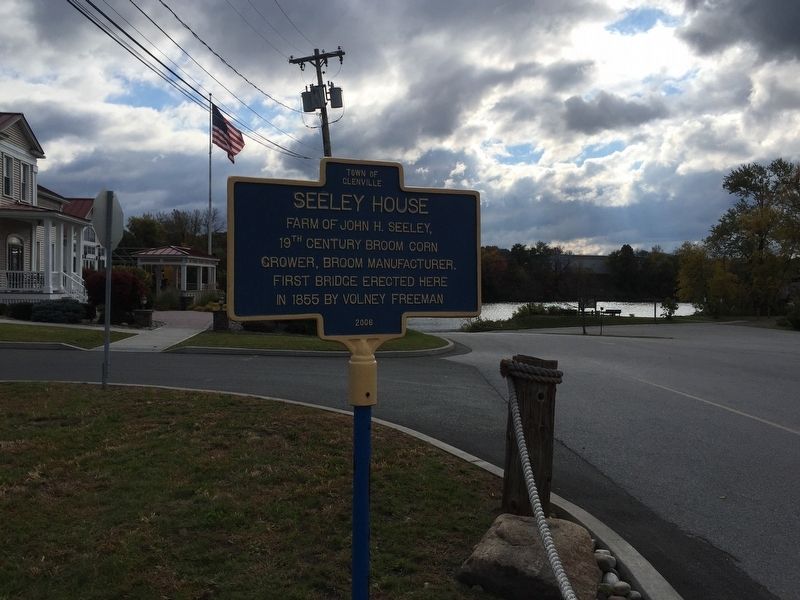