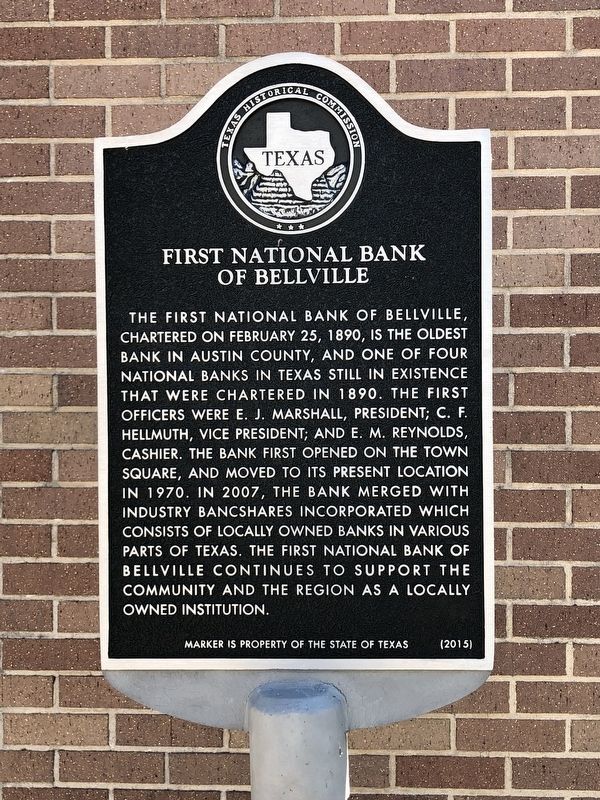 The First National Bank of Bellville, chartered on February 25, 1890, is the oldest bank in Austin County, and one of four national banks in Texas still in existence that were chartered in 1890. The first officers were E. J. Marshall, President; C. F. Hellmuth, Vice President; and E. M. Reynolds, Cashier. The bank first opened on the town square, and moved to its present location in 1970. In 2007, the bank merged with Industry Bancshares Incorporated which consists of locally owned banks in various parts of Texas. The First National Bank of Bellville continues to support the community and the region as a locally owned institution. 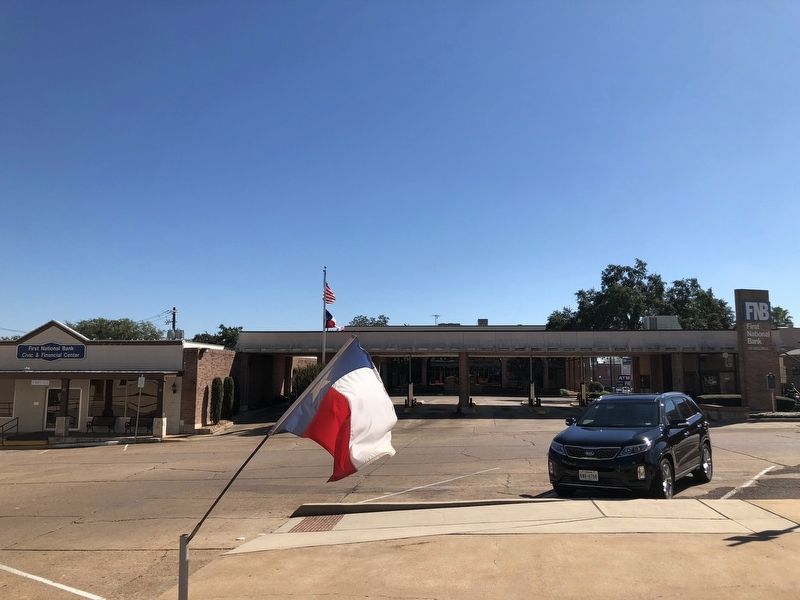 By Brian Anderson, October 28, 2018
2. First National Bank of Bellville
Street. Touch for map. Marker is at or near this postal address: 100 East Main Street, Bellville TX 77418, United States of America. Touch for directions.

Other nearby markers. At least 8 other markers are within walking distance of this marker. Austin County Jail (about 400 feet away, measured in a direct line); Bellville (about 500 feet away); The Harigel House (about 600 feet away); Site of First Bellville Masonic Lodge Building (about 600 feet away); E.O. Finn Building (about 600 feet away); Original Site of St. Mary's Episcopal Church (about 700 feet away); Early History of Bellville Methodist Church (approx. ¼ mile away); Bellville General Hospital (approx. 0.3 miles away). Touch for a list and map of all markers in Bellville.
Credits. This page was last revised on November 1, 2018. It was originally submitted on October 29, 2018, by Brian Anderson of Atascocita, Texas. This page has been viewed 79 times since then and 33 times this year. Photos:   1, 2. submitted on October 29, 2018, by Brian Anderson of Atascocita, Texas. • Andrew Ruppenstein was the editor who published this page.
Share This Page.