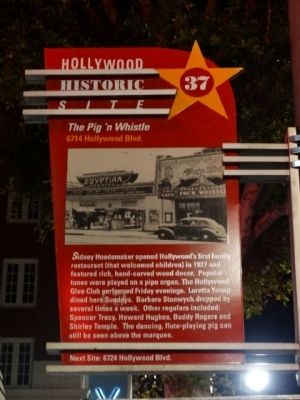 Other nearby markers. At least 8 other markers are within walking distance of this marker. Egyptian Theatre (a few steps from this marker); Max Factor Building (about 600 feet away, measured in a direct 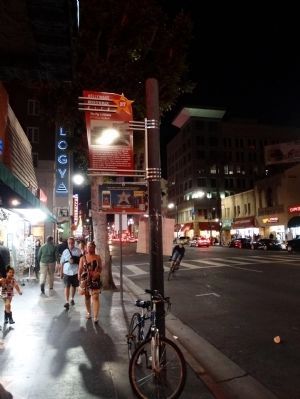 Also see . . .  Pig 'n Whistle History. Pignwhistlehollywood.com's history of the restaurant: The Pig ‘N Whistle opened its doors on July 22, 1927. Its stylish design and fanciful hand-carved wood décor by renowned architects Morgan, Walls & Clements made it an instant favorite with the movie colony as well as the local citizenry. Connected to the forecourt of the Egyptian Theatre by a side entrance, the Pig ‘N Whistle quickly became the place for stars to gather before and after movie premieres and discuss the industry over a few drinks. Stars such as Shirley Temple, Spencer Tracy, Clark Gable and Loretta Young were regulars, enjoying the restaurant’s wide range of menu items and soda fountain offerings. Household names like Cary Grant, Jane Wyman or Walter Pidgeon 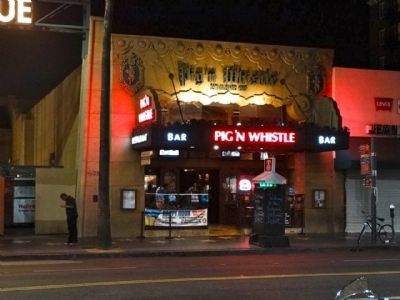 By Denise Boose, August 16, 2014
3. Site of the Pig' N Whistle
could often be spotted at the Pig ‘N Whistle having lunch and reading the local paper or enjoying dinner after a glamorous evening at the Egyptian…. (Submitted on October 1, 2014.) 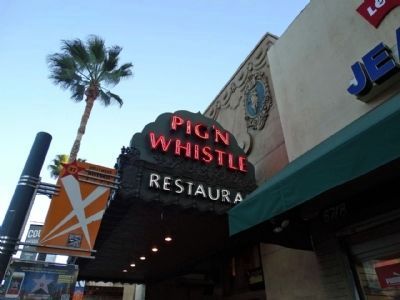 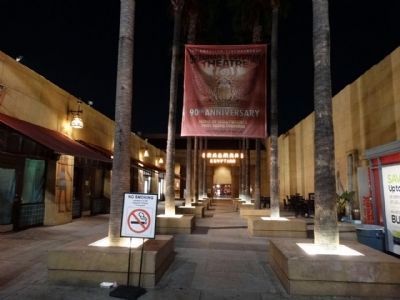 By Denise Boose, August 16, 2014
5. Egyptian Theatre right next door.
Back in 1927 movie theatres didn’t have concession stands in their lobbies. In order to satisfy movie-goers who wanted to eat a good meal before seeing a film, a family restaurant and soda fountain opened up next door to the Egyptian Theatre. This new hotspot quickly became one of Hollywood’s most celebrated eateries – the world-famous Pig ‘N Whistle! - Pignwhistlehollywood.com 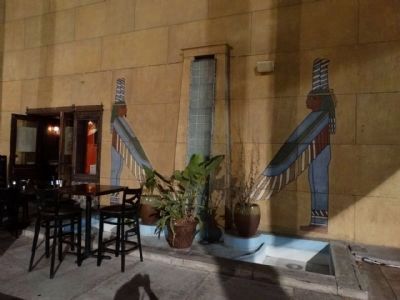 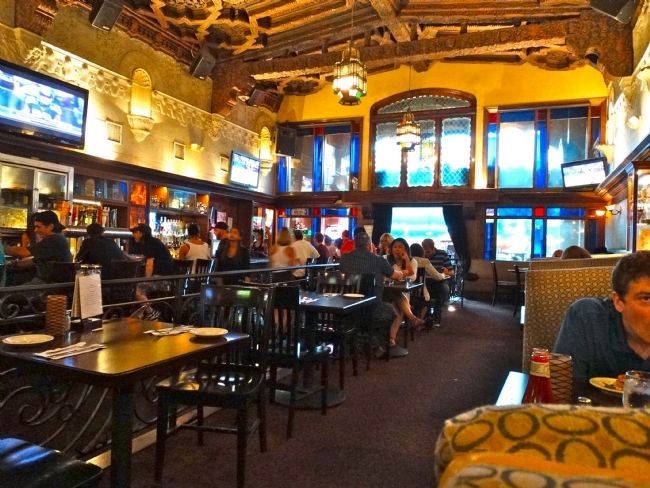