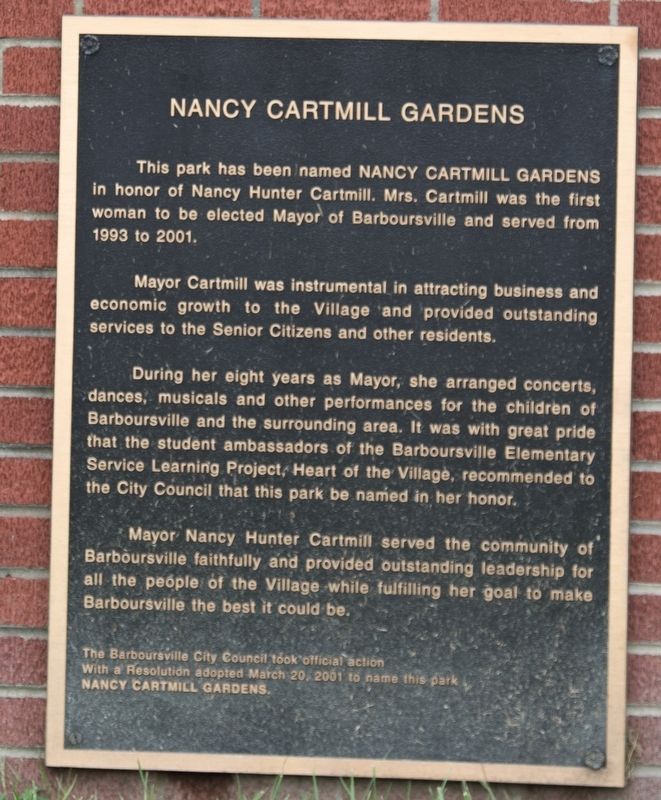 This park has been named Nancy Cartmill Gardens in honor of Nancy Hunter Cartmill. Mrs. Cartmill was the first woman to be elected Mayor of Barboursville and served from 1993 to 2001.

Major Cartmill was instrumental in attracting business and economic growth to the Village and provided outstanding services to the Senior Citizens and other residents. 22 During her eight years as Major, she arranged concerts, dances, musicals and other performances for the children of Barboursville and the surrounding area. It was with great pride that the student ambassadors of the Barboursville Elementary Service Learning Project, Heart of the Village, recommended to the City Council that this park be named in her honor.

Major Nancy Hunter Cartmill served the community of Barboursville faithfully and provided outstanding leadership for all people of the Village while fulfilling her goal to make Barboursville the best it could be.

Erected by the Barboursville City Council, who took official action with a Resolution adopted March 20, 2001 to name this park Nancy Cartmill Gardens. 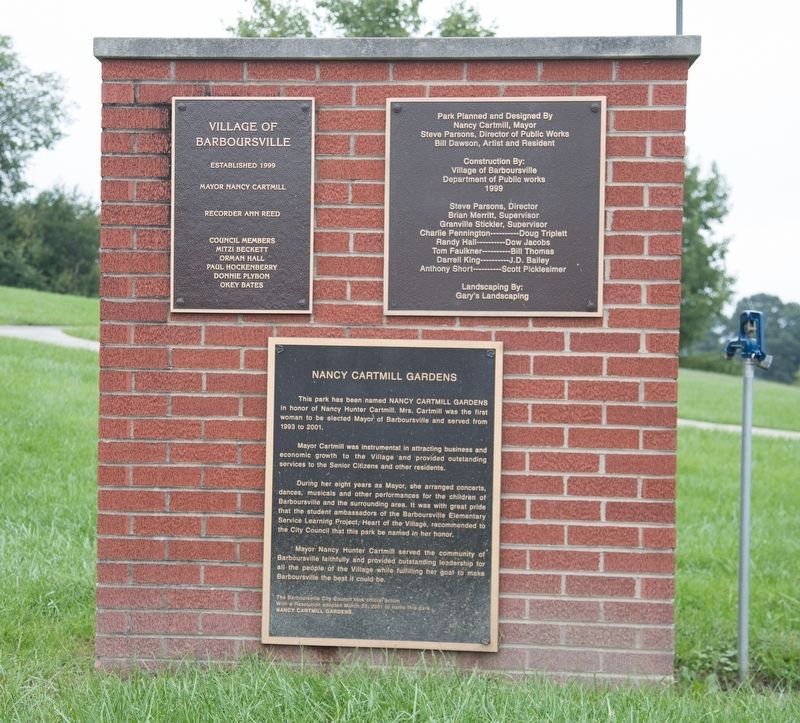 Click or scan to see
this page online
historical marker is listed in these topic lists: Charity & Public Work • Government & Politics. A significant historical year for this entry is 1993. 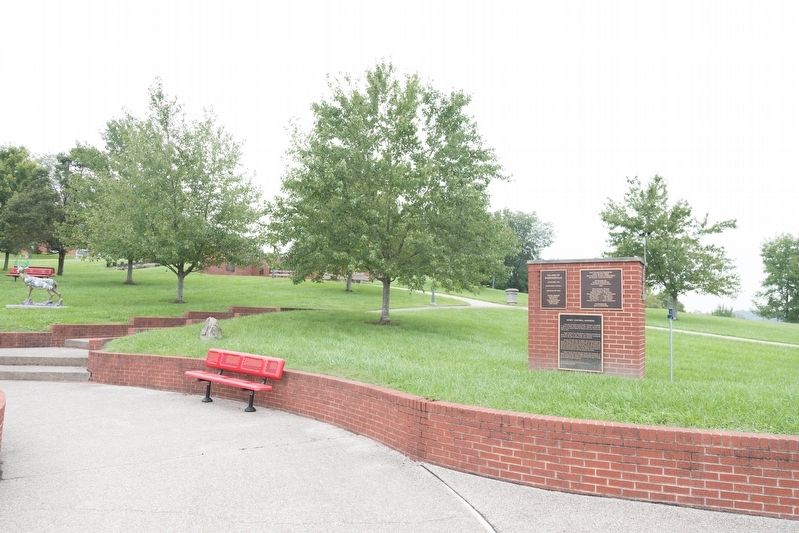 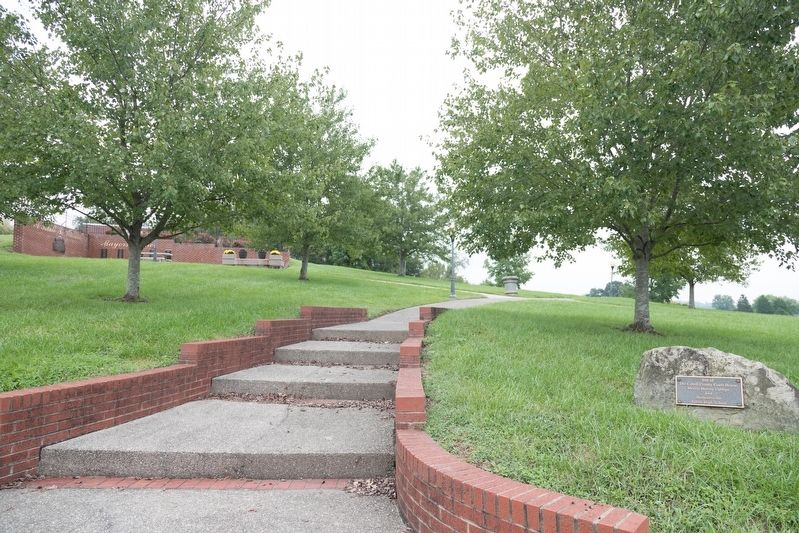 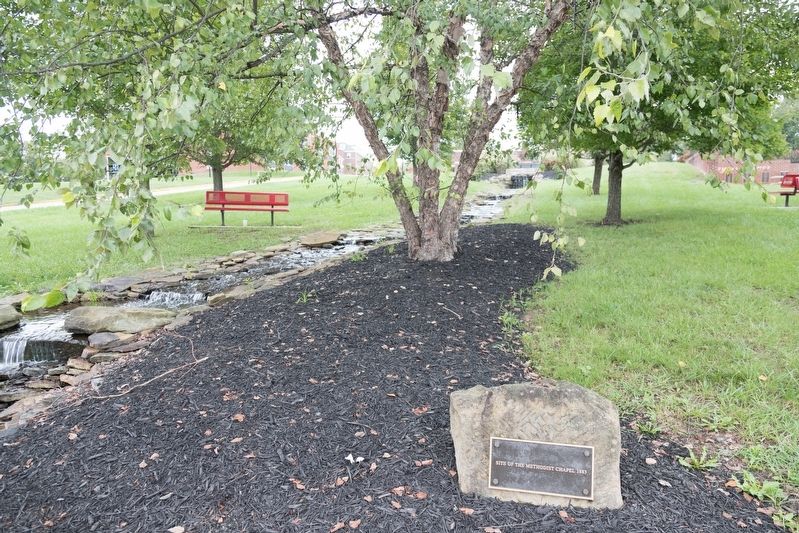