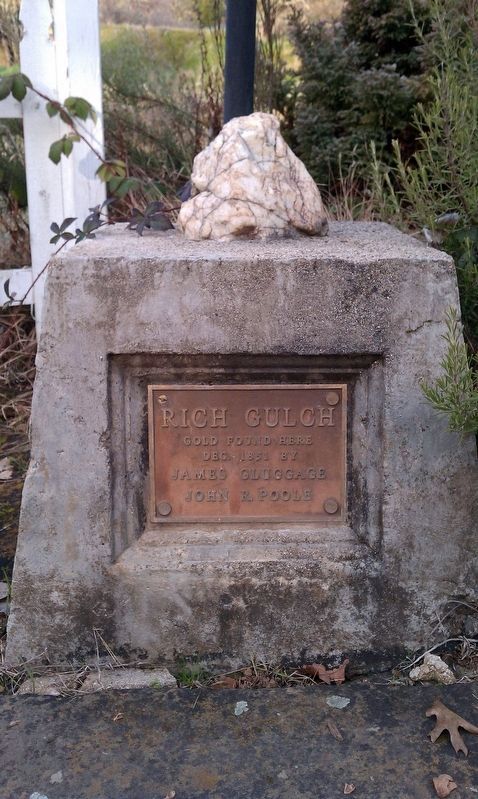 
Topics. This historical marker is listed in this topic list: Natural Resources. A significant historical year for this entry is 1851.

Regarding Rich Gulch. The site of one of the richest gold strikes in the history of the West. Stretches between the
West Fir Street and South Oregon Street. Follows
old 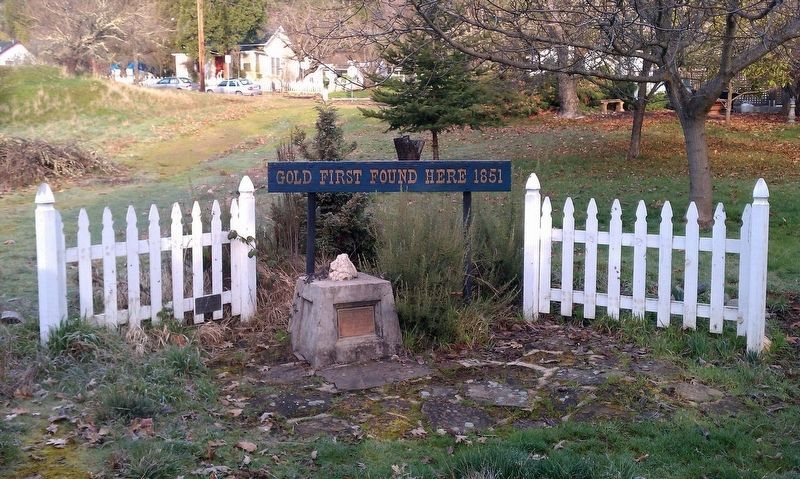 Click or scan to see
this page online
hydraulically mined gulches and glory holes.
When the gold deposits were worked out, and the railway bypassed Jacksonville in 1884, the city's economy slowed.

Also see . . .
1. The Centennial History of Oregon Vol. 1, by Joseph Gaston. Internet Archive website entry: The Discovery of Gold in Oregon
Pack trains owned by James Cluggage and James R. Poole, camped for the night on the ground now covered by the town of Jacksonville; and after staking out their animals went in search of water up the little gulch south of the present town known as Rich gulch. From this discovery on Jackson Creek, the discoveries rapidly extended east and west until all the mountain regions of Jackson, Josephine and Curry Counties had been thoroughly explored, and many millions of dollars taken out. (Submitted on October 18, 2008, by Mike Stroud of Bluffton, South Carolina.) 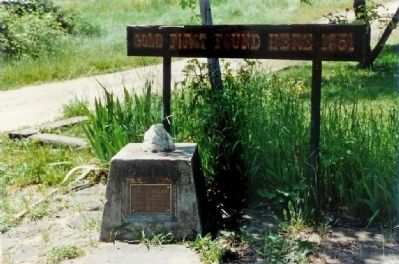