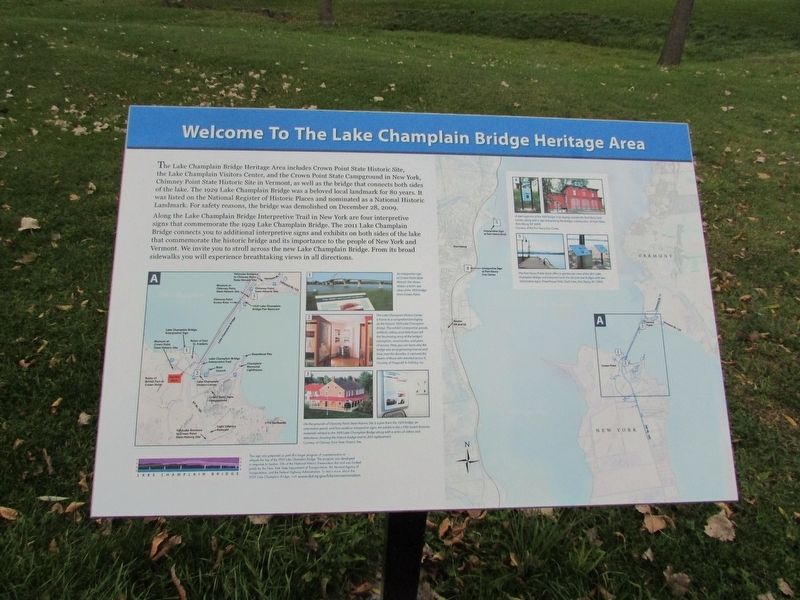 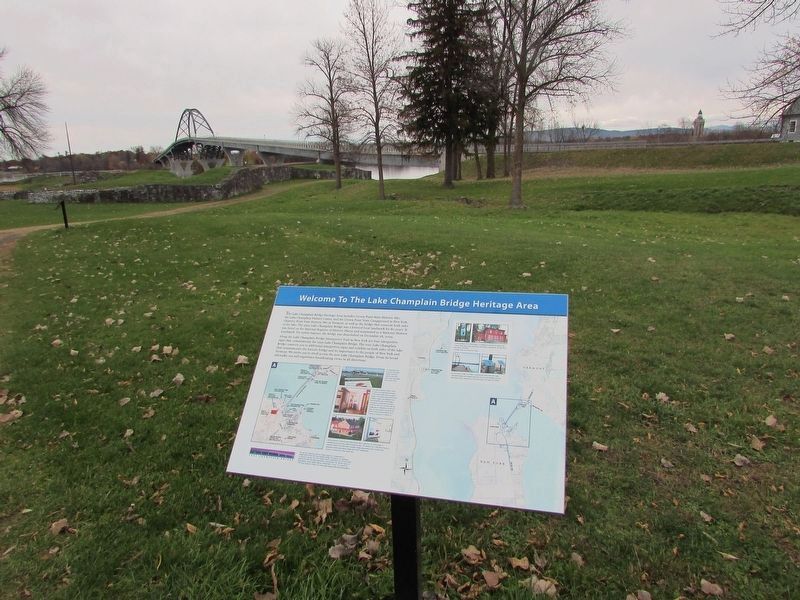 More about this marker. A map of the Lake Champlain Bridge Heritage Area appears on the left side of the marker. The caption reads “The Lake Champlain Visitor Center is home to a comprehensive display of the historic 1929 Lake Champlain Bridge. The exhibit’s interpretive panels, artifacts, videos, and slideshows tell the fascinating story of the bridge’s conception, construction, and years of service. Here, you can learn why the bridge was an engineering marvel and how, over the decades, it captured the hearts of those who traveled across it.” 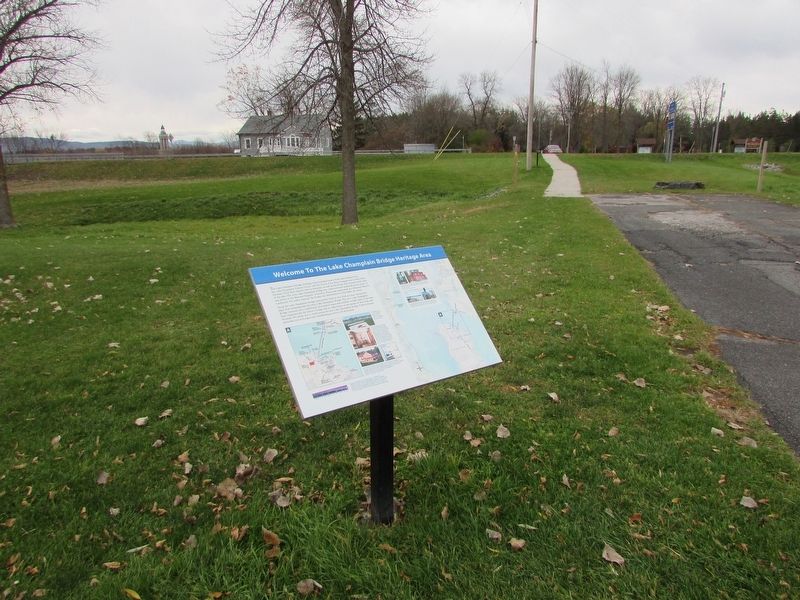 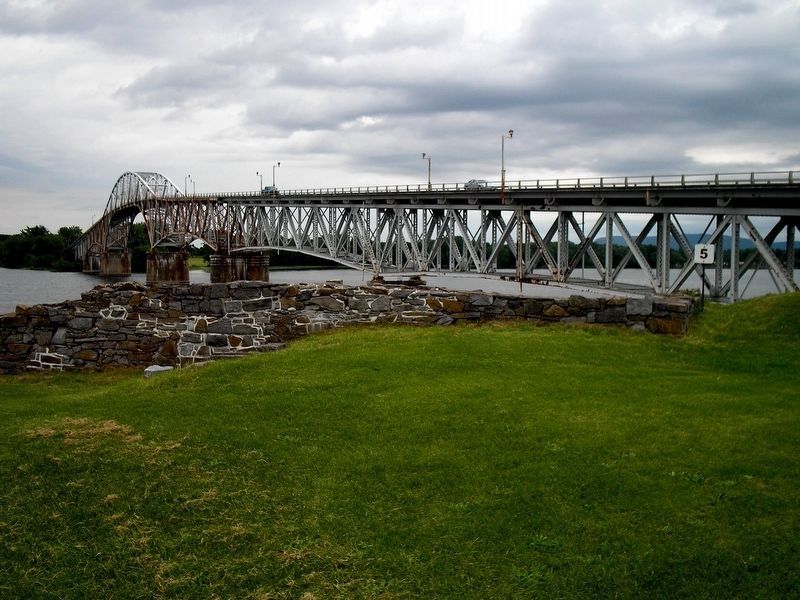