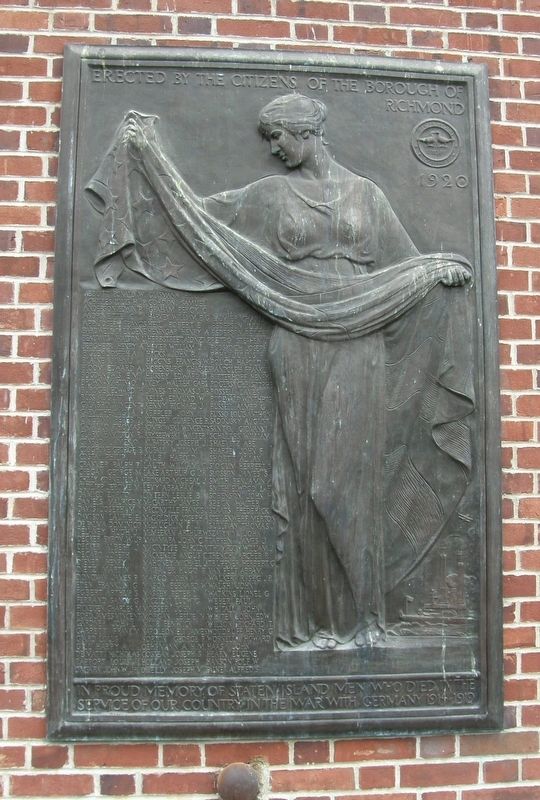 Erected 1920 by the citizens of the Borough of Richmond.

Location. 40° 38.537′ N, 74° 4.57′ W. Marker is in Staten Island, New York, in Richmond County. Memorial is on Stuyvesant Place near Hyatt Street, on the right when traveling north. The marker is on the wall of the Staten Island Borough Hall. Touch for map. Marker is in this post office area: Staten Island NY 10301, United States of America. Touch for directions.

Other nearby markers. At least 8 other markers are within walking distance of this marker. Commodore John Barry (a few steps from this marker); Giovanni Verrazzano (a few steps from this marker); The Barracks (about 600 feet away, measured in a direct line); The Administration Building (about 600 feet away); The 1907 Lamp Shop (approx. 0.2 miles away); Maritime New York (approx. 0.2 miles away); United States Merchant Memorial 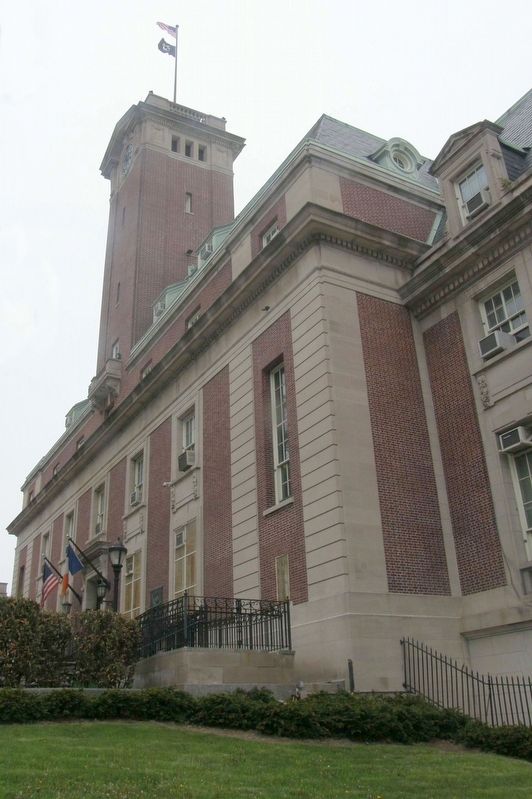 By Larry Gertner, May 11, 2015
2. Staten Island World War I Memorial site
The marker is to the right of the Hyatt Street entrance to Staten Island Borough Hall.

Click or scan to see
this page online
(approx. 0.2 miles away); The Hiker (approx. 0.3 miles away). Touch for a list and map of all markers in Staten Island. 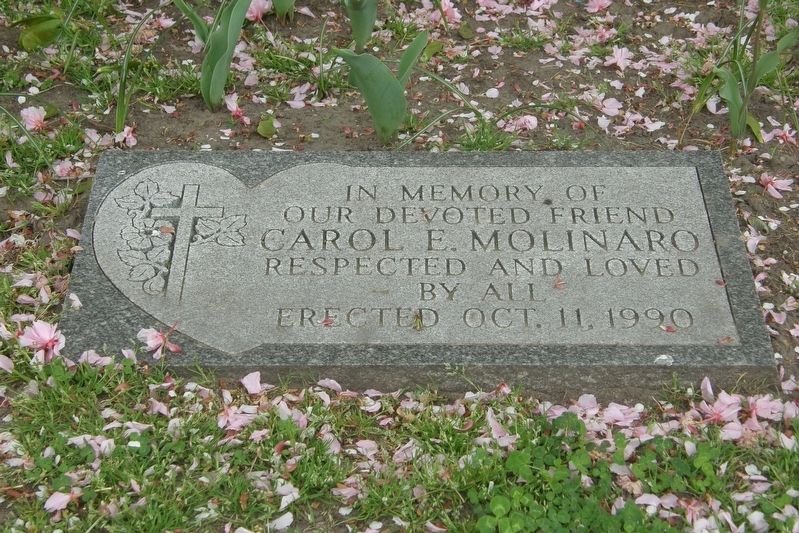