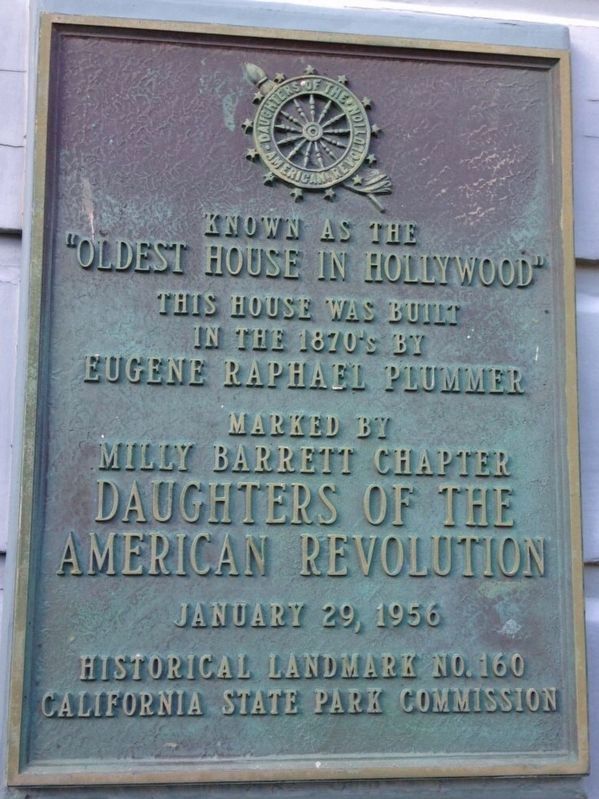 By Craig Baker, June 1, 2018
1. Plummer House Marker
Inscription.
Plummer House. . Known as the “Oldest House in Hollywood”, this house was built in the 1870’s by Eugene Raphael Plummer. . This historical marker was erected in 1956 by Daughters of the American Revolution. It is in Calabasas in Los Angeles County California

Known as the “Oldest House in Hollywood”, this house was built in the 1870’s by Eugene Raphael Plummer.

Erected 1956 by Daughters of the American Revolution. (Marker Number 160.)

Topics and series. This historical marker is listed in this topic list: Settlements & Settlers. In addition, it is included in the California Historical Landmarks, and the Daughters of the American Revolution series lists.

Location. 34° 9.457′ N, 118° 38.387′ W. Marker is in Calabasas, California, in Los Angeles County. Marker can be reached from Calabasas Road west of Valley Circle Boulevard, on the right when traveling west. Touch for map. Marker is at or near this postal address: 23537 Calabasas Rd, Calabasas CA 91302, United States of America. Touch for directions. 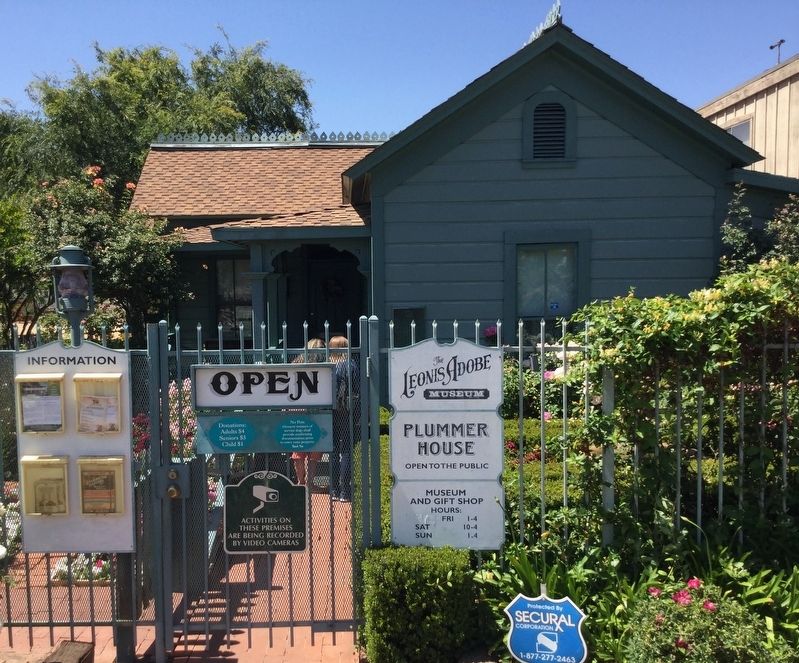 More about this marker. Located at the Leonis Adobe in Calabasas.
This is California Historical Landmark No. 160. 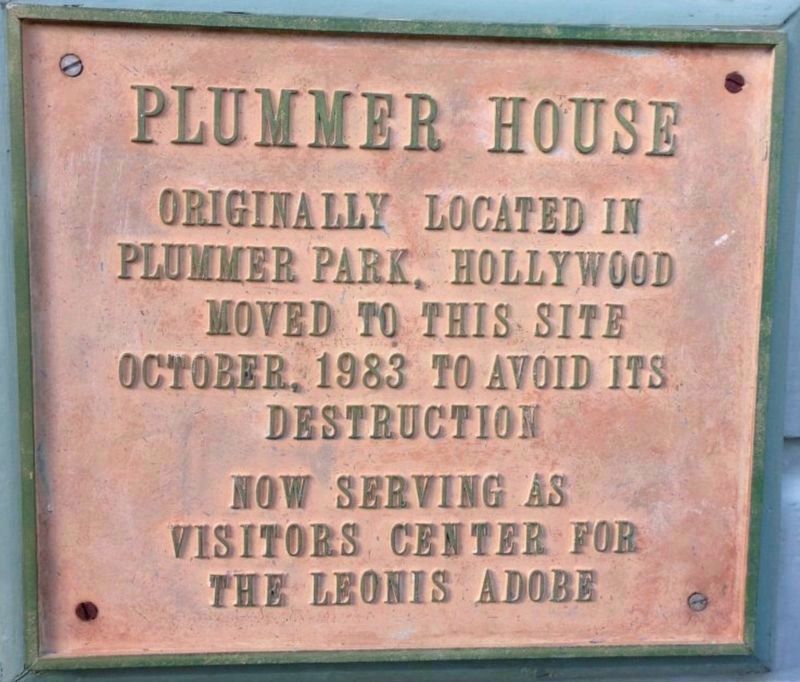 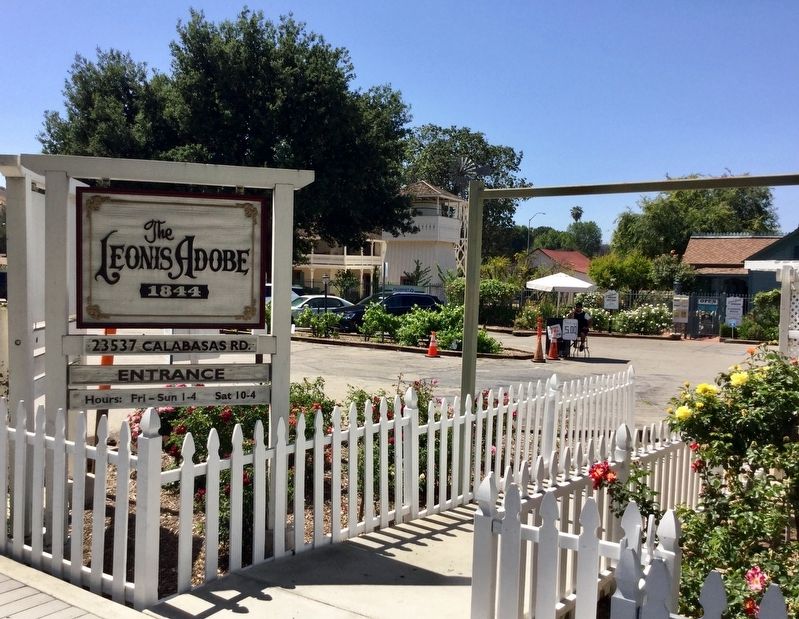 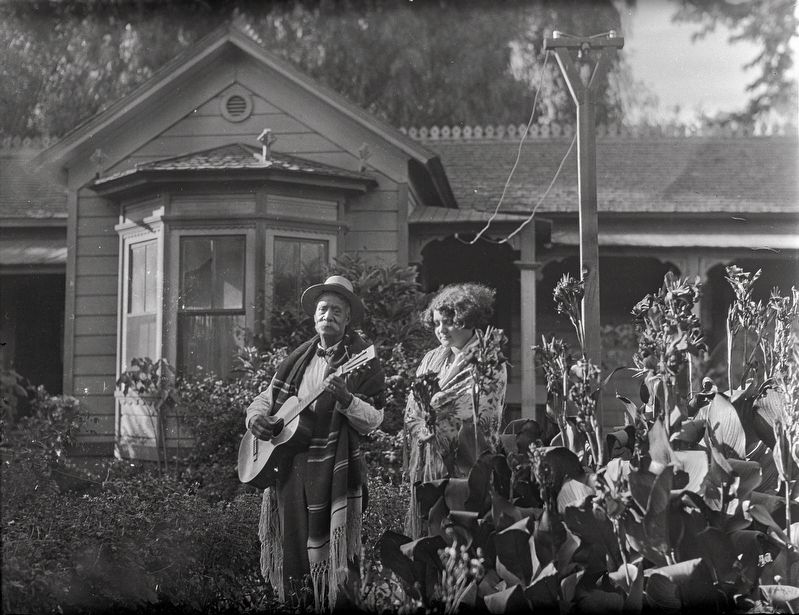 Adelbert Bartlett (Photo courtesy of the Islandora Repository, UCLA), 1927
5. Eugene R. Plummer and woman in shawl in front of Plummer House, Hollywood, 1927
"Eugene R. Plummer, with guitar, and unidentified woman in shawl, standing in front of Victorian-style Plummer House, Plummer House was built in Hollywood by Eugene Plummer and his brother Juan about 1874. A portion of the house was moved to the grounds of the Leonis Adobe in Calabasas about 1982 and restored., Eugene R. Plummer and his family once owned sections of Los Angeles including the Hancock Park area, mid-Wilshire, Hollywood Hills, and West Hollywood. The site of his home was purchased by the County of Los Angeles in 1937 and is known as Plummer Park, West Hollywood..."
Credits. This page was last revised on November 28, 2018. It was originally submitted on November 26, 2018, by Craig Baker of Sylmar, California. This page has been viewed 113 times since then and 9 times this year. Photos:   1, 2, 3, 4. submitted on November 26, 2018, by Craig Baker of Sylmar, California.   5. submitted on November 28, 2018. • Andrew Ruppenstein was the editor who published this page.
Share This Page.