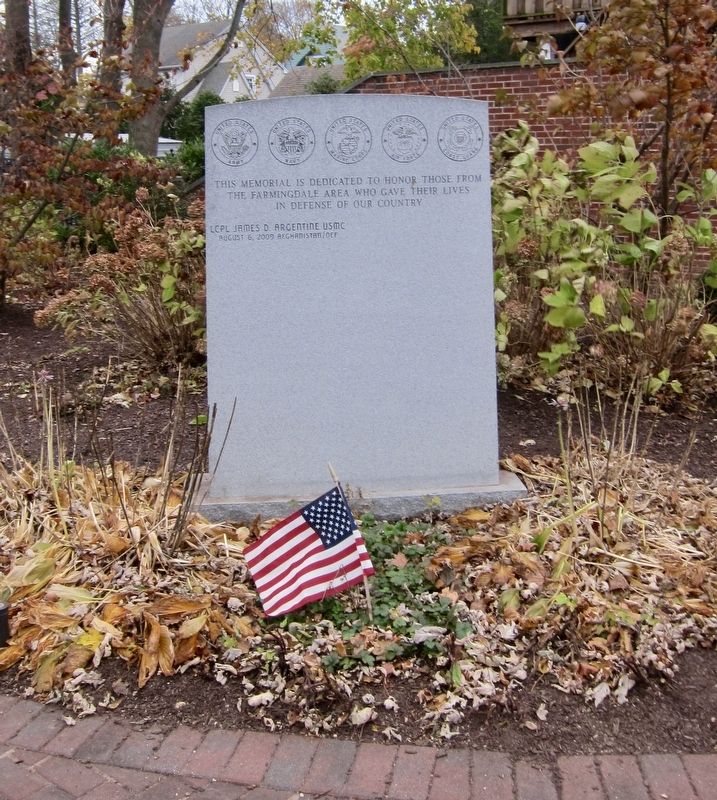 More about this memorial. The marker is the easternmost of a group of war memorials on the Farmingdale Village Green. 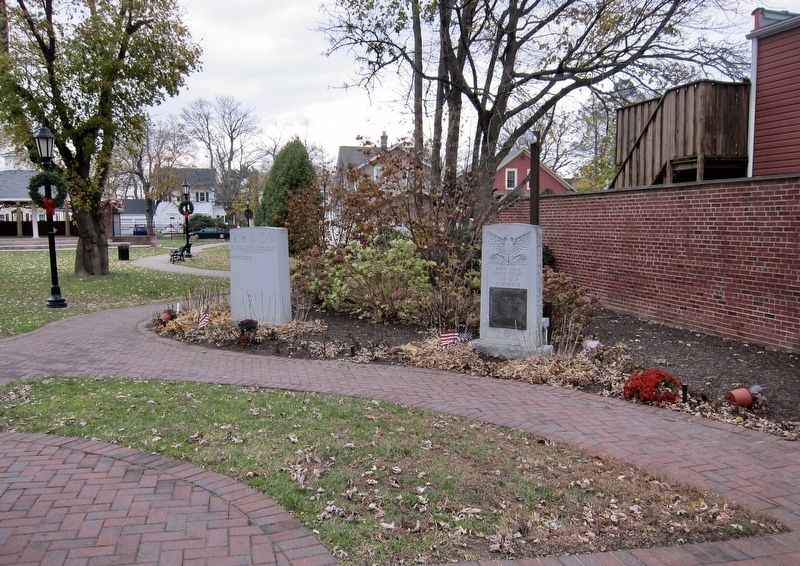 Argentine joined the Marines in October of 2006 and reported to Hawaii in January 2007. He previously deployed with the 2nd Battalion from January to August 2008.