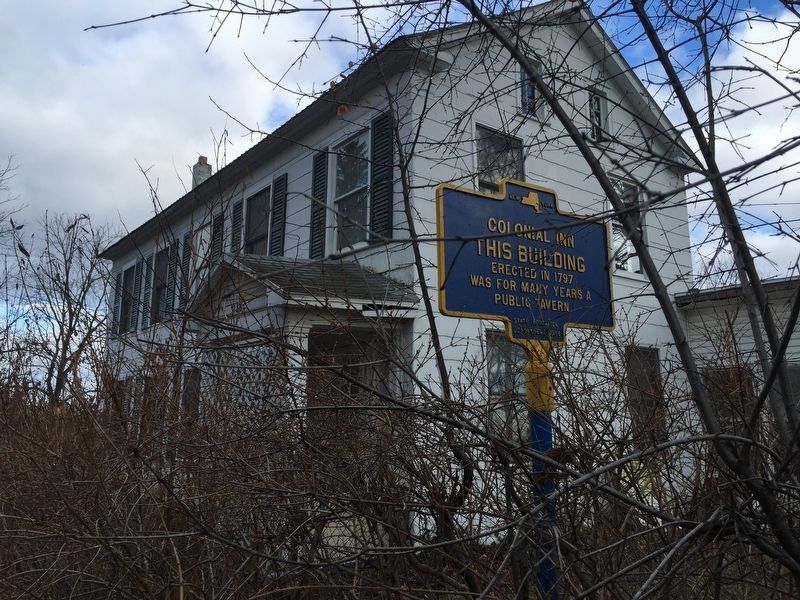 By Steve Stoessel, December 3, 2018
1. Colonial Inn Marker
Inscription.
Colonial Inn. . This building erected in 1797 was for many years a public tavern . This historical marker was erected in 1936 by State Education Department. It is in Ballston Spa in Saratoga County New York

Regarding Colonial Inn. "The court-house stood on the west side of the road, opposite the large dwelling-house, formerly a tavern, now owned by David R. Harlow,, rented, however, to other parties. Mr. Harlow's residence is south of the court-house site, on the same side of the road. Abner Harlow, father of David R., came to this town from Vermont, reaching here the day after the court-house burned, and settled a half-mile west of the hill, on what is now the place of James Young." from a "History of Saratoga County" Chapter 31.