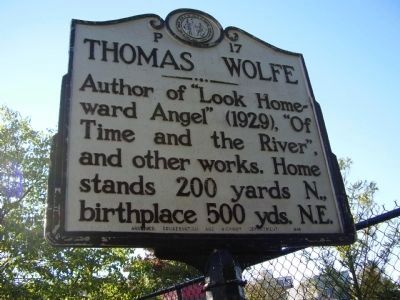 Photographed By Stanley and Terrie Howard, October 19, 2008
1. Thomas Wolfe Marker
Inscription.
Thomas Wolfe. . Author of "Look Homeward Angel" (1929)."Of Time and the River", and other works. Home stands 200 yards N., birthplace 500 yds. N.E. . This historical marker was erected in 1945 by Archives Conservation and Highway Departments. It is in Asheville in Buncombe County North Carolina

Topics and series. This historical marker is listed in this topic list: Arts, Letters, Music. In addition, it is included in the North Carolina Division of Archives and History series list. 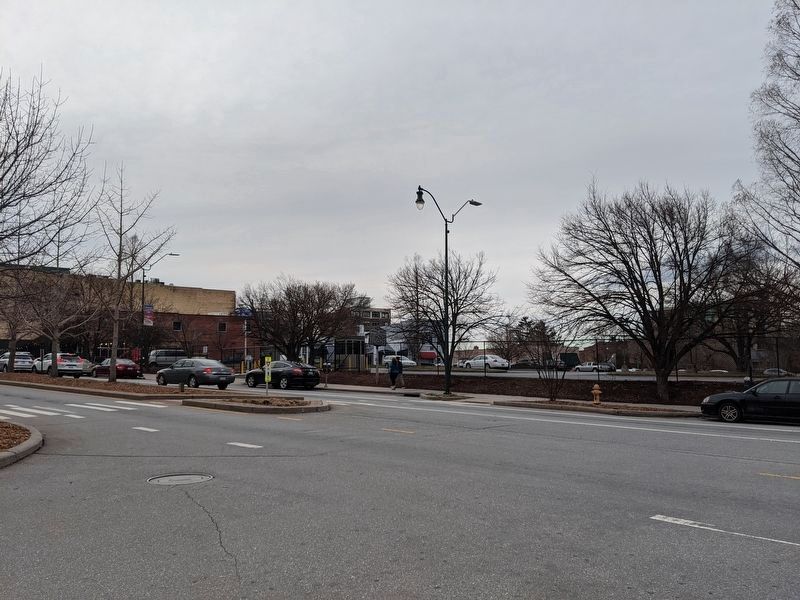 Related markers. Click here for a list of markers that are related to this marker. Other Wolfe markers.