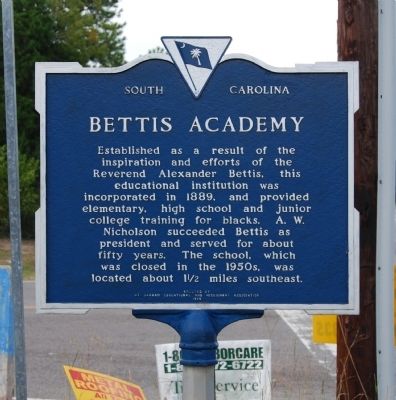 Photographed By Brian Scott, October 10, 2008
1. Bettis Academy Marker
Inscription.
Bettis Academy. . , Established as a result of the inspiration and efforts of the Reverend Alexander Bettis, this coeducational institution was incorporated in 1889 and provided elementary, high school, and junior college training for blacks. A.W. Nicholson succeeded Bettis as president and served about fifty years. The school, which closed in the 1950s, was located about 1 1/2 miles southeast. . This historical marker was erected in 1979 by Mt. Canaan Educational and Missionary Association. It is in Trenton in Edgefield County South Carolina

Established as a result of the inspiration and efforts of the Reverend Alexander Bettis, this coeducational institution was incorporated in 1889 and provided elementary, high school, and junior college training for blacks. A.W. Nicholson succeeded Bettis as president and served about fifty years. The school, which closed in the 1950s, was located about 1 1/2 miles southeast.

Topics. This historical marker is listed in these topic lists: African Americans • Churches & Religion • Education. A significant historical year for this entry is 1889.

Other nearby markers. At least 10 other markers are within 8 miles of this marker, measured as the crow flies. Mt. Canaan Baptist Church (approx. ¼ mile away); a different marker also named Bettis Academy 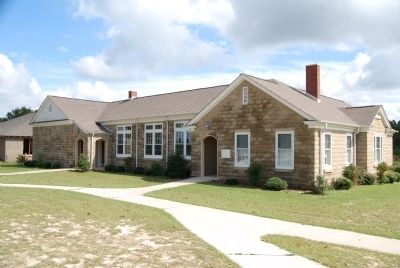 Photographed By Brian Scott, October 10, 2008
2. Bettis Academy -
Biddle Hall (1942)
One of the few surviving buildings from the academy, it has been restored and now houses an African American history museum.

Also see . . .
1. Bettis Academy and Junior College. Bettis Academy and Junior College, established in 1881 and closed in 1952, is significant for its role in the primary, secondary, and higher education of African Americans in what is now Edgefield, Aiken, Greenwood, and Saluda Counties from the late nineteenth through the mid-twentieth century. (Submitted on October 21, 2008, by Brian Scott of Anderson, South Carolina.) 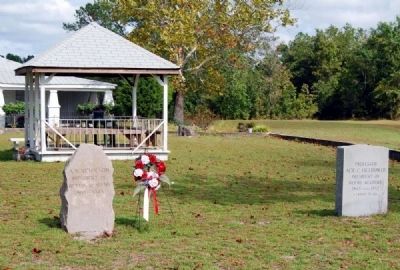 Photographed By Brian Scott, October 10, 2008
3. Bettis Academy Park
Memorials to A.W. Nicholson & A.C. Highwater
as a school for African-Americans at a time when educational opportunities for blacks were practically nonexistent. (Submitted on October 21, 2008, by Brian Scott of Anderson, South Carolina.)

3. Brief Sketch of the Life and Labors of Rev. Alexander Bettis by Alfred W. Nicholson. (Submitted on October 21, 2008, by Brian Scott of Anderson, South Carolina.)

Additional commentary.
1. Bettis Academy and Junior College
Bettis Academy and Junior College, located on what was once a campus of fourteen classrooms, dormitory, and related buildings near Trenton, in Edgefield County, South Carolina, now consists of three historic buildings and one historic landscape, all dating from the last twenty years of the institution, which closed in 1952.

These properties contribute to the historic character of the campus: 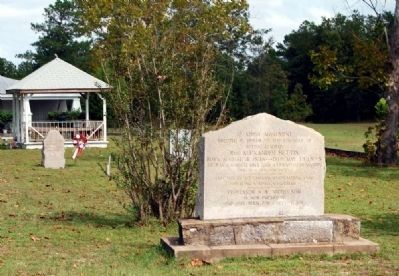 2. Classroom Building (ca. 1935): This bungalow-influenced, stuccoed-brick building with expansive V-crimp metal-clad hip roof was constructed by students to house classrooms and later included some dormitory space as well. It features exposed rafter tails, gable hoods with knee-braces over entry stoops on the principal facade and both side elevations, and tripartite windows, some of the sash of which is no longer intact. The building is presently (1998) used in part for storage; however, is largely unused.

3. Biddle Hall (1942): Also constructed of rock-faced with tooled draft imitation stone blocks molded by student labor, the building was named for Mr. and Mrs. Clement S. Biddle of New york, who donated the funds for a "modern home economics unit" at Bettis Academy and Junior College. Of the three intact historic academic buildings now on the campus, Biddle Hall exhibits the most stylistic sophistication. In form it is more akin to the classically-inspired or Colonial Revival secondary schools of the rural South. It features a H or I plan, whereby it has a lateral middle section that is flanked by gable-front 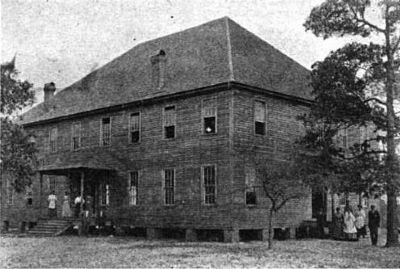 Brief Sketch of the Life and Labors of Rev. Alexander Bettis by Alfred W. Nicholson.
5. Early Bettis Academy
Main School Building, Chapel, and Recitation Rooms
No Longer Standing
wings which extend to the front and rear. At the center of the building's facade, it features three paired windows of six-over-six light sash [presently boarded over to protect it from the elements]. At the left (northwest) wing is a solid wall with pedimented gable clad in weatherboard and featuring a bull's eye window or oculus. A roof extension at the interior corner provides for a segmental-arched portal entry. At the right (southwest) wing (principal entry) is a three-bay wing with an engaged segmental-arched portal, two single six-over-six, double-hung sash windows, and gable with boxed cornice and returns. A marble inlaid tablet next to the entry reads "Biddle Hall Erected 1942." Window openings around the building are either single or paired, each with six-over-six, double-hung sash. As the ground recedes towards the building's rear, a brick foundation and water table become more visible. A one-bay boxed cornice with returns cross gable is present at center of southwest (side) elevation. At least three corbel-sapped chimneys rise above the roofline. On the building's interior, in the home demonstration segment, can be seen a decorative brick fireplace with simple mantel shelf in the living room, built-in closets, and a kitchen. Other segments include partitioned areas for sewing, cooking, and assembly. Presently (1998) vacant/not in use, plans are underway to raise 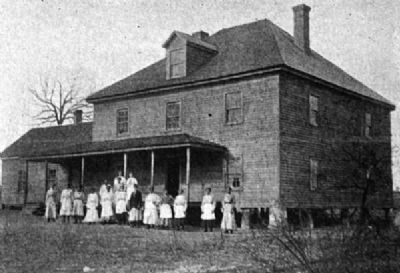 Brief Sketch of the Life and Labors of Rev. Alexander Bettis by Alfred W. Nicholson.
6. Bettis Academy -
Howland Hall for Girls (1911)
A gift of Miss Emily Holland of New York
funds for its renovation as an African-American museum.

Statement of Significance
Bettis Academy and Junior college, established in 1881 and closed in 1952, is significant for its role in the primary, secondary, and higher education of blacks in what is now Edgefield, Aiken, Greenwood, and Saluda Counties from the late nineteenth century through the mid-twentieth century, in a period when black education was neglected by many of the public and private institutions in South Carolina.

Alexander Bettis (1836-1895), founder of Bettis Academy, was born a slave on a nearby Edgefield District plantation owned by a widow Jones and worked as an overseer and sawmill manager during the Civil War. In 1868, after the local Baptist association refused to ordain him, Bettis and a group of seventeen blacks, helped by three ministers affiliated with the association, organized Mt. Canaan Baptist Church ten miles west of Trenton. Bettis, once ordained by the newly-established church, then helped organize as many as forty Baptist churches in the area, serving four 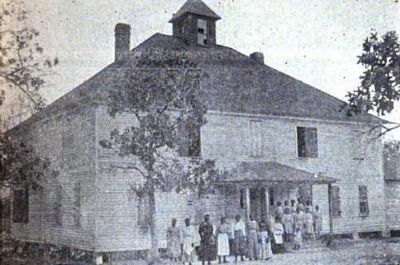 Bettis Academy was an outgrowth of the Mt. Canaan Educational Association, founded in 1880 by Bettis and other ordained ministers and representatives of various black Baptist churches in the area. The association, created to raise money and establish schools to serve the black community, purchased 27 acres at this site near the boundary of Edgefield and Aiken Districts and set aside the remainder of its funds for lumber. The land was cleared in the summer of 1881, and after the first school building -- a one-room frame classroom building -- was completed that fall it was dedicated and opened on New Years' Day 1882. The school became a boarding school in its earliest years, with a girls' dormitory built in 1883 and a boys' dormitory built in 1884. The curriculum at Bettis Academy included, in addition to the standard academic subjects, religious instruction, teacher training, and instruction in farming and home economics. Under the leadership of Alfred W. Nicholson, who served as principal 1900-1945, Bettis Academy expanded its student body to more than 1,000 students, its campus to fourteen buildings on more than 300 acres, and its curriculum to include instruction from the first grade through the junior college level. The academy and junior college, always strapped for funding 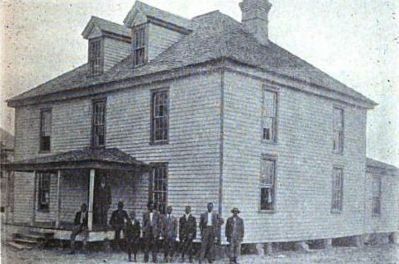 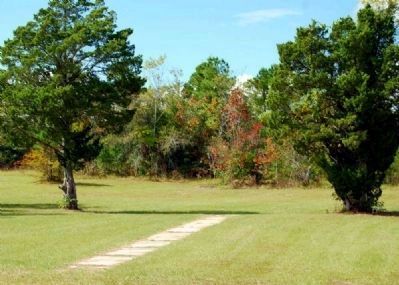 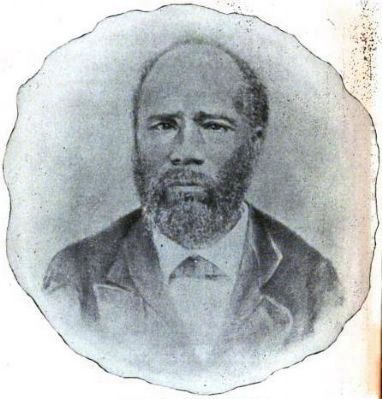 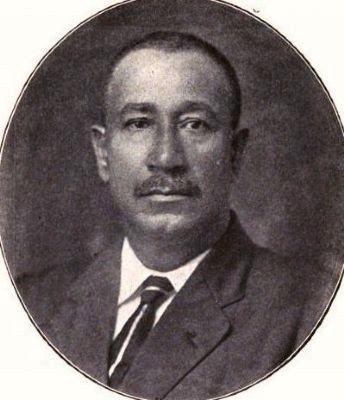 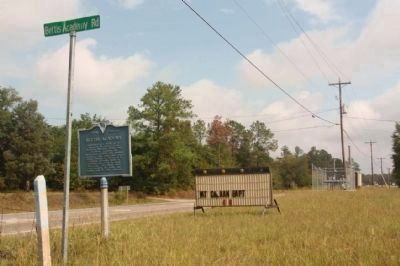 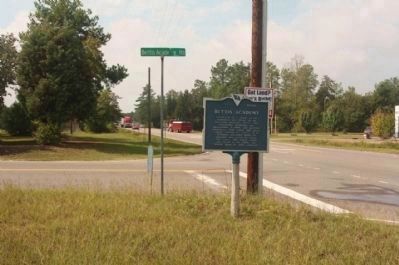