— Preserving the Heritage of Po‘ipū & Kōloa — 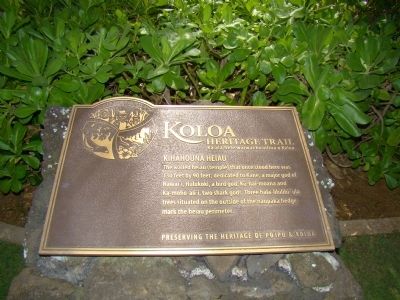 The walled heiau (temple) that once stood here was 130 feet by 90 feet; dedicated to Kāne, a major god of Hawai‘i, Hulokoki, a bird god, Kū-hai-moana and Ka-moho-ali‘i, two shark gods. Three hala-lihilihi-‘ula trees situated on the outside of the naupaka hedge mark the heiau perimeter.

Location. 21° 52.433′ N, 159° 27.417′ W. Marker is in Poipu, Hawaii, in Kauai County. Marker can be reached from Poipu Road east of the Poipu Road traffic circle, on the right when traveling east. Marker is on the beach walk at the Marriott Waiohai Beach Resort, at the public beach access walk that runs on the western side of the property. Touch for map. Marker is at or near this postal address: 2249 Poipu Road, Koloa HI 96756, United States of America. Touch for directions.

Other nearby markers. At least 8 other markers are within 2 miles of this marker, measured as the crow flies. Po‘ipū Beach Park (approx. 0.2 miles away); Pā‘ū a Laka (Moir Gardens) (approx. ¼ mile away); Hapa Road 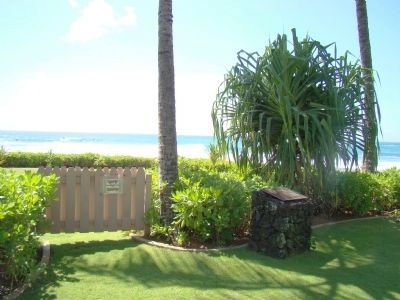 Photographed By J. J. Prats, October 19, 2008
2. Kihāhouna Heiau Marker
Marker is next to the gate into the heiau site marked “Kapu” which means “Do Not Enter”

Also see . . .  The Story of Kolōa: A Kaua‘i Plantation Town. 2001 book by Donald Donohugh. “This heiau is the origin of the name Kiahuna ... with the spelling simplified for visitors. It was built under the direction of the district chief Kina in the sixteenth century and dedicated to the gods of the sea. The heiau originally had walls four to six feet high in a rectangle 100 feet by 130 feet, with oracle towers, an altar, and several wooden images on its platform.” (Submitted on October 22, 2008.) 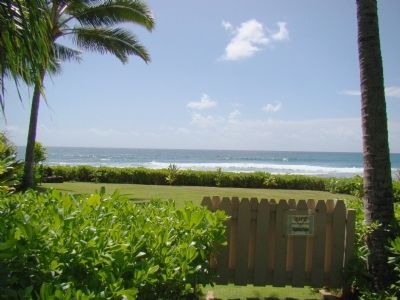 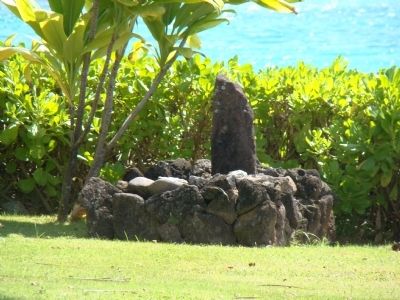 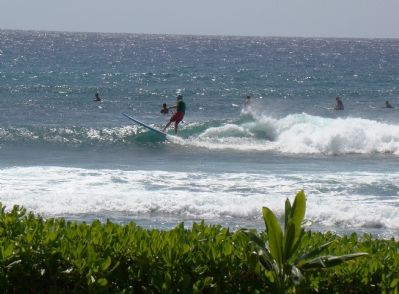