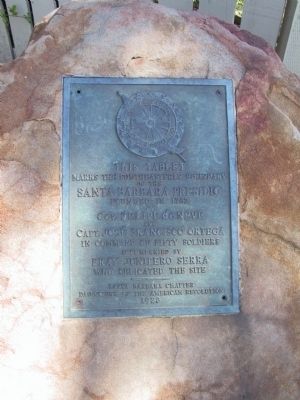 This tablet marks the southeasterly boundary of the Santa Barbara Presidio founded in 1782 by Gov. Felipe de Neve and Capt. Jose Francisco Ortega in command of fifty soldiers accompanied by Fray Junipero Serra who dedicated the site.

Erected 1928 by Santa Barbara Chapter Daughters of the American Revolution.

Topics and series. This historical marker is listed in these topic lists: Notable Places • Settlements & Settlers. In addition, it is included in the Daughters of the American Revolution series list. A significant historical year for this entry is 1782. 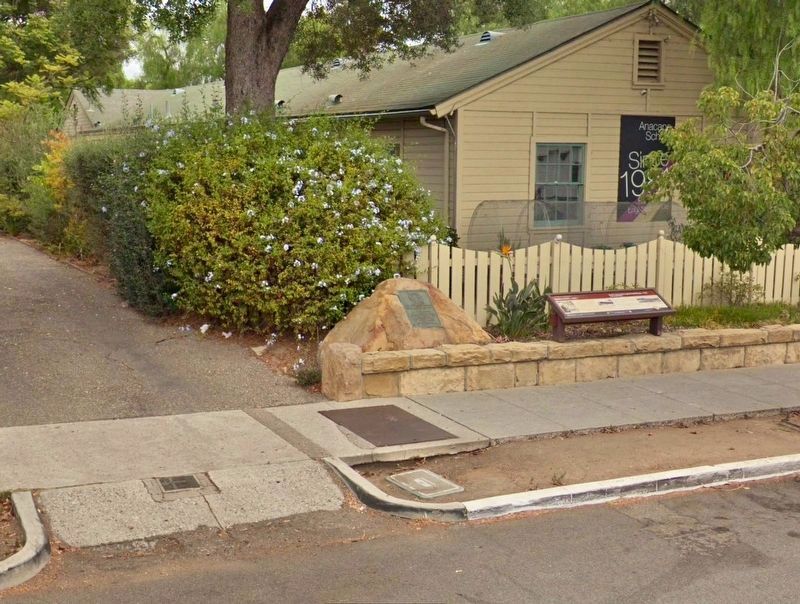 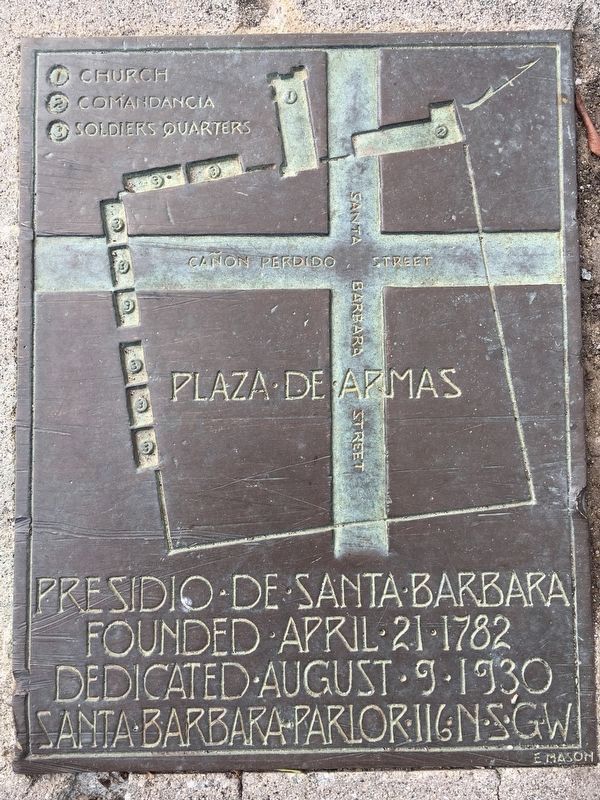