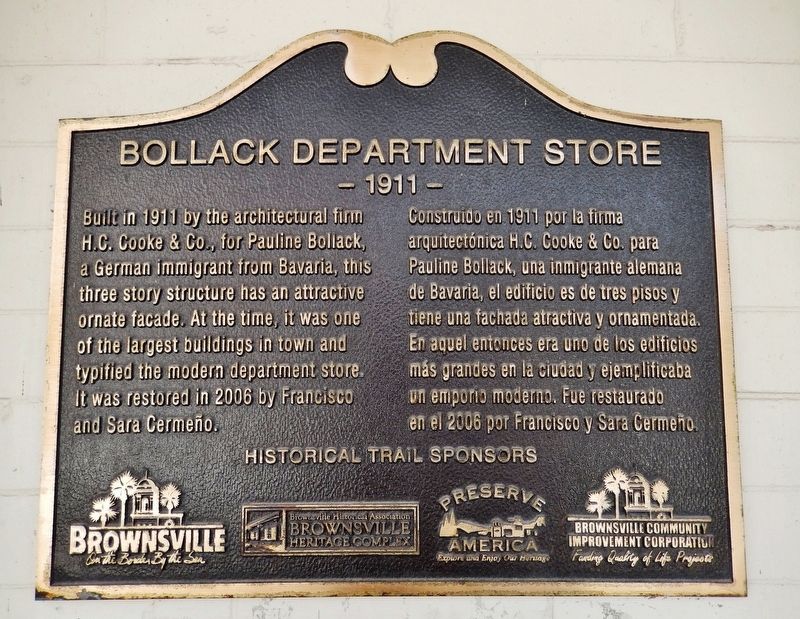 Photographed By Cosmos Mariner, May 18, 2018
1. Bollack Department Store Marker
Inscription.
. This historical marker was erected by Brownsville Historical Association. It is in Brownsville in Cameron County Texas

(English)
Built in 1911 by the architectural firm H.C. Cooke & Co., for Pauline Bollack, a German immigrant from Bavaria, this three story structure has an attractive ornate façade. At the time, it was one of the largest buildings in town and typified the modern department store. It was restored in 2006 by Francisco and Sara Cermeno.