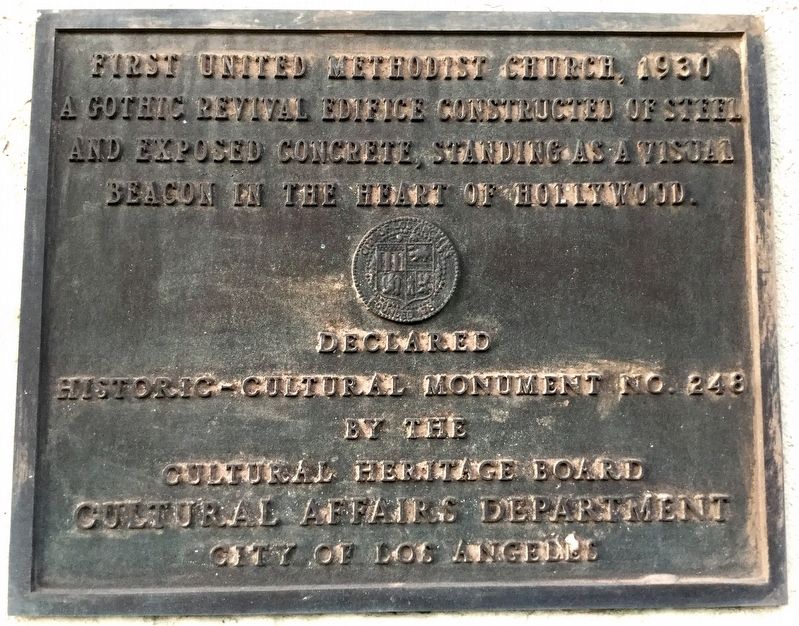 First United Methodist Church, 1930. A Gothic revival edifice constructed of steel and exposed concrete, standing as a visual beacon in the heart of Hollywood.

Topics and series. This historical marker is listed in these topic lists: Architecture • Churches & Religion. In addition, it is included in the City of Los Angeles Historic-Cultural Monuments series list. A significant historical year for this entry is 1930. 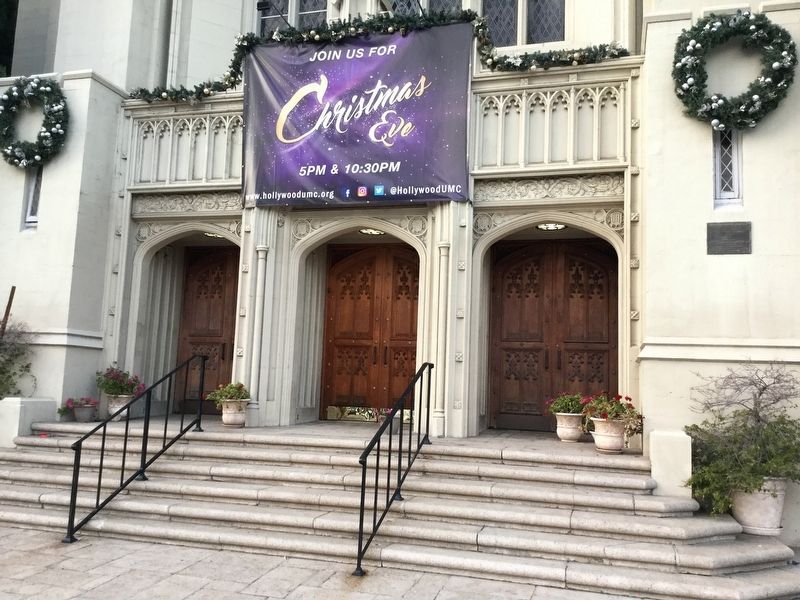 By Craig Baker, November 27, 2018
2. United Methodist Church Marker
The marker is to the right of the doors.

Regarding United Methodist Church. The first congregants started to organize in 1909. Church construction began in 1927, and the church opened in 1930.

The building was designed by Thomas P. Barber, and based in part on the English Gothic style of Westminster Hall in London.

Inside the tower is the historic Martindale Carillon, dedicated on December 8, 1945. These tubular bells were donated by the Charles Martindale family in honor of their two children who died on July 20, 1907 when the S.S. Columbia collided with the freighter S.S. Livingston. Consisting of 32 tubular bells, the carillon weighs nine tons, one of the largest of its kind.

In December 1981 the church was declared Historic-Cultural Monument #248 by the City of Los Angeles. 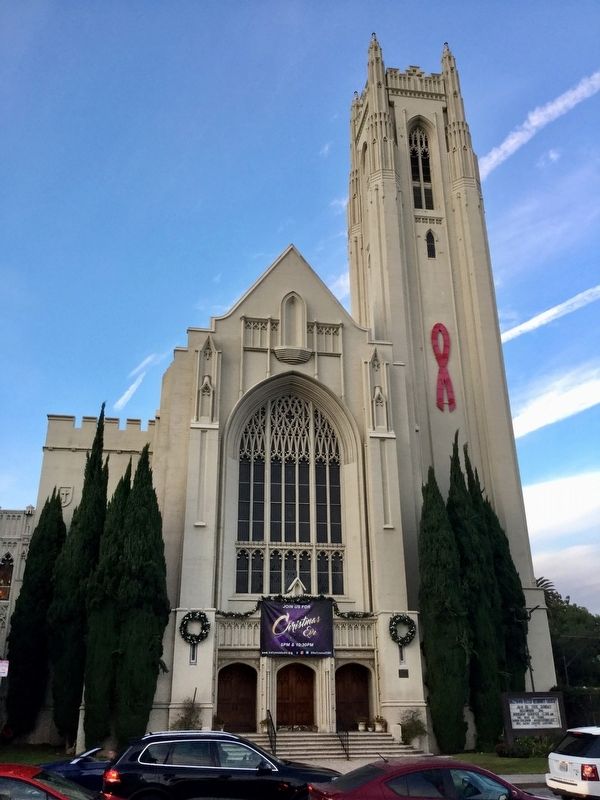