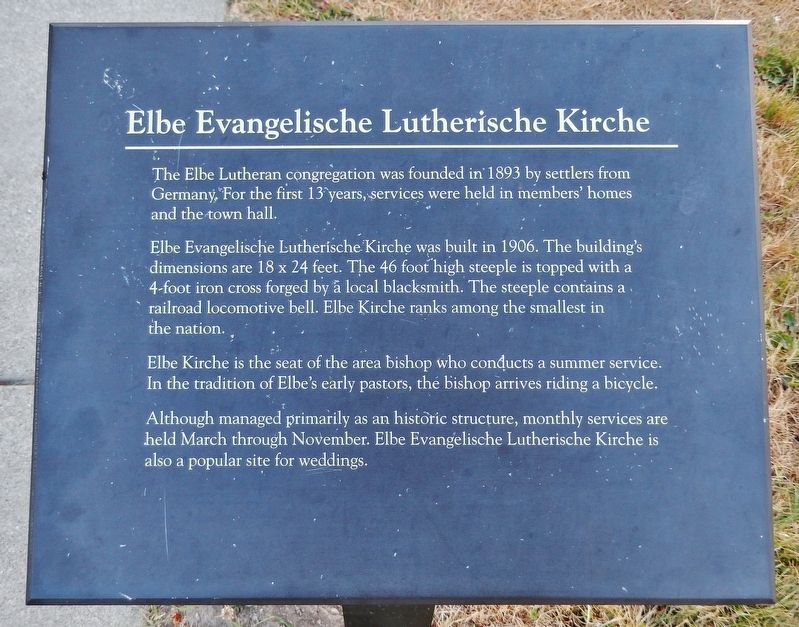 The Elbe Lutheran congregation was founded in 1893 by settlers from Germany. For the first 13 years, services were held in members' homes and the town hall.

Elbe Evangelische Lutherische Kirche was built in 1906. The building's dimensions are 18 x 24 feet. The 46 foot high steeple is topped with a 4-foot iron cross forged by a local blacksmith. The steeple contains a railroad locomotive bell. Elbe Kirche ranks among the smallest in the nation.

Elbe Kirche is the seat of the area bishop who conducts a summer service. In the tradition of Elbe's early pastors, the bishop arrives riding a bicycle.

Although managed primarily as an historic structure, monthly services are held March through November. Elbe Evangelische Lutherische Kirche is also a popular site for weddings. 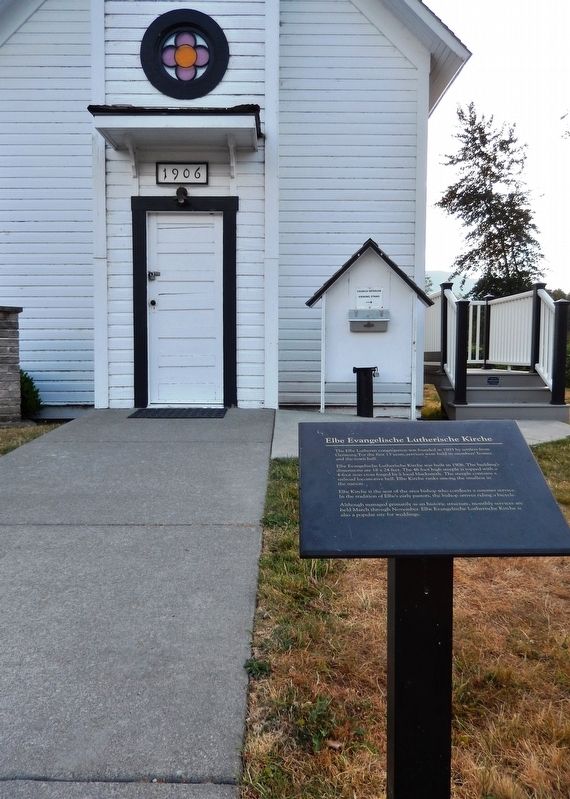 More about this marker. Marker is a laser-printed metal plaque, mounted horizontally on a waist-high post.

Also see . . .
1. About the Elbe Church. This tiny church sits on its original location in the beautiful foothills west of Mount Rainier. The town of Elbe, Washington, has a rich German heritage and bears the name of the founders' origin, the Elbe River valley near Hamburg, Germany. As it has since 1906, the church signifies peace and tranquility to residents and tourists alike. (Submitted on February 4, 2019, by Cosmos Mariner of Cape Canaveral, Florida.) 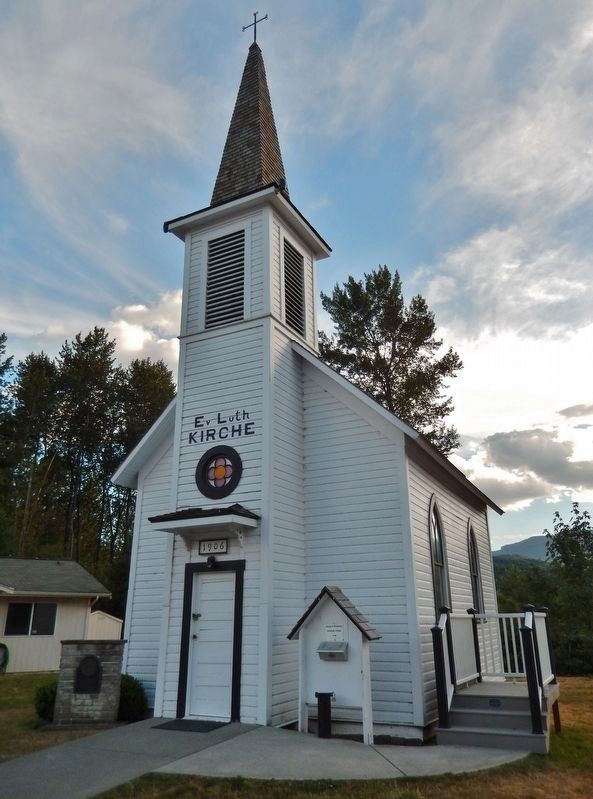 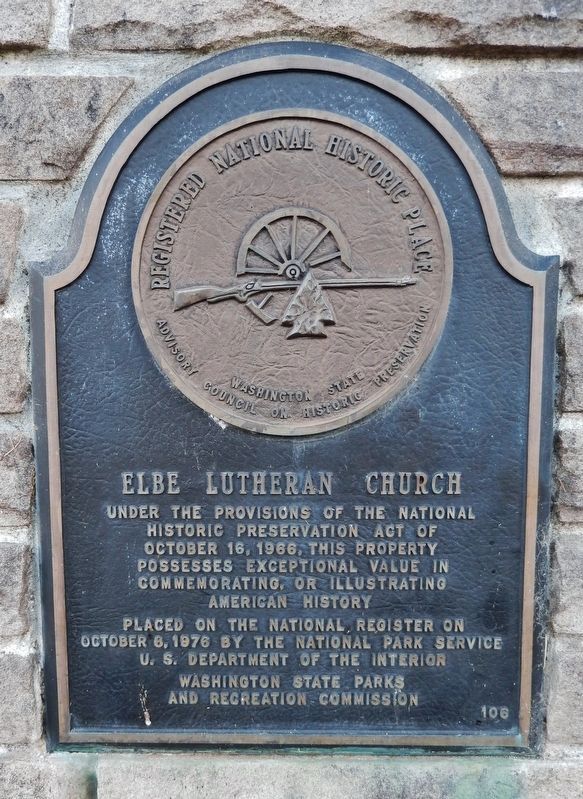 Placed on the National Register on
October 8, 1976 by the National Park Service
U.S. Department of the Interior 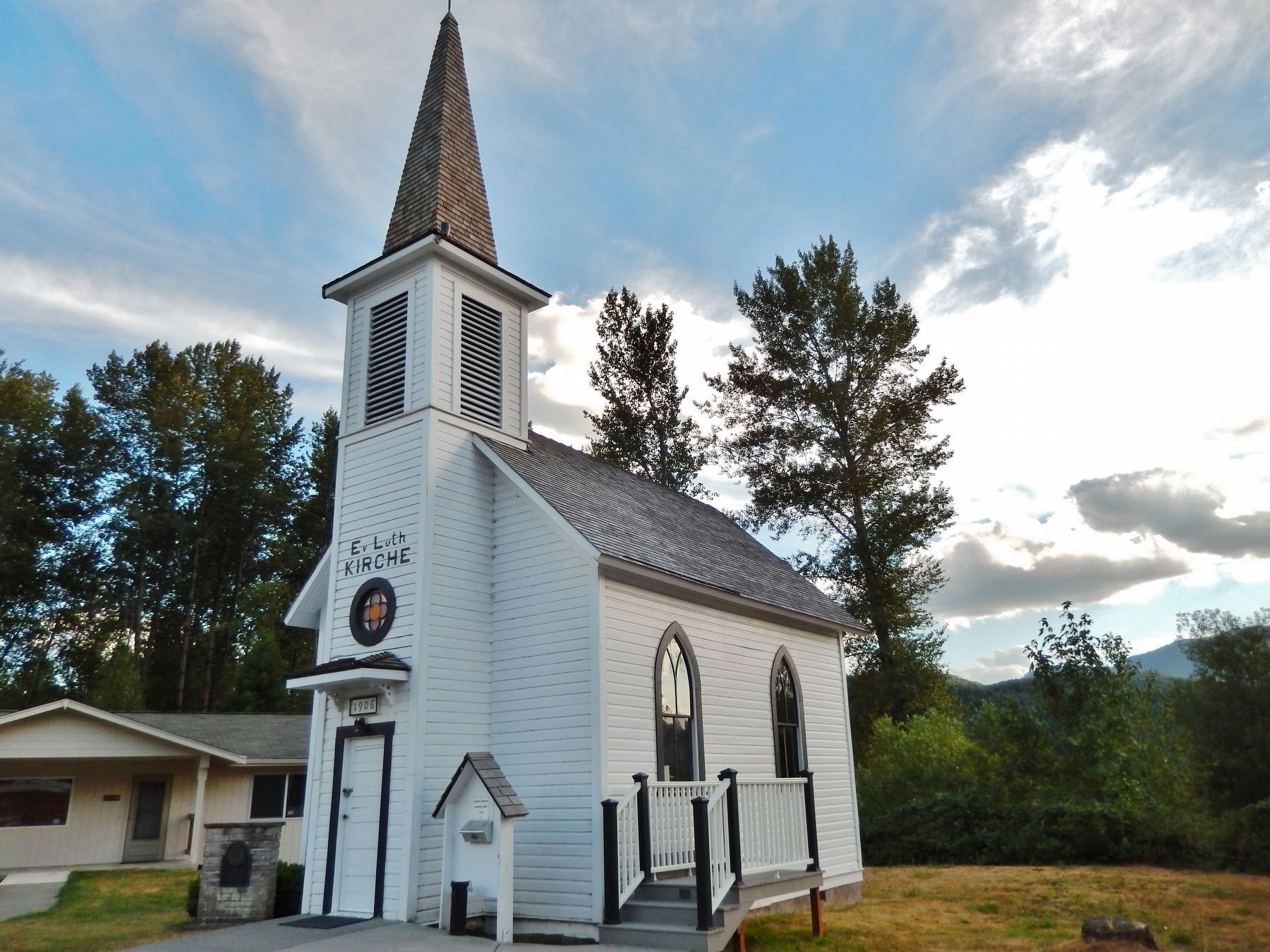