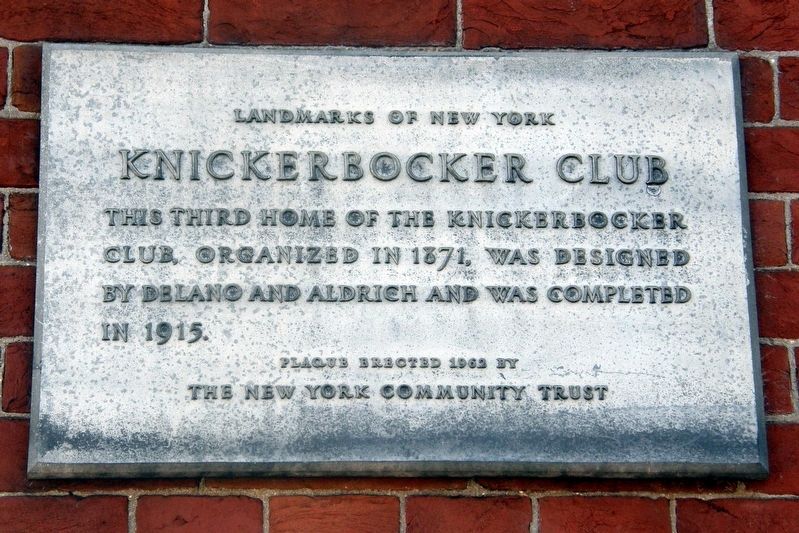 This third home of the Knickerbocker Club, organized in 1871, was designed by Delano and Aldrich and was completed in 1915.

Topics. This historical marker is listed in this topic list: Fraternal or Sororal Organizations. A significant historical year for this entry is 1871. 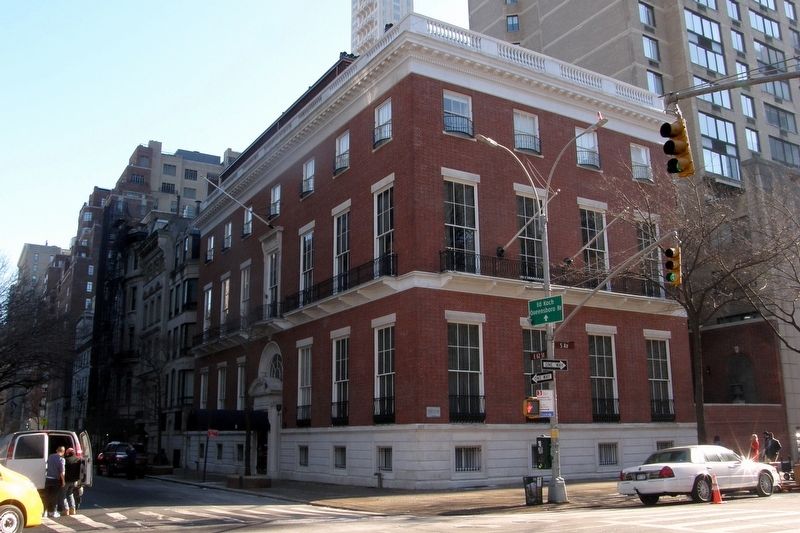 Click or scan to see
this page online
away); Original Statue of Liberty (about 700 feet away); Charles Evans Hughes (about 800 feet away). Touch for a list and map of all markers in New York.

Regarding Knickerbocker Club. The building is listed in the "AIA (American Institute of Architects) Guide to New York City, Fifth Edition".