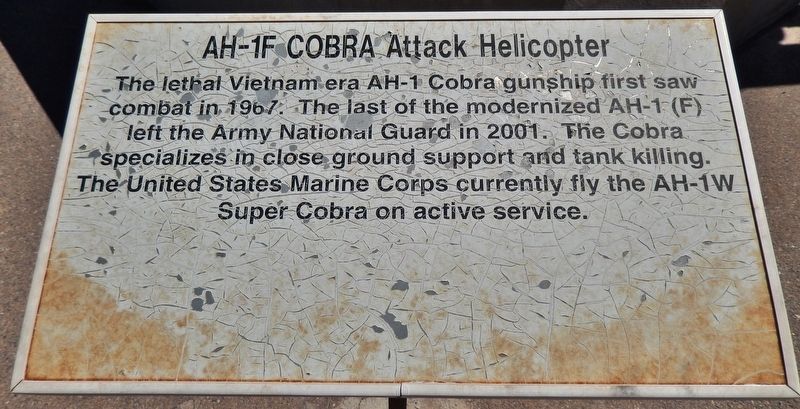 Topics. This historical marker is listed in these topic lists: Air & Space • Military • War, Vietnam. A significant historical year for this entry is 1967.

Location. 31° 49.31′ N, 106° 25.773′ W. Marker is in Fort Bliss, Texas, in El Paso County. Marker is on Marshall Road, 0.7 miles north of Cassidy Road, on the right when traveling north. Marker and subject helicopter are located on Fort Bliss Army Base, within the large military equipment exhibit directly in front of the Fort Bliss & Old Ironsides Museum entrance. The exhibit and museum are generally open to the public during normal business hours, after gaining clearance and access through the Fort Bliss main gate. Touch for map. Marker is at or near this postal address: 1735 Marshall Road, El Paso TX 79906, United States of America. Touch for directions.

Other nearby markers. At least 8 other markers are within walking distance of this marker. V2 Rocket (a few steps from this marker); "General of the Army Omar N. Bradley Flagpole" 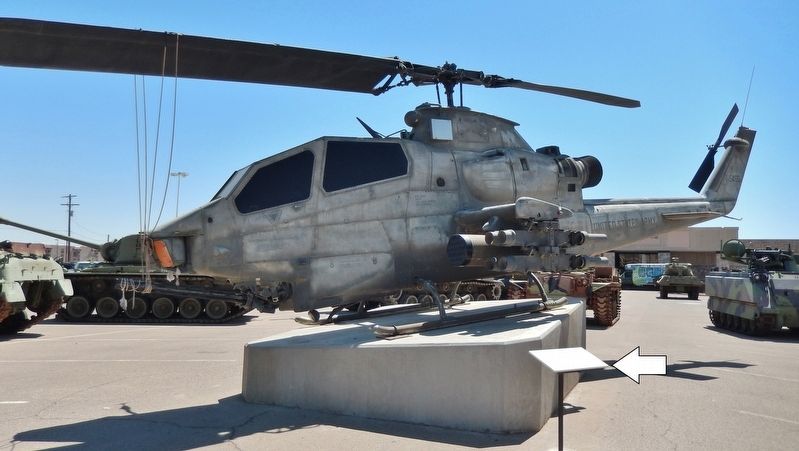 More about this marker. Marker is a painted and somewhat weathered metal plaque, mounted horizontally on a waist-high post.

Also see . . .  Bell AH-1 Cobra. Wikipedia entry:
The AH-1 was the backbone of the United States Army's attack helicopter fleet, but has been replaced by the AH-64 Apache in Army service. Upgraded versions continue to fly with the militaries of several other nations. The AH-1 twin-engine versions remain in service with United States Marine Corps (USMC) as the service's primary attack helicopter. (Submitted on March 1, 2019, by Cosmos Mariner of Cape Canaveral, Florida.) 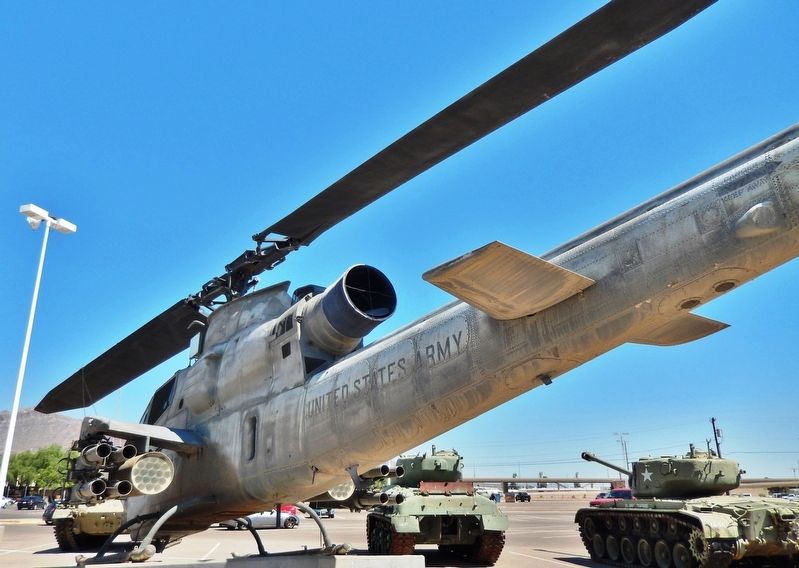 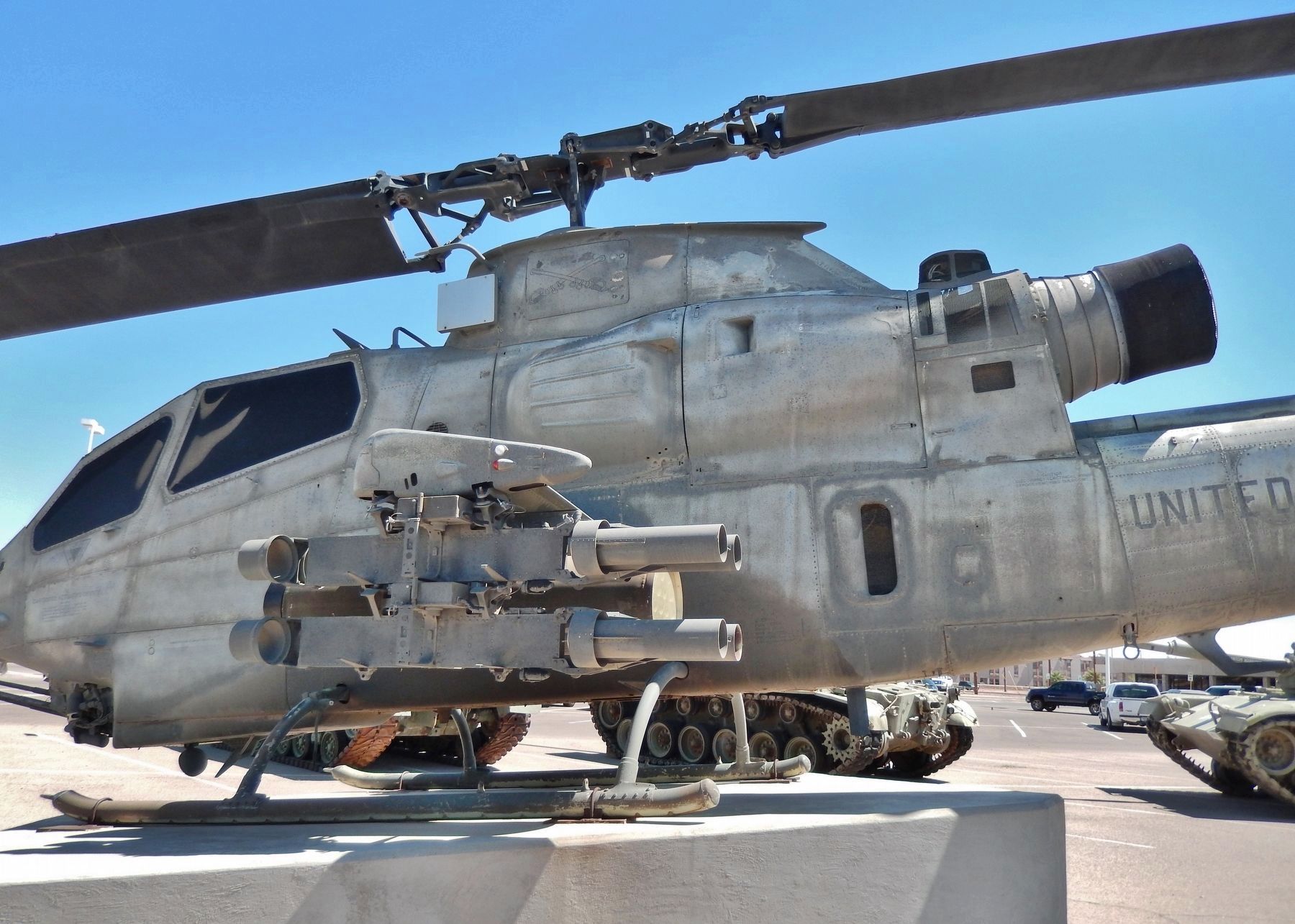