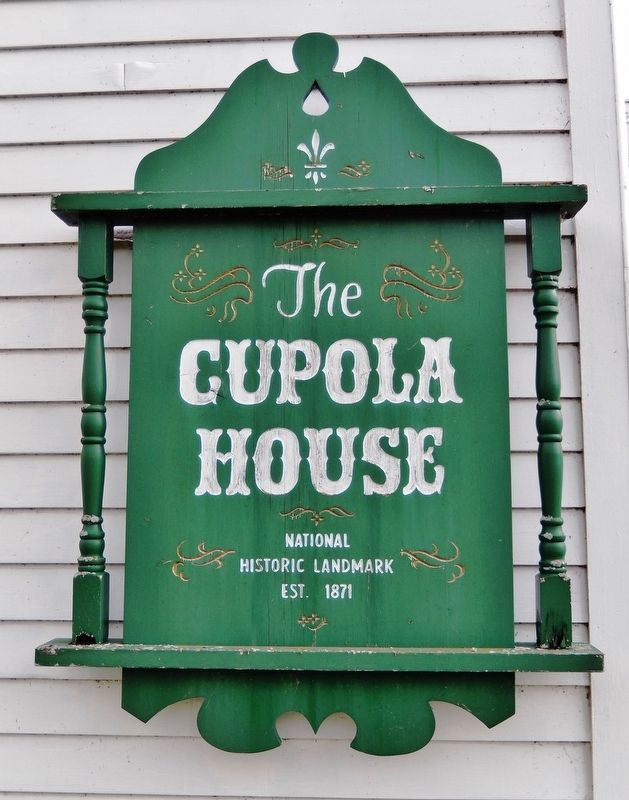 Topics. This historical marker is listed in these topic lists: Architecture • Notable Buildings.

Location. 45° 3.09′ N, 87° 16.828′ W. Marker is in Egg Harbor, Wisconsin, in Door County. Marker is on Egg Harbor Road (State Highway 42) south of Orchard Road, on the right when traveling north. Marker is a painted, wooden plaque, mounted at eye-level directly on the Cupola House, at the northwest corner of the building, facing north. Touch for map. Marker is at or near this postal address: 7836 Wisconsin Highway 42, Egg Harbor WI 54209, United States of America. Touch for directions. 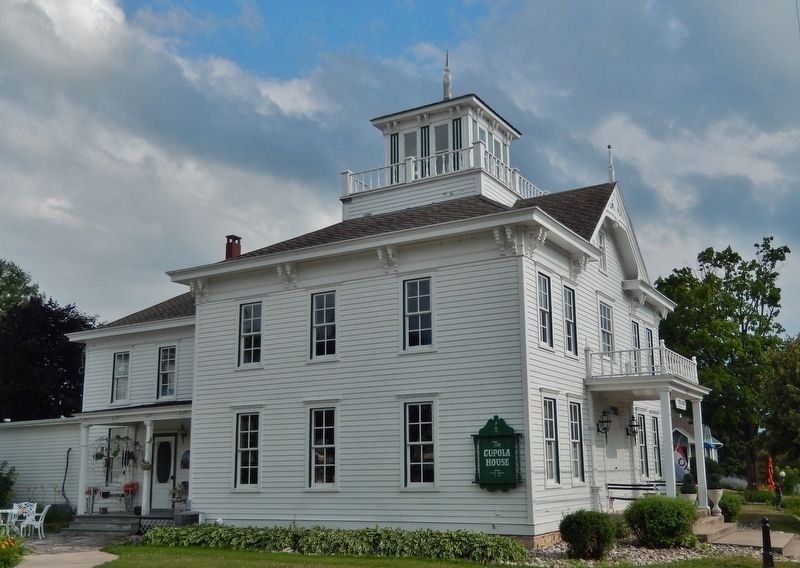 Also see . . .
1. Cupola House. Cupola House, built in 1871, is a stately example of Gothic revival style architecture and, as such, is rivaled by no other in Door County. This house was built by Levi Thorp, one of the earliest settlers in the Egg Harbor area, and reflects the position this early merchant had in the county. This house was paid for with gold dust he brought from California in a chamois money belt after the gold rush of 1849. He was particularly careful in the selection of wood for his new home and found knots unacceptable and, as renovation has revealed, he was most successful in avoiding them. (Submitted on March 3, 2019, by Cosmos Mariner of Cape Canaveral, Florida.) 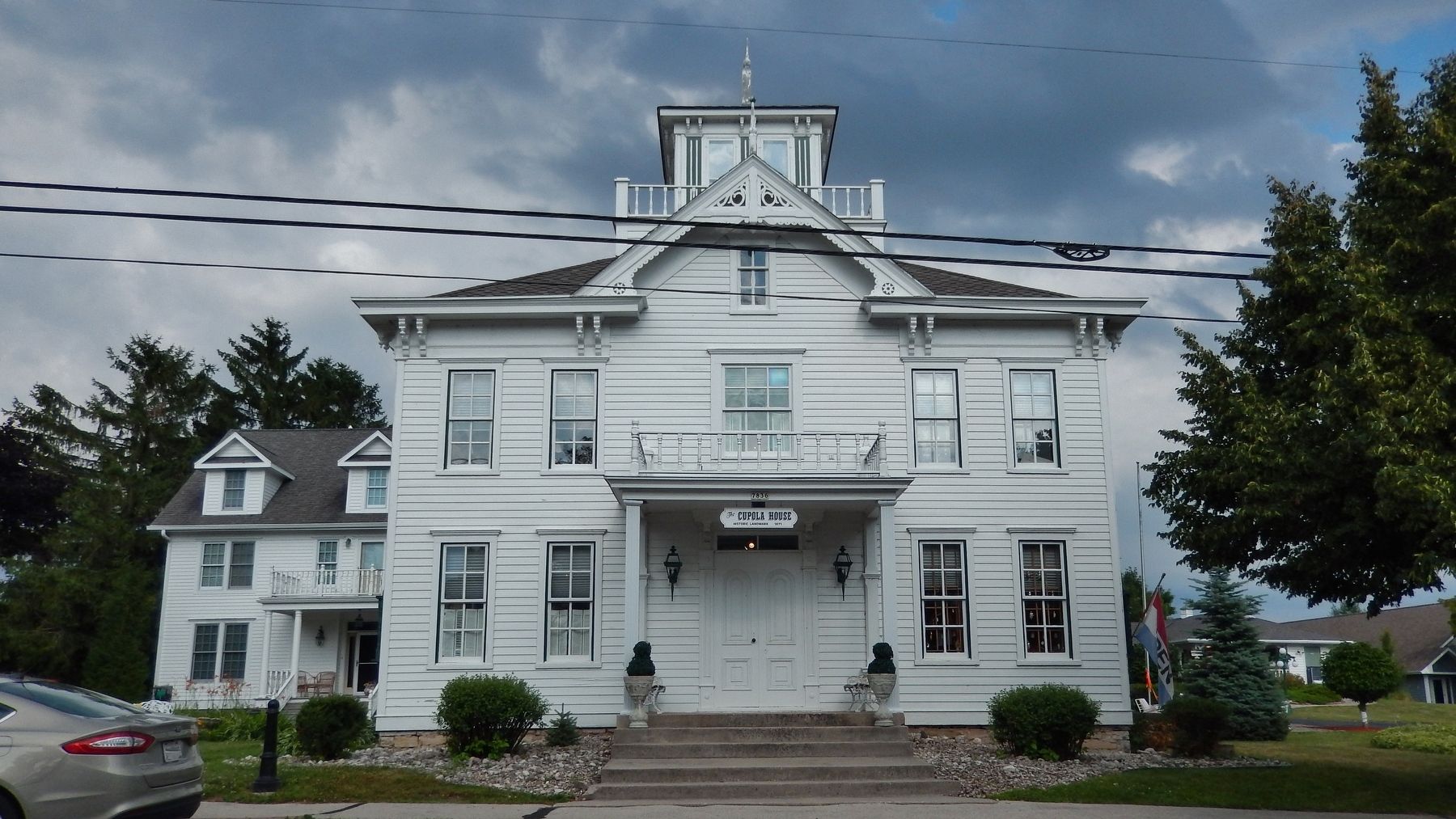