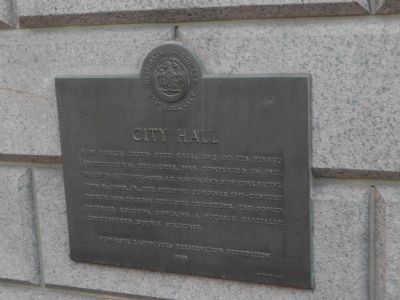 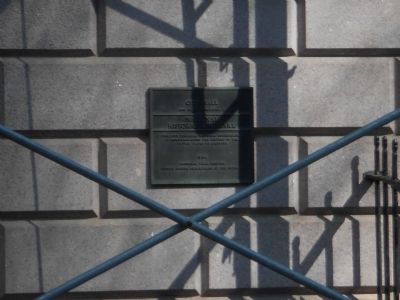 More about this marker. The marker is on the Broadway/Murray Street side of the building. With 9/11 security measures, it is visible only from a distance, unless there is an event like an Open House New York Tour.

Regarding City Hall. The building is listed in the "AIA (American Institute of Architects) Guide to New York City, Fifth Edition".

Also see . . .  Historic American Buildings Survey record for the New York City Hall. Library of Congress entry:
Significance: The New York City Hall has served since 1812 as the center of municipal government. Designed by John McComb, Jr. and Joseph Mangin in the Federal style with French Renaissance overtones, it has been praised as the most beautiful city hall in the United States. The symmetrical plan, crowning cupola, and delicate decorative details are among the outstanding features of the building. Not only is the building an exceptional design, but it also houses a notable collection of American painting and sculpture. (Submitted on March 6, 2013.) 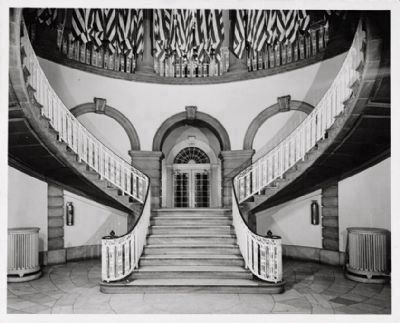 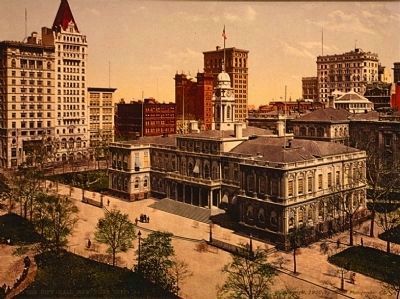 By Detroit Publishing Company, 1900
4. City Hall, circa 1900
Photochrom image provided courtesy of the Library of Congress 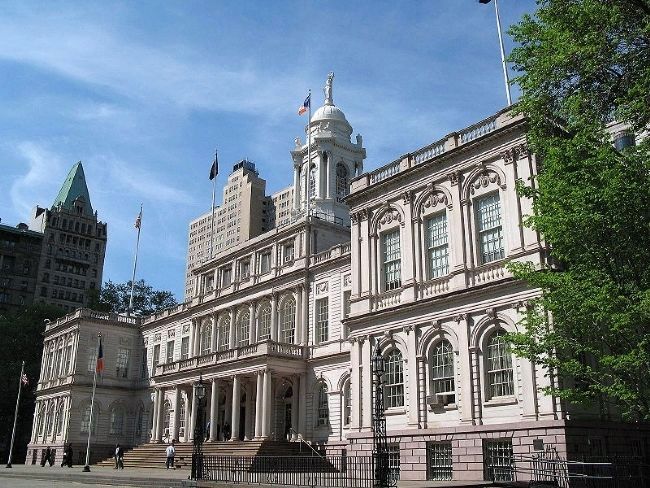