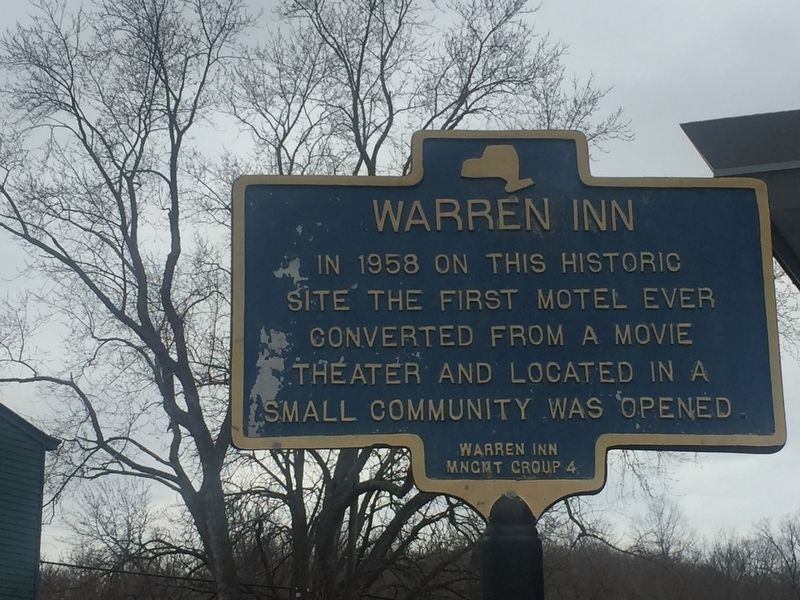 By Steve Stoessel, March 2, 2019
1. Warren Inn Marker
Inscription.
Warren Inn. . In 1958 on this historic site the first motel ever converted from a movie theater and located in a small community was opened . This historical marker was erected by Warren Inn Mngmt Group 4. It is in Hudson in Columbia County New York 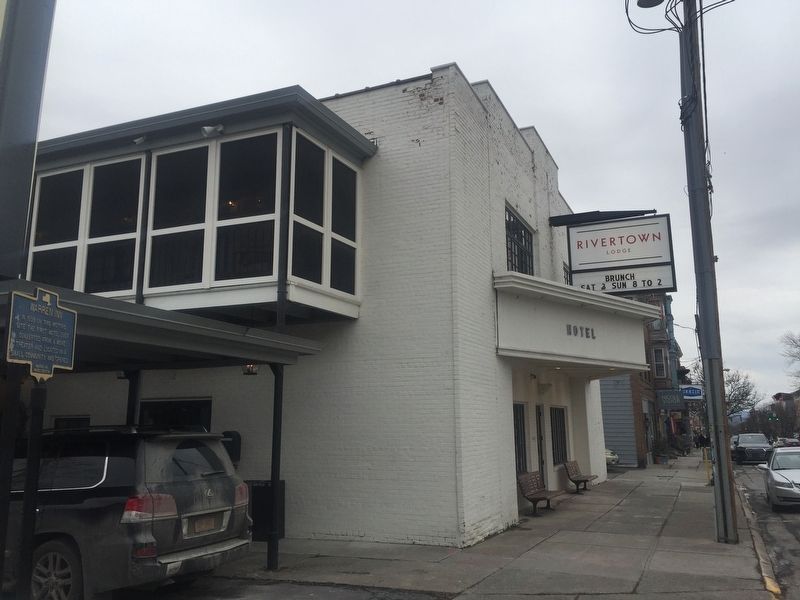