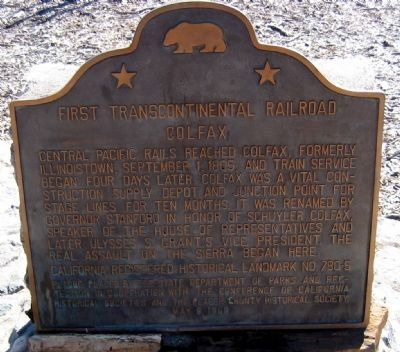 Photographed By Syd Whittle, February 7, 2006
1. First Transcontinental Railroad Marker - Colfax
Inscription.
Colfax. First Transcontinental Railroad. , Central Pacific Railroad reached Colfax, formerly Illinoistown September 1, 1865, and train service began four days later. Colfax was a vital construction supply depot and junction point for stage lines for ten months. It was renamed Governor Stanford in honor of Schuyler Colfax, Speaker of the House of Representatives and later Ulysses S. Grant’s Vice President. The real assault on the Sierra began here. . This historical marker was erected in 1969 by The State Department of Parks and Recreation in cooperation with The Conference of California Historical Societies and The Placer County Historical Society, May 9, 1969.. It is in Colfax in Placer County California

Erected 1969 by The State Department of Parks and Recreation in cooperation with The Conference of California Historical Societies and The Placer County Historical Society, May 9, 1969. (Marker Number 780-5.)

Topics and series. This historical marker is listed in this topic list: Railroads & Streetcars. In addition, it is included in the California Historical Landmarks, and the Transcontinental Railroad series lists. A significant historical date for this entry is September 1, 1780. 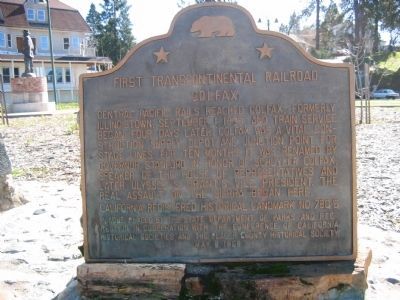 Photographed By Syd Whittle, February 7, 2006
2. Colfax Marker
The Schuyler Colfax Monument and Marker are behind this marker on the left

Click or scan to see
this page online
at the entrance to the AMTRAK Station. Touch for map. Marker is in this post office area: Colfax CA 95713, United States of America. Touch for directions.

More about this marker. Also See: Nearby Schuyler Colfax marker and all other California Transcontinental Railroad markers for additional information.

Regarding Colfax. This site has been designated as California Registered Historical Landmark No.780-5 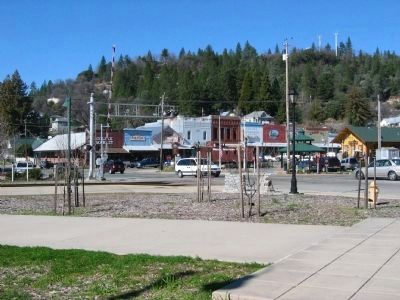 Photographed By Syd Whittle, February 7, 2006
3. Town of Colfax
Marker is on the front of base on the left in the center of photo. The Nevada County Narrow Gauge Railroad marker is located on the right. 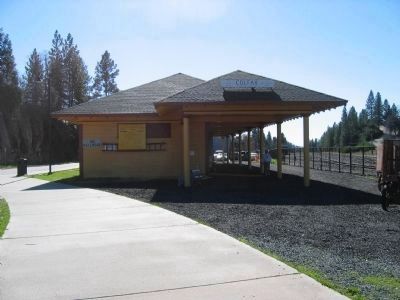 Photographed By Syd Whittle, February 7, 2006
4. Colfax Station
This building was placed on the National Register of Historical Places on January 15, 1999. 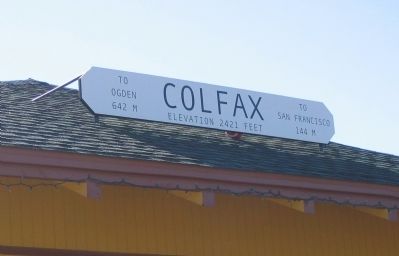 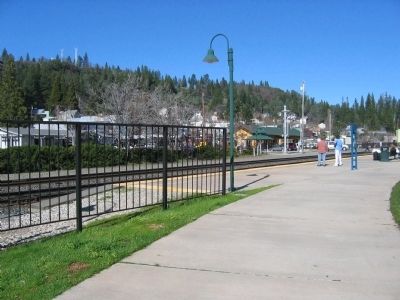 Photographed By Syd Whittle, February 7, 2006
6. Town of Colfax Looking from the AMTRAK Station 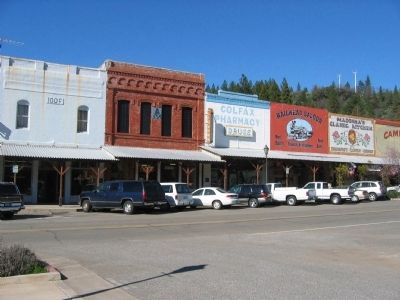