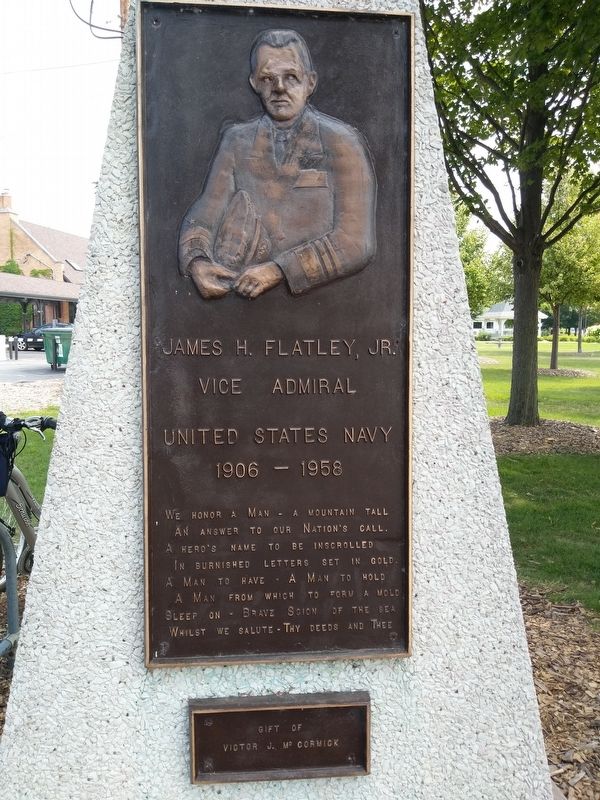 1906-1958
We honor a man - a mountain tall
An answer to our Nation's call.
A hero's name to be inscrolled
In burnished letters set in cold.
A man to have - A man to hold
A man from which to form a mold
Sleep on - Brave Scion of the Sea
Whilst we salute - thy deeds and thee 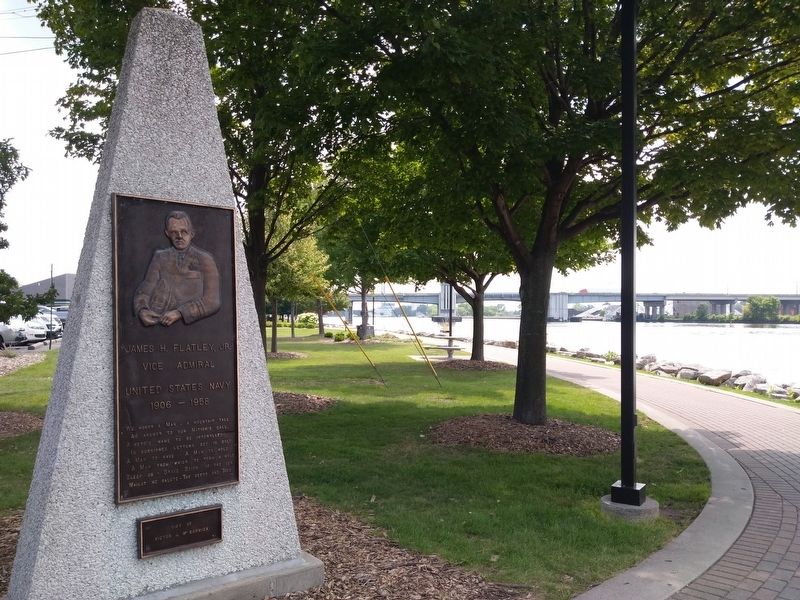 Click or scan to see
this page online
(within shouting distance of this marker); Augustin de Langlade (about 300 feet away, measured in a direct line); Elks Club (about 700 feet away). Touch for a list and map of all markers in Green Bay. 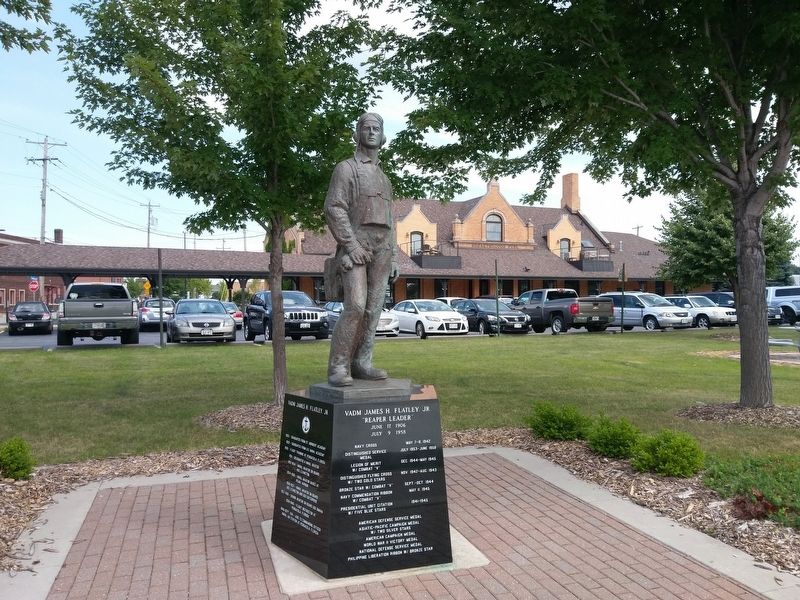