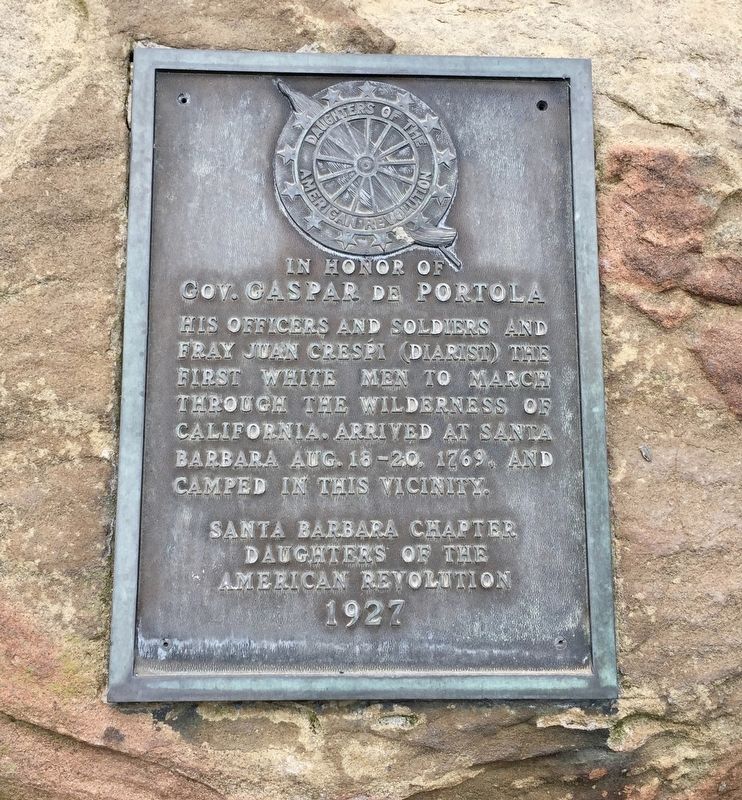 His officers and soldiers and Fray Juan Crespi (diarist) the first white men to march through the wilderness of California. Arrived at Santa Barbara Aug. 18-20, 1769, and camped in this vicinity.

Erected 1927 by Daughters of the American Revolution Santa Barbara Chapter.

Topics and series. This historical marker is listed in this topic list: Exploration. In addition, it is included in the Daughters of the American Revolution, and the Gaspar de Portolá Expedition series lists. A significant historical date for this entry is August 18, 1769. 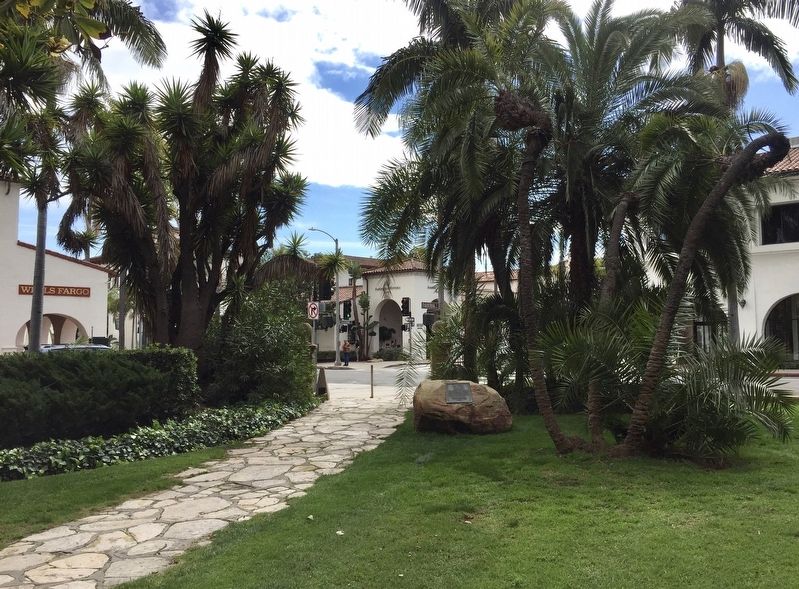 More about this marker. The marker is mounted to a rock, on the grounds of the Santa Barbara County Courthouse, at the southernmost part of the grounds. The marker may be difficult to see from the street because it is screened by trees.

Also see . . .  Gaspar de Portolá (Wikipedia). "Gaspar de Portolá y Rovira (1723–1786) was a Spanish soldier and administrator in New Spain. As commander of the Spanish colonizing expedition on land and sea that established San Diego and Monterey, Portolá expanded New Spain's Las Californias province far to the north from its beginnings on the Baja California peninsula. Portolá's expedition also was the first European to see San Francisco Bay. The expedition gave names to geographic features along the way, many of which are still in use." (Submitted on April 2, 2019.)
Credits. This page was last revised on April 8, 2019. It was originally submitted on April 2, 2019, by Andrew Ruppenstein of Sacramento, California. This page has been viewed 133 times since then and 11 times this year. Photos:   1, 2. submitted on April 2, 2019, by Andrew Ruppenstein of Sacramento, California.
Share This Page.