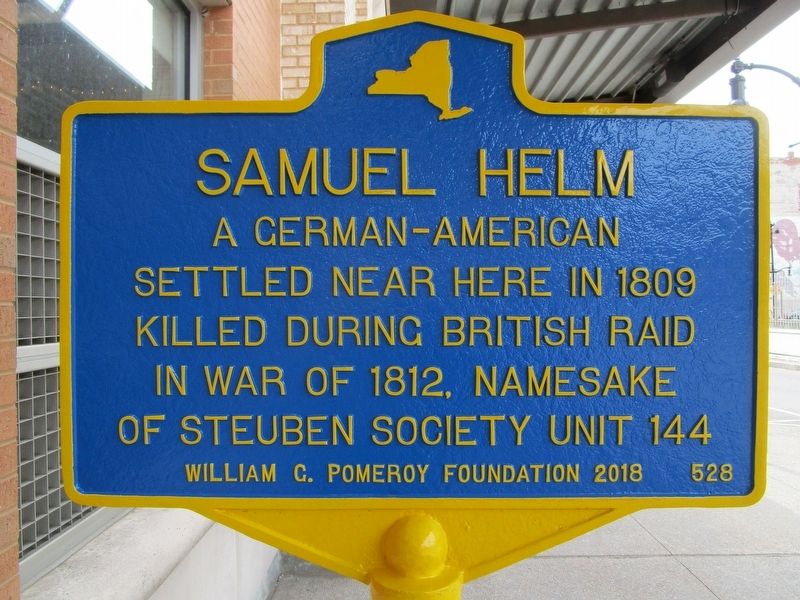 By Anton Schwarzmueller, April 7, 2019
1. Samuel Helm Marker
Inscription.
Samuel Helm. .
Samuel Helm A German-American settled near here in 1809 Killed during British raid in War of 18 12. Namesake of Steuben Society Unit 144 . . This historical marker was erected in 2018 by William G. Pomeroy Foundation. It is in Buffalo in Erie County New York

Samuel Helm
A German-American
settled near here in 1809
Killed during British raid
in War of 1812. Namesake
of Steuben Society Unit 144

Topics and series. This historical marker is listed in these topic lists: Settlements & Settlers • War of 1812. In addition, it is included in the William G. Pomeroy Foundation series list. A significant historical year for this entry is 1809.

Location. 42° 53.582′ N, 78° 52.308′ W. Marker is in Buffalo, New York, in Erie County. Marker is at the intersection of Main Street and East Tupper Street, on the right when traveling north on Main Street. Touch for map. Marker is at or near this postal address: 695 Main Street, Buffalo NY 14203, United States of America. Touch for directions. 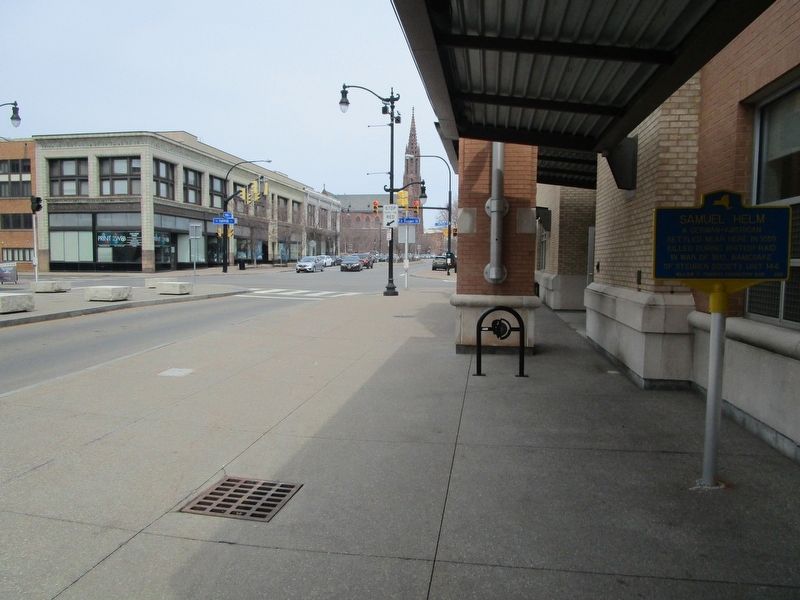 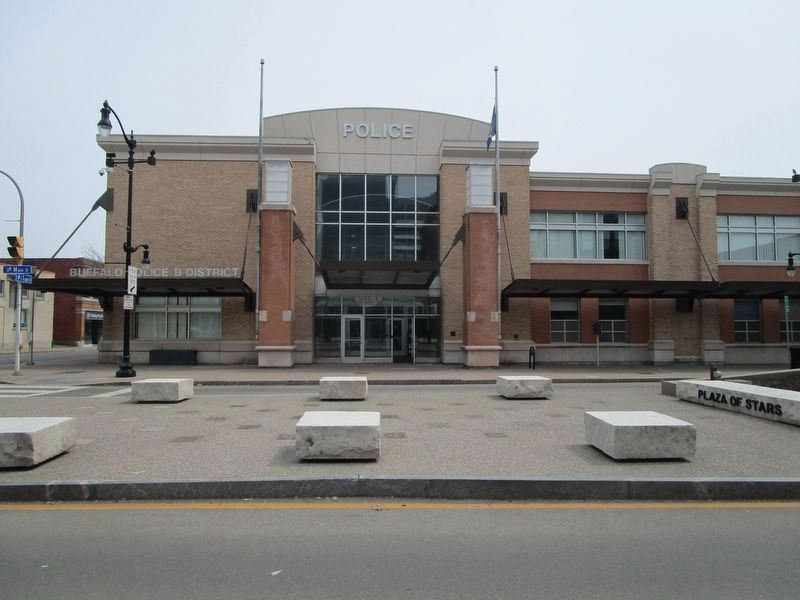