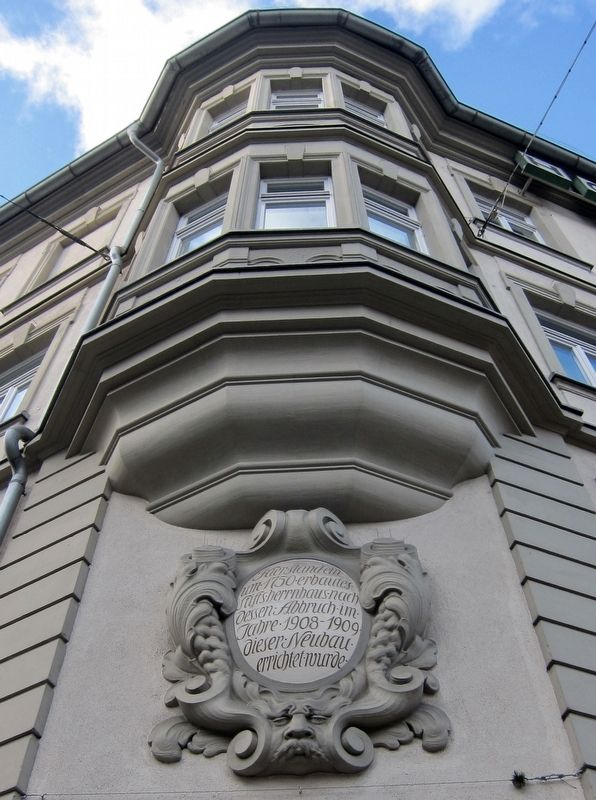 Here stood an ecclesiastical manor house (built about 1750), after whose demolition in 1908-09 this new building was erected. . This historical marker is in Würzburg Bavaria Germany