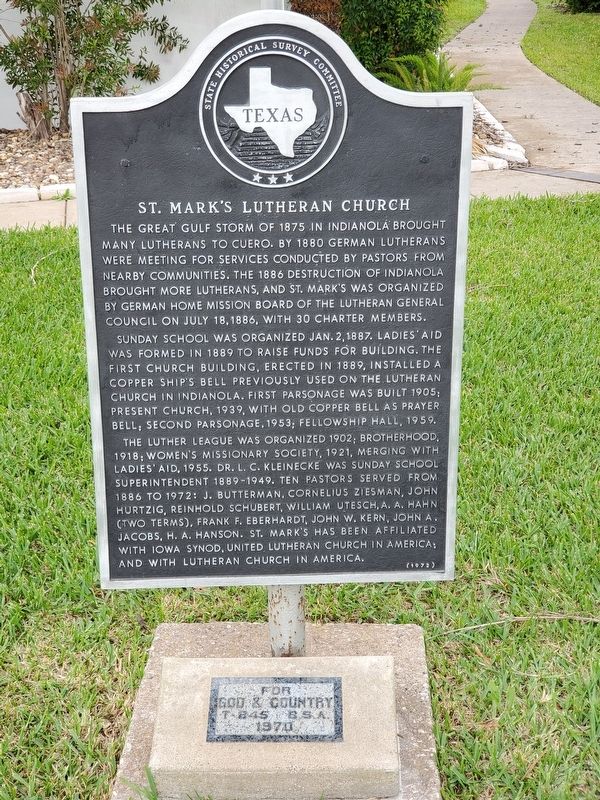 The great Gulf storm of 1875 in Indianola brought many Lutherans to Cuero. By 1880 German Lutherans were meeting for services conducted by pastors from nearby communities. The 1886 destruction of Indianola brought more Lutherans, and St. Mark's was organized by German Home Mission Board of the Lutheran General Council on July 18, 1886, with 30 charter members. 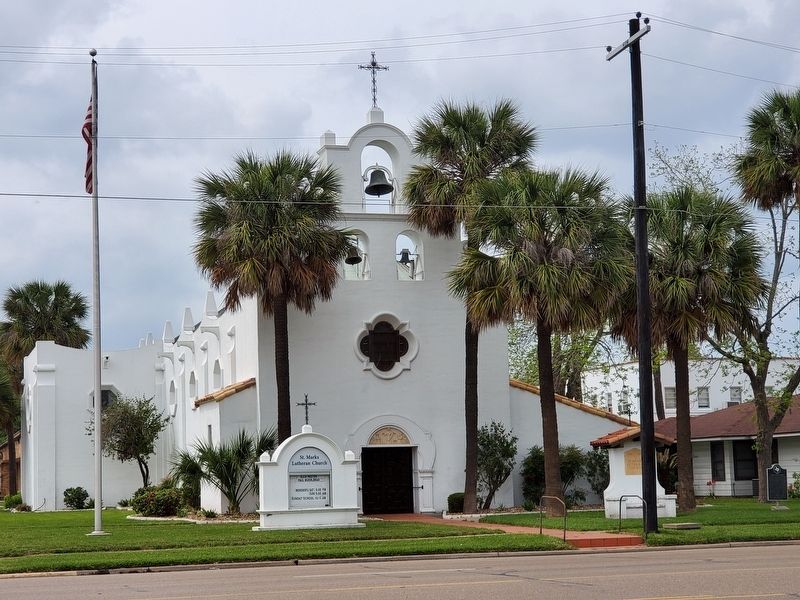 Topics. This historical marker is listed in this topic list: Churches & Religion. A significant historical date for this entry is July 18, 1886.