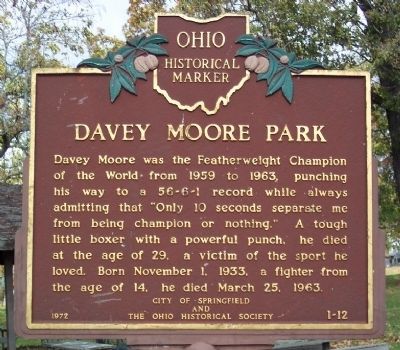 Photographed By William Fischer, Jr., October 28, 2008
1. Davey Moore Park Marker
Inscription.
Davey Moore Park. . Davey Moore was the Featherweight Champion of the World from 1959 to 1963, punching his way to a 56-6-1 record while always admitting that "Only 10 seconds separate me from being champion or nothing." A tough little boxer with a powerful punch, he died at the age of 29, a victim of the sport he loved. Born November 1, 1933, a fighter from the age of 14, he died March 25, 1963. . This historical marker was erected in 1972 by City of Springfield and The Ohio Historical Society. It is in Springfield in Clark County Ohio

Erected 1972 by City of Springfield and The Ohio Historical Society. (Marker Number 1-12.)

Topics and series. This historical marker is listed in this topic list: Sports. In addition, it is included in the Ohio Historical Society / The Ohio History Connection series list. A significant historical month for this entry is March 1865.

Other nearby markers. At least 8 other markers are within walking distance of this marker. Mile Markers (approx. 0.6 miles away); Pennsylvania House / The National Road 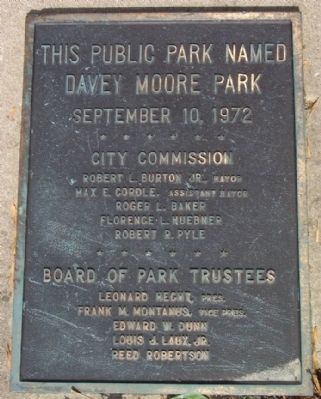 Also see . . .  Wikipedia entry for Davey Moore. "He lost the fight by a knockout but was able to give a clear-headed interview before he left the ring. In the dressing room he began to fall into a coma from which he never emerged, dying several hours later." (Submitted on November 3, 2008, by Kevin W. of Stafford, Virginia.) 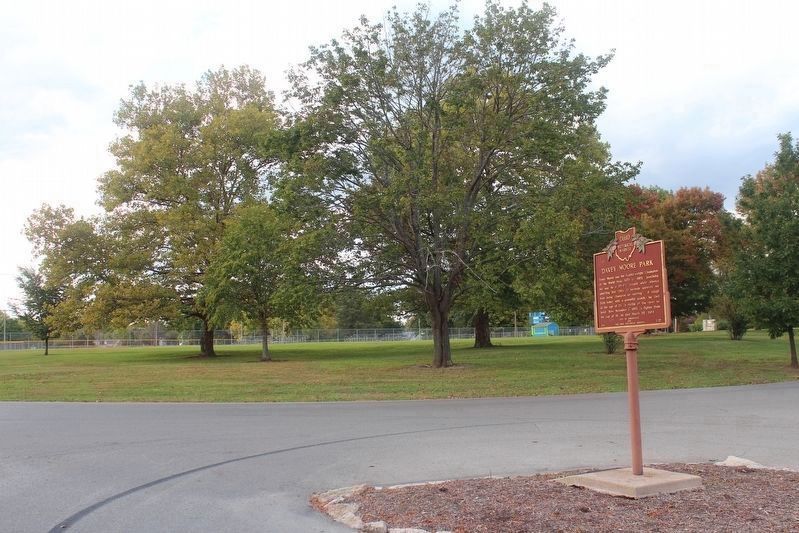 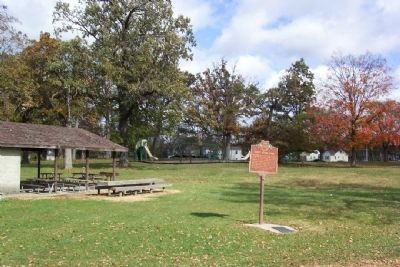