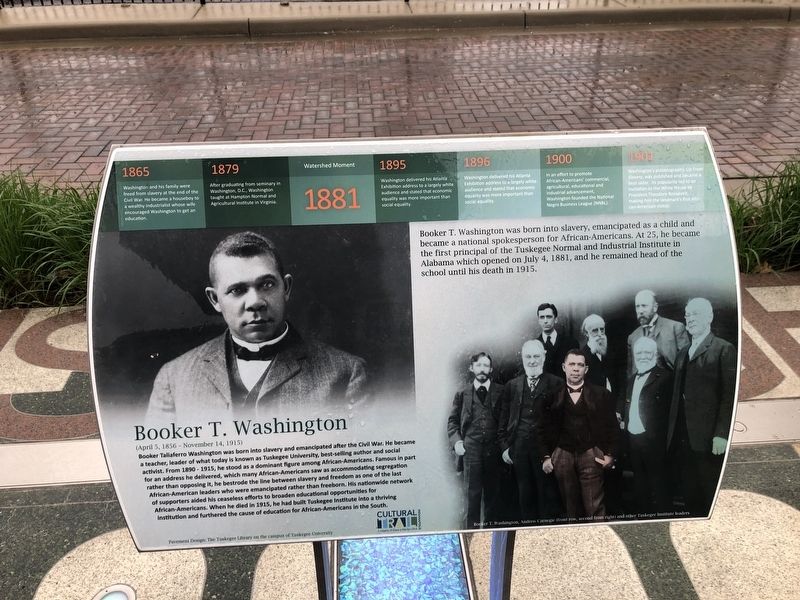 Booker Taliaferro Washington was born into slavery and emancipated after the Civil War. He became a teacher, leader of what today is known as Tuskegee University, best-selling author and social activist. From 1890 - 1915, he stood as a dominant figure among African-Americans. Famous in part for an address he delivered, which many African-Americans saw as accommodating segregation rather than opposing it, he bestrode the line between slavery and freedom as one of the last African-American leaders who were emancipated rather than freeborn. His nationwide network of support aided his ceaseless effort to broaden educational opportunities for African-Americans. When he died in 1915, he had built Tuskegee Institute into a thriving institution and furthered the cause of education for African-Americans in the South.

1865
Washington and his family were freed from slavery at the end of the Civil War. He became a houseboy to a wealthy industrialist whose wife encouraged Washington to get an education.

1879
After graduating from seminary in Washington, D.C., Washington taught at Hampton Normal and Agricultural 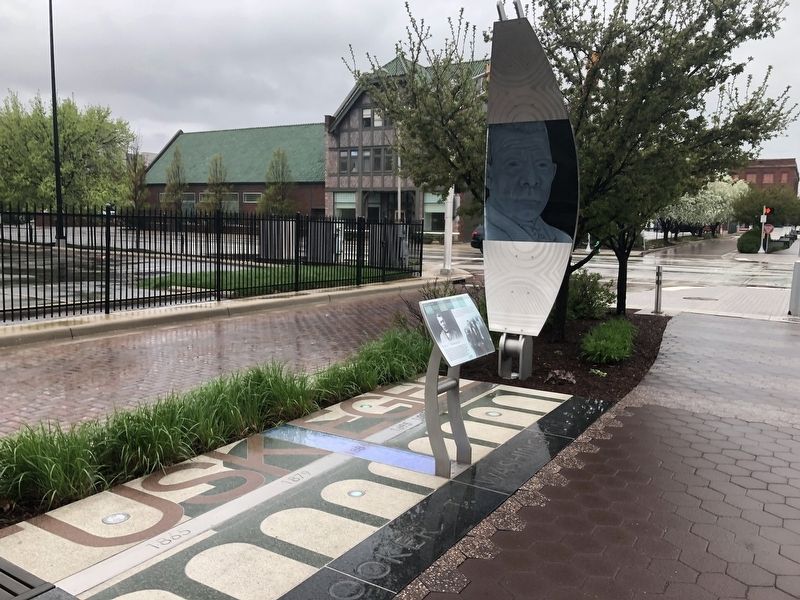 Click or scan to see
this page online
Institute in Virginia.

Watershed Moment
1881
Booker T. Washington was born into slavery, emancipated as a child and became a national spokesperson for African-Americans. At 25, he became the first principal of the Tuskegee Normal and Industrial Institute in Alabama which opened on July 4, 1881, and he remained head of the school until his death in 1915.

1895
Washington delivered his Atlanta Exhibition address to a largely white audience and stated that economic equality was more important than social equality.

1896
Washington delivered his Atlanta Exhibition address to a largely white audience and stated that economic equality was more important than social equality.

1901
Washington's autobiography, Up From Slavery, was published and became a best seller. Its popularity led to an invitation to the White House by President Theodore Roosevelt, making hi the landmark's first African-American visitor.

Topics and series. This historical marker is listed in these topic lists: African Americans • Arts, Letters, Music • Education. In addition, it is included in the Former U.S. Presidents: #26 Theodore Roosevelt, the Historically Black Colleges and Universities 🎓, and the Indiana, Cultural Trail Indianapolis series lists. A significant historical date for this entry is July 4, 1881.