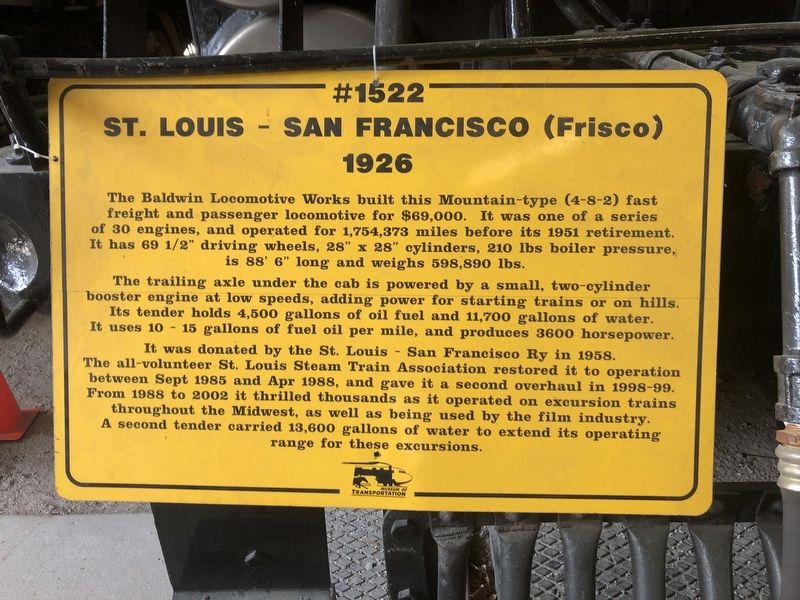 The trailing axle under the cab is powered by a small, two-cylinder booster engine at low speeds, adding power for starting trains or on hills. Its tender holds 4,500 gallons of oil fuel and 11,700 gallons of water. It uses 10 - 15 gallons of fuel oil per mile, and produces 3600 horsepower.

It was donated by the St. Louis - San Francisco Ry in 1958. The all-volunteer St. Louis Steam Train Association restored it to operation between Sept 1985 and Apr 1988, and gave it a second overhaul in 1998-99. From 1988 to 2002 it thrilled thousands as it operated on excursion trains throughout the Midwest, as well as being used by the film industry. A second tender carried 13,600 gallons of water to extend its operating range for these excursions.

Erected by Museum of 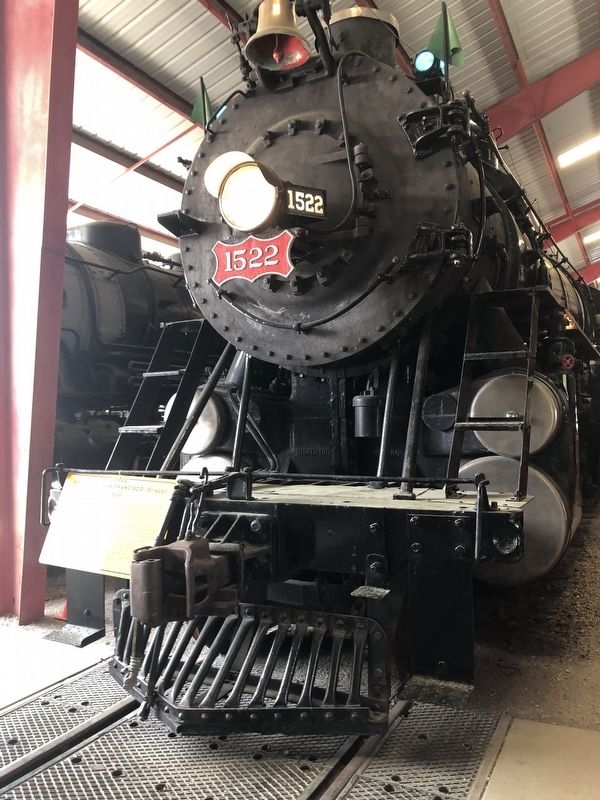