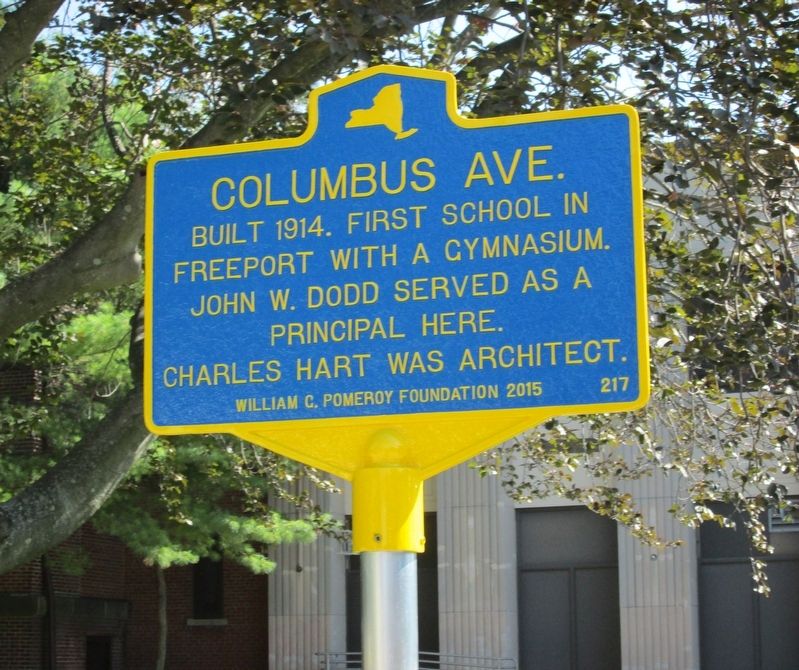 Built 1914. First school in Freeport with a gymnasium. John W. Dodd served as a principal here. Charles Hart was architect.

Topics and series. This historical marker is listed in this topic list: Education. In addition, it is included in the William G. Pomeroy Foundation series list. 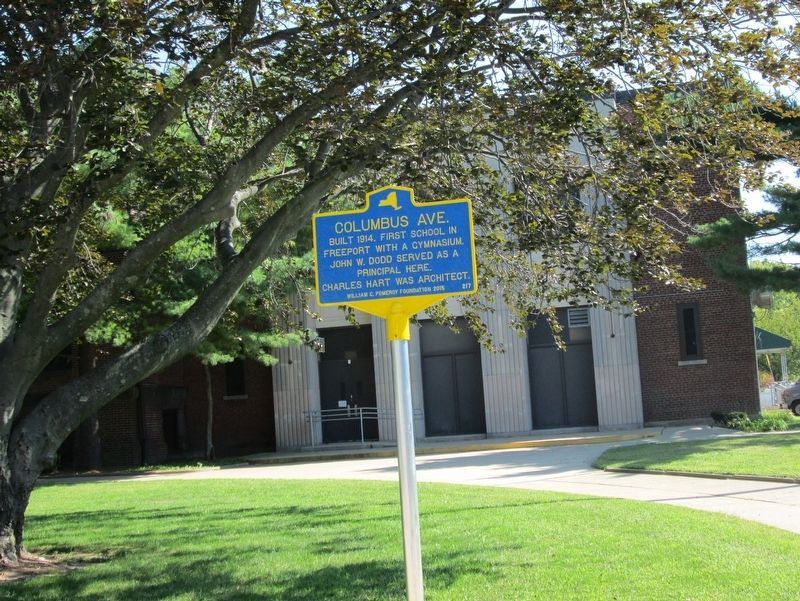 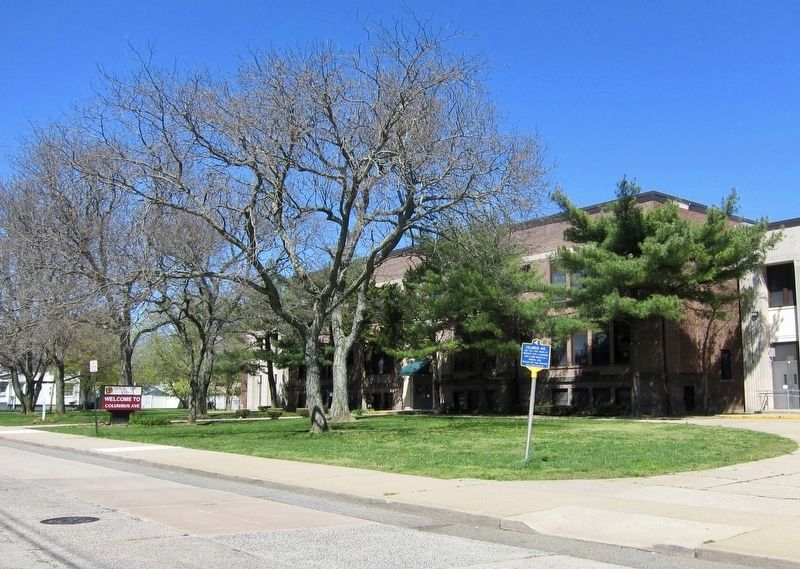