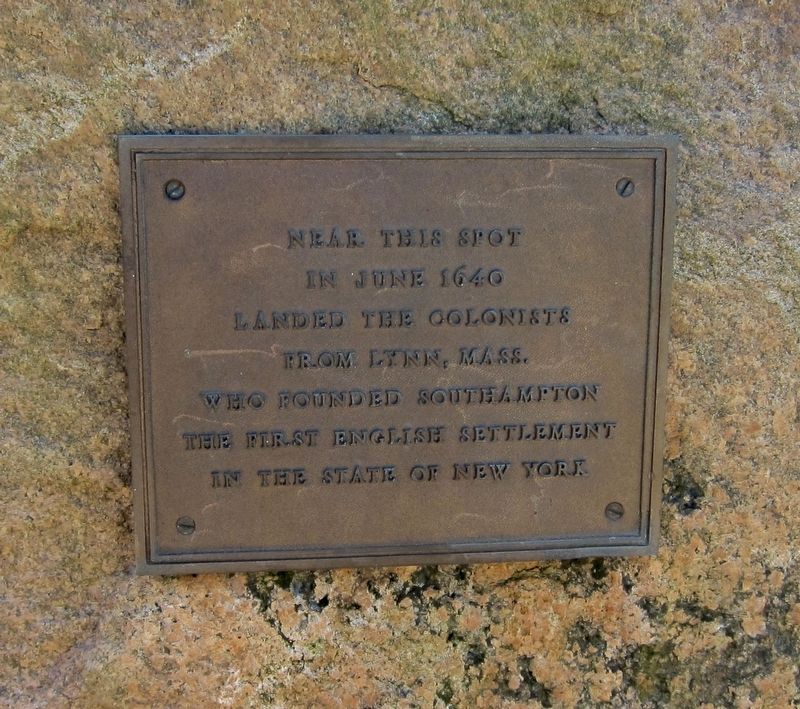 Near this spot
in June 1640
landed the colonists
from Lynn, Mass.
who founded Southampton
the first English settlement
in the state of New York

Topics. This historical marker is listed in this topic list: Settlements & Settlers. A significant historical month for this entry is June 1640.

Location. 40° 55.948′ N, 72° 24.837′ W. Marker is in Southampton, New York, in Suffolk County. Marker is at the intersection of Noyac Road and Straight Path, on the right when traveling east on Noyac Road. Touch for map. Marker is at or near this postal address: 130 Noyac Road, Southampton NY 11968, United States of America. Touch for directions. 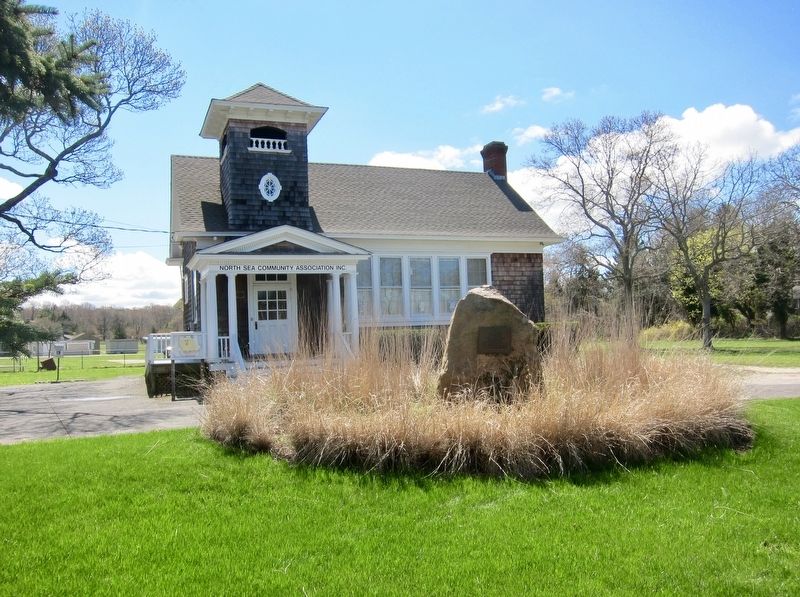 1. The Disposal of the Vessel (1639) (Town of Southampton). "The earliest document pertaining to the settlement of the Southampton colony or "Plantacon" is The Disposal of the Vessel, an agreement made between eight settlers from Lynn, Massachusetts and Daniel How, the captain of a ship who agreed to transport them and their families to Long Island. Prior to setting sail, the settlers or "undertakers" as they were known exchanged their investments in the boat with Howe, on condition that he would carry their possessions in three trips annually for two years. Articles of agreement spelling out the nature and purposes of the venture were signed by the settlers and dated March 10, 1639. It is on this basis that Southampton Town claims to be New York State's first English colony, although the distinction is disputed by Southold Town, many of whose earliest records have been lost." (Submitted on April 30, 2019.)