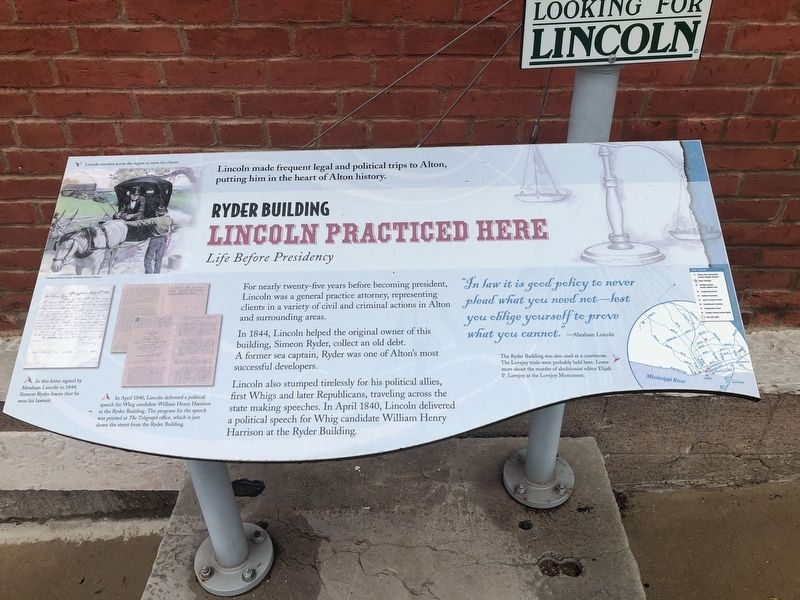 Lincoln made frequent legal and political trips to Alton putting him in the heart of Alton history.

For nearly twenty-five years before becoming president, Lincoln was a general practice attorney, representing clients in a variety of civil and criminal actions in Alton and surrounding areas.

In 1844, Lincoln helped the original owner of this building, Simeon Ryder, collect and old debt. A former sea captain, Ryder was one of Alton's most successful developers.

"In law it is good policy to never plead what you need not—lest you oblige yourself to prove what you cannot." —Abraham Lincoln

[Captions:]
Lincoln traveled across the region to serve his clients.

In this letter signed by Abraham Lincoln in 1844, Simeon Ryder learns that he won his lawsuit. 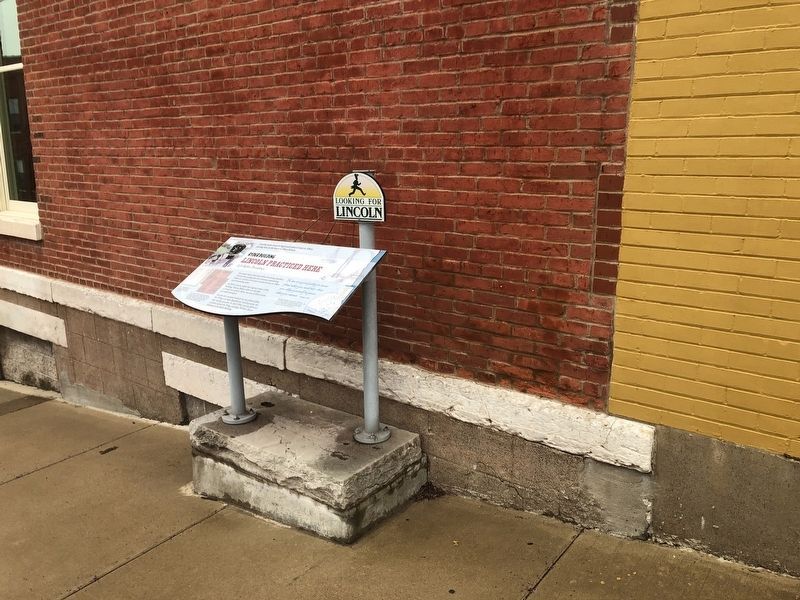 By Devry Becker Jones, April 24, 2019
2. Lincoln Practiced Here Marker
1840, Lincoln delivered a political speech for Whig candidate William Henry Harrison at the Ryder Building. The program for the speech was printed at The Telegraph office, which is just down the street from the Ryder Building.

The Ryder Building was also used as a courtroom. The Lovejoy trials were probably held here. Learn more about the murder of abolitionist editor Elijah P. Lovejoy at the Lovejoy Monument.