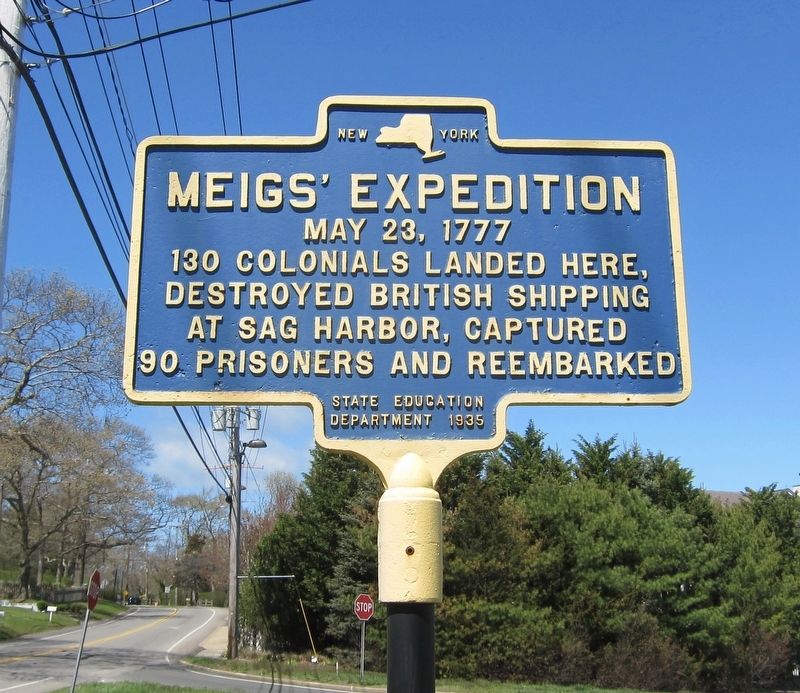 Topics. This historical marker is listed in this topic list: War, US Revolutionary. A significant historical date for this entry is May 23, 1777.

Location. 40° 59.654′ N, 72° 19.921′ W. Marker is in Sag Harbor, New York, in Suffolk County. Marker is at the intersection of Noyac Road and Long Beach Road, on the left when traveling east on Noyac Road. Touch for map. Marker is in this post office area: Sag Harbor NY 11963, United States of America. Touch for directions.

More about this marker. The marker is located in the middle of the traffic circle. 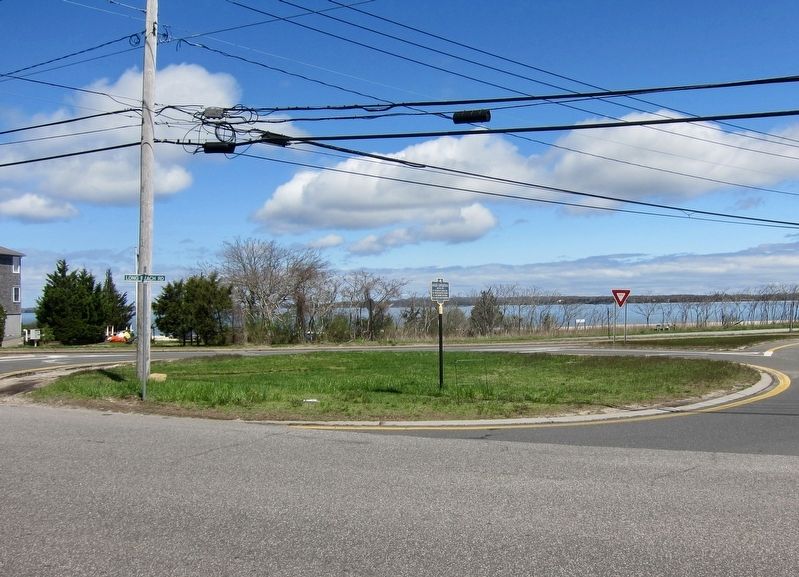 Click or scan to see
this page online
Meigs Raid (Wikipedia). "The Meigs Raid (also known as the Battle of Sag Harbor) was a military raid by American Continental Army forces, under the command of Connecticut Colonel Return Jonathan Meigs, on a British Loyalist foraging party at Sag Harbor, New York on May 24, 1777 during the American Revolutionary War. Six Loyalists were killed and 90 captured while the Americans suffered no casualties. The raid was made in response to a successful British raid on Danbury, Connecticut in late April that was opposed by American forces in the Battle of Ridgefield.... Organized in New Haven, Connecticut by Brigadier General Samuel Holden Parsons, the expedition crossed Long Island Sound from Guilford on May 23, dragged whaleboats across the North Fork of Long Island, and raided Sag Harbor early the next morning, destroying boats and supplies. The battle marked the first American victory in the state of New York after New York City and Long Island had fallen in the British campaign for the city in 1776." (Submitted on May 3, 2019.)
Credits. This page was last revised on May 3, 2019. It was originally submitted on May 3, 2019, by Andrew Ruppenstein of Sacramento, California. This page has been viewed 115 times since then and 12 times this year. Photos:   1, 2. submitted on May 3, 2019, by Andrew Ruppenstein of Sacramento, California.
Share this page.