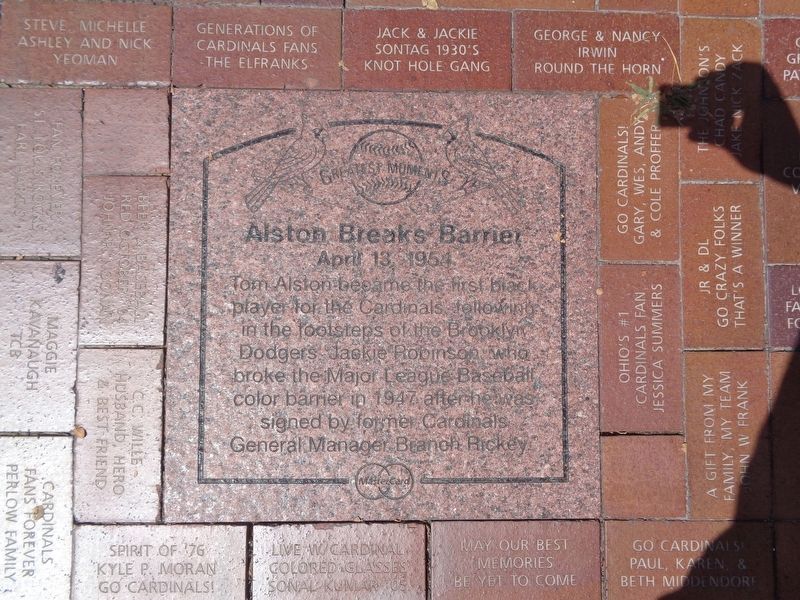 Tom Alston became the first black player for the Cardinals, following in the footsteps of the Brooklyn Dodgers' Jackie Robinson, who broke the Major League Baseball color barrier in 1947 after he was signed by former Cardinals General Manager Branch Rickey.

Topics and series. This historical marker is listed in these topic lists: African Americans • Sports. In addition, it is included in the Missouri, St. Louis Cardinals Greatest Moments series list. A significant historical date for this entry is April 13, 1954.