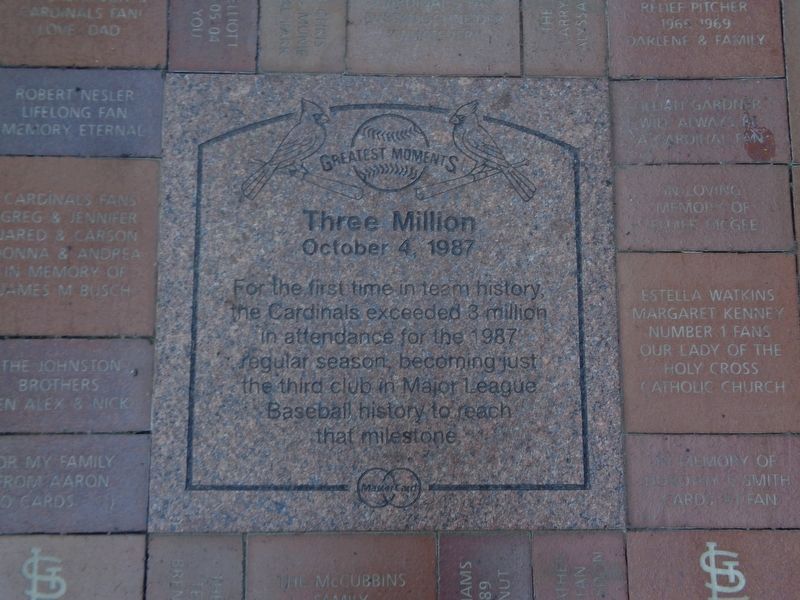 For the first time in team history, the Cardinals exceeded 3 million in attendance for the 1987 regular season, becoming just the third club in Major League Baseball history to reach that milestone.

Topics and series. This historical marker is listed in this topic list: Sports. In addition, it is included in the Missouri, St. Louis Cardinals Greatest Moments series list. A significant historical date for this entry is October 4, 1987.