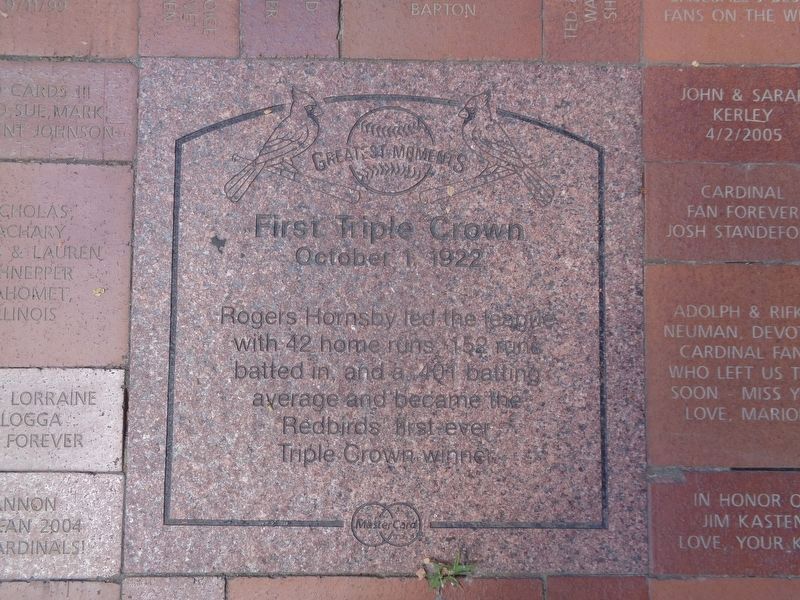 Rogers Hornsby led the league with 42 home runs, 152 runs batted in, and a .401 batting average and became the Redbirds' first-ever Triple Crown winner.

Topics and series. This historical marker is listed in this topic list: Sports. In addition, it is included in the Missouri, St. Louis Cardinals Greatest Moments series list. A significant historical date for this entry is October 1, 1922. 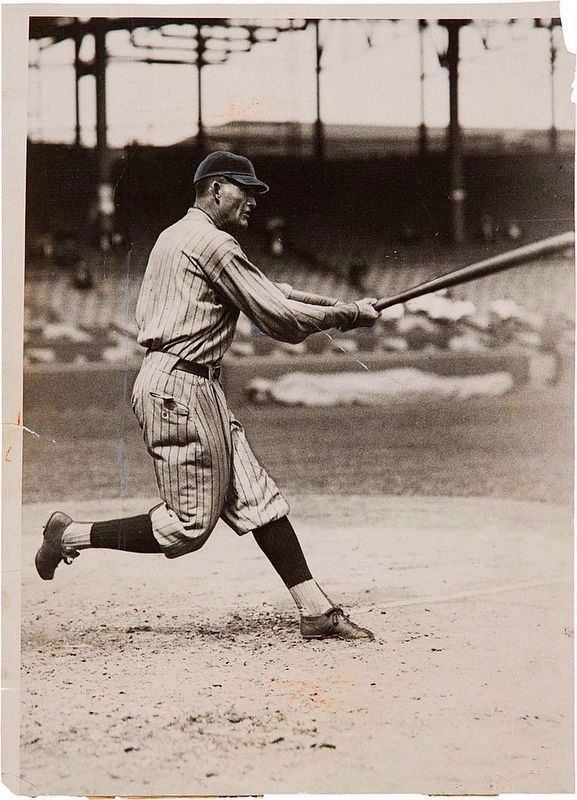 Fotograms, NYC / Public domain, 1922
2. Rogers Hornsby
1922 was one of the most productive seasons of Hornsby's career. He would also be a Triple Crown winner in 1925.

Click or scan to see
this page online
baseball, Major League Baseball, St. Louis Cardinals
Credits. This page was last revised on September 3, 2020. It was originally submitted on May 4, 2019, by Devry Becker Jones of Washington, District of Columbia. This page has been viewed 73 times since then and 7 times this year. Photos:   1, 2. submitted on September 3, 2020, by Jason Voigt of Glen Carbon, Illinois.
Share this page.