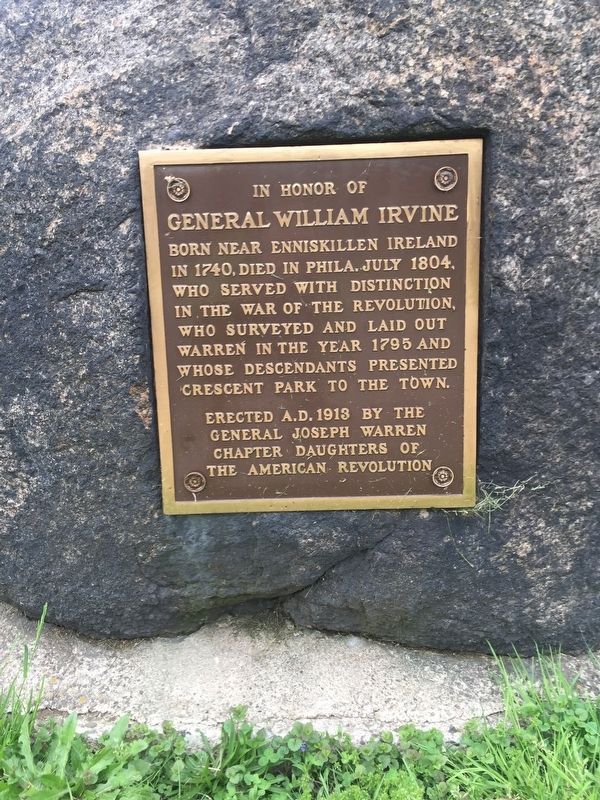 In honor of General William Irvine, born near Enniskillen, Ireland in 1740, died in Phila. July 1804, who served with distinction in the War of the Revolution, who surveyed and laid out Warren in the year 1795, and whose descendants presented Crescent Park to the town.

Topics and series. This historical marker is listed in these topic lists: Settlements & Settlers • War, US Revolutionary. In addition, it is included in the Daughters of the American Revolution series list. 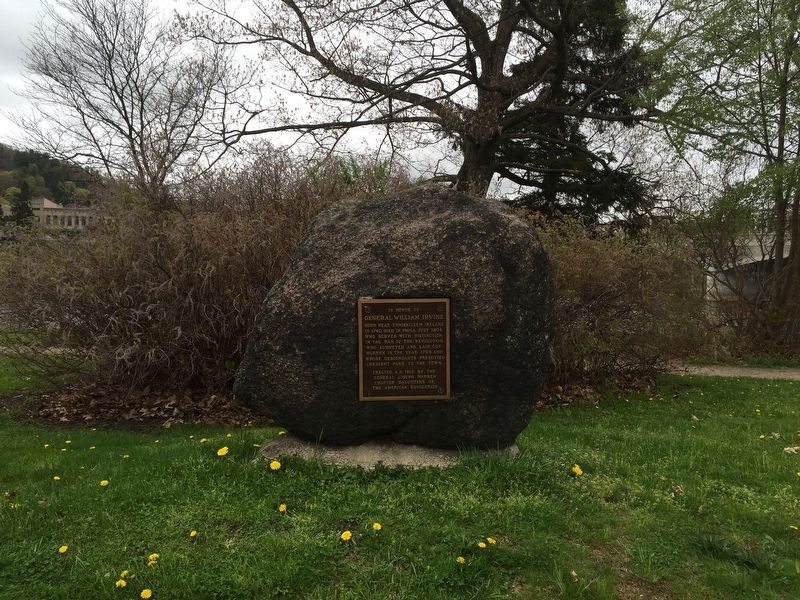