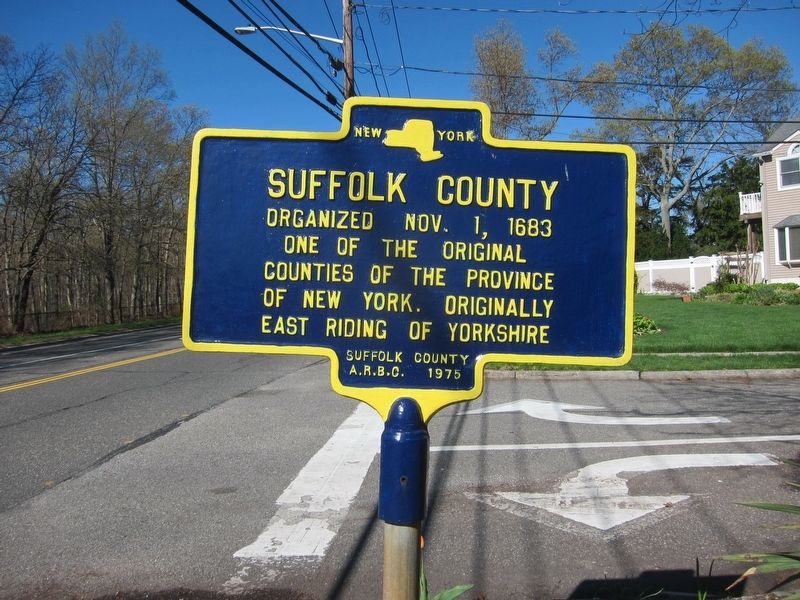 Photographed By Andrew Ruppenstein, April 24, 2019
1. Suffolk County Marker
Inscription.
Suffolk County. .
Organized Nov. 1, 1683 One of the original counties of the Province of New York Originally East Riding Of Yorkshire . . This historical marker was erected in 1975 by Suffolk County American Revolution Bicentennial Committee. It is in East Farmingdale in Nassau County New York

Organized Nov. 1, 1683
One of the original
counties of the Province
of New York   Originally
East Riding Of Yorkshire

Topics. This historical marker is listed in this topic list: Political Subdivisions. A significant historical date for this entry is November 1, 1683. 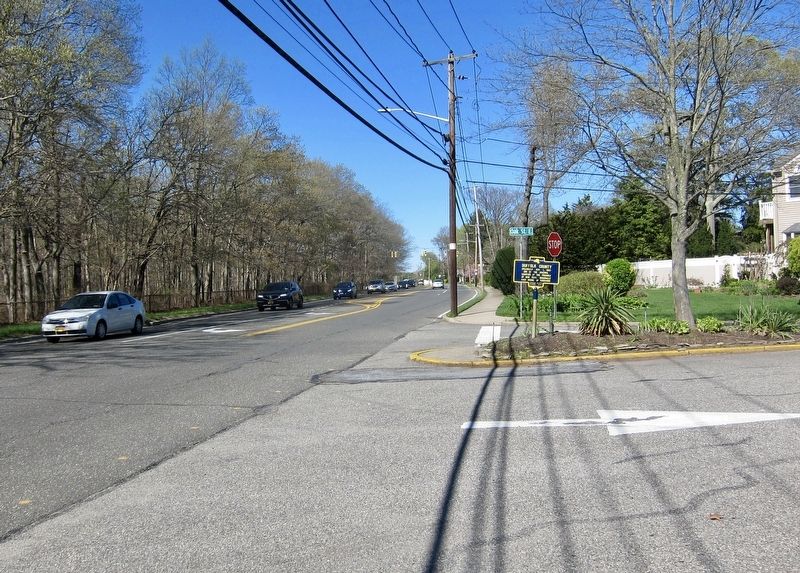 Click or scan to see
this page online
mile away); Farmingdale Honor Roll World War 1917-1918 (approx. one mile away); World War II (approx. 1.1 miles away). Touch for a list and map of all markers in East Farmingdale.

Also see . . .  Suffolk County, New York (Wikipedia). "Suffolk County was part of the Connecticut Colony before becoming an original county of the Province of New York, one of twelve created in 1683. From 1664 until 1683 it had been the East Riding of Yorkshire. Its boundaries were essentially the same as at present, with only minor changes in the boundary with its western neighbor, which was originally Queens County but has been Nassau County since the separation of Nassau from Queens in 1899." (Submitted on May 5, 2019.)
Credits. This page was last revised on May 5, 2019. It was originally submitted on May 5, 2019, by Andrew Ruppenstein of Sacramento, California. This page has been viewed 163 times since then and 22 times this year. Photos:   1, 2. submitted on May 5, 2019, by Andrew Ruppenstein of Sacramento, California.
Share this page.