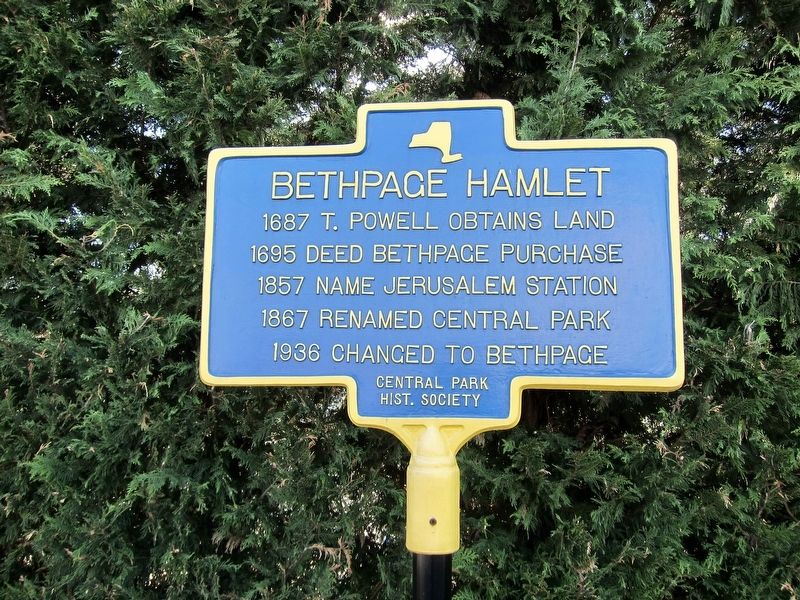 Location. 40° 44.314′ N, 73° 28.785′ W. Marker is in Bethpage, New York, in Nassau County. Marker is at the intersection of Broadway and Central Avenue, on the right when traveling south on Broadway. Touch for map. Marker is at or near this postal address: 212 Broadway, Bethpage NY 11714, United States of America. Touch for directions. 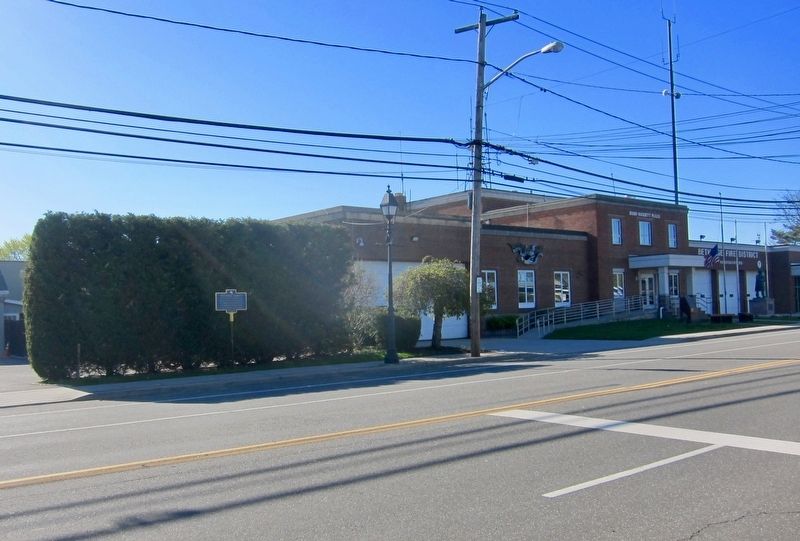 By Andrew Ruppenstein, April 24, 2019
2. Bethpage Hamlet Marker - wide view, looking east across Broadway
The marker is just south of the fire station.
away); a different marker also named L.I. Motor Pkwy (approx. half a mile away); Broad Spring (approx. one mile away). Touch for a list and map of all markers in Bethpage.