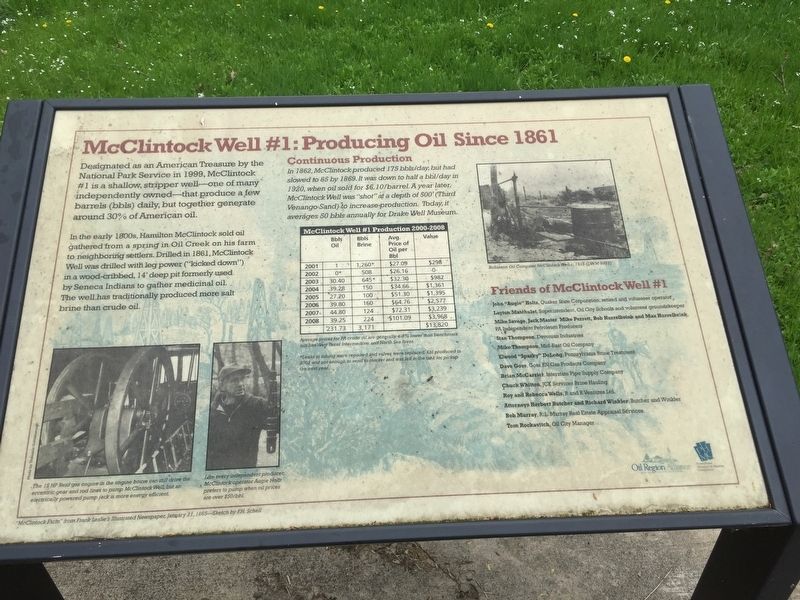 Designated as an American Treasure by the National Park Service in 1999, McClintock #1 is a shallow, stripper well- one of many independently owned - that produce a few barrels (bbls) daily, but together generate around 30% of American oil.

In the early 1800s, Hamilton McClintock sold oil gathered from a spring in Oil Creek on his farm to neighboring settlers. Drilled in 1861, McClintock Well was drilled with leg power (''kicked down") in a wood-cribbed, 14'' deep pit formerly used by Seneca Indians to gather medicinal oil. The well has traditionally produced more salt brine than crude oil. 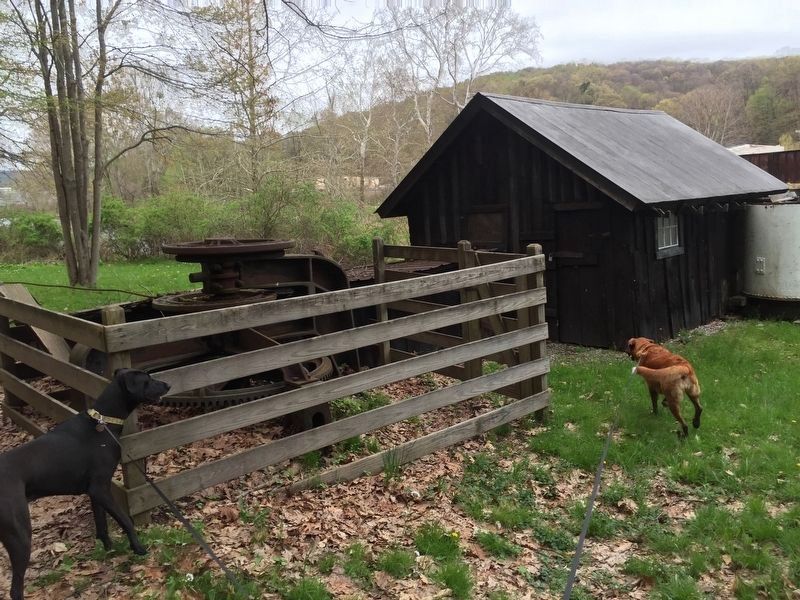 Topics and series. This historical marker is listed in this topic list: Industry & Commerce. In addition, it is included in the Pennsylvania Historical and Museum Commission series list. A significant historical year for this entry is 1861. 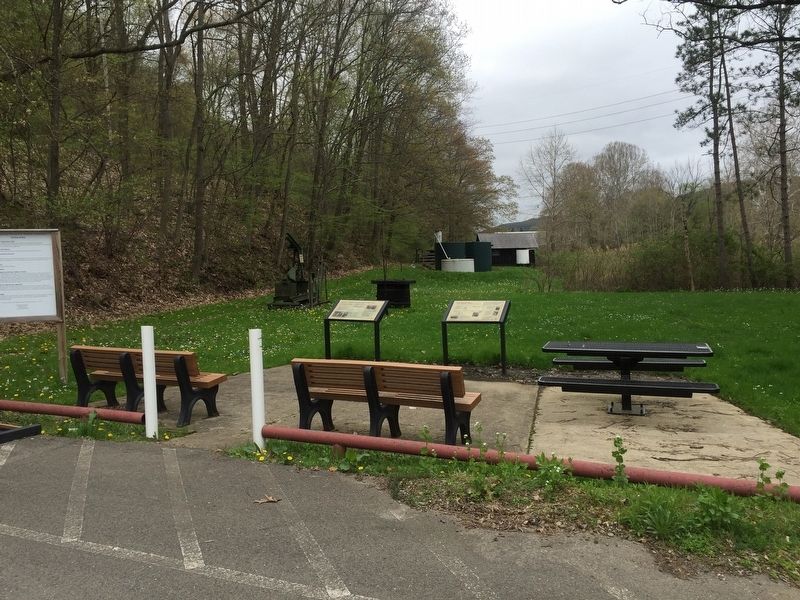