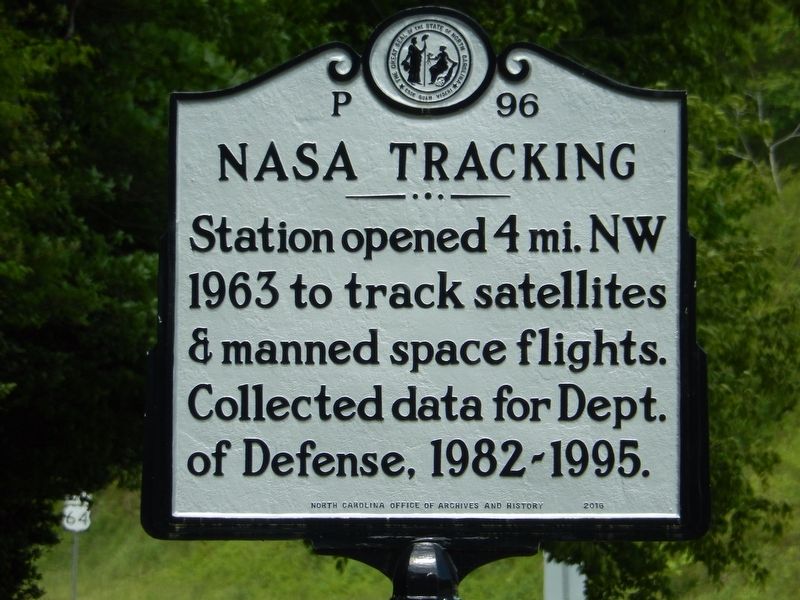 Photographed By Cosmos Mariner, May 7, 2019
1. NASA Tracking Marker
Inscription.
NASA Tracking. . Station opened 4 mi. NW 1963 to track satellites and manned space flights. Collected data for Dept. of Defense, 1982-1995. . This historical marker was erected in 2016 by North Carolina Office of Archives and History. It is in Rosman in Transylvania County North Carolina

Topics and series. This historical marker is listed in these topic lists: Air & Space • Communications. In addition, it is included in the North Carolina Division of Archives and History series list. A significant historical year for this entry is 1963.

Other nearby markers. At least 8 other markers are within 7 miles of this marker, measured as the crow flies. Tanneries (approx. half a mile away); Estatoe Path (approx. 0.6 miles away); A.S. Merrimon (approx. 2.1 miles away); Moorefield Memorial Highway (approx. 5 miles away in South 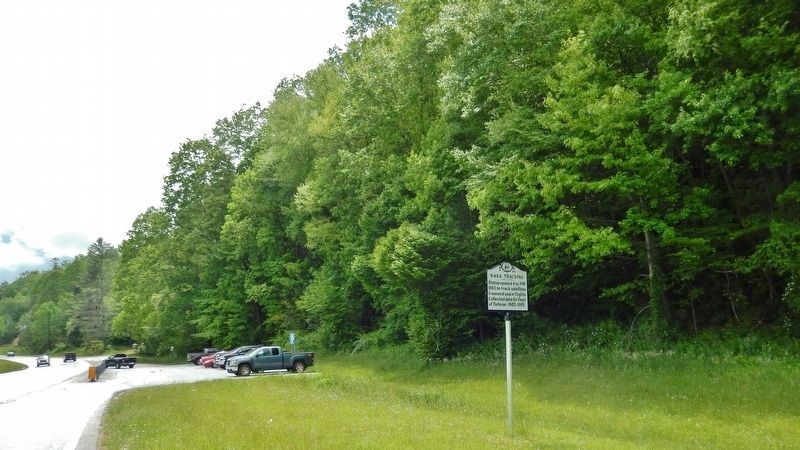 Also see . . .  The Rosman Research Station. NASA built and began operations at the Rosman Spaceflight Tracking Station in 1963. During NASA's tenure the station supported a number of space projects, including the Apollo and Apollo-Soyuz missions. In 1981, the facility was converted by the Department of Defense for use as a Communications Research Station, and used to intercept telephone and other communications traffic carried by commercial and other communications satellites in geostationary orbit over the Western hemisphere. Today, it is the Pisgah Astronomical Research Institute (PARI), a public nonprofit foundation staffed largely by volunteers, used for research and education. (Submitted on May 8, 2019, by Cosmos Mariner of Cape Canaveral, Florida.) 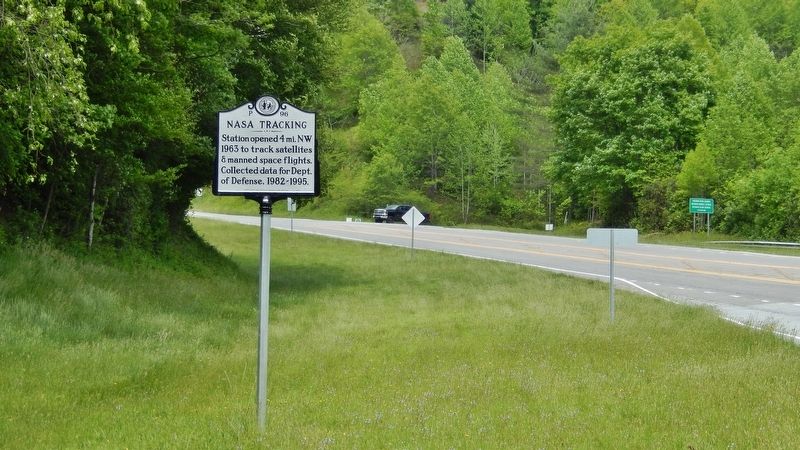