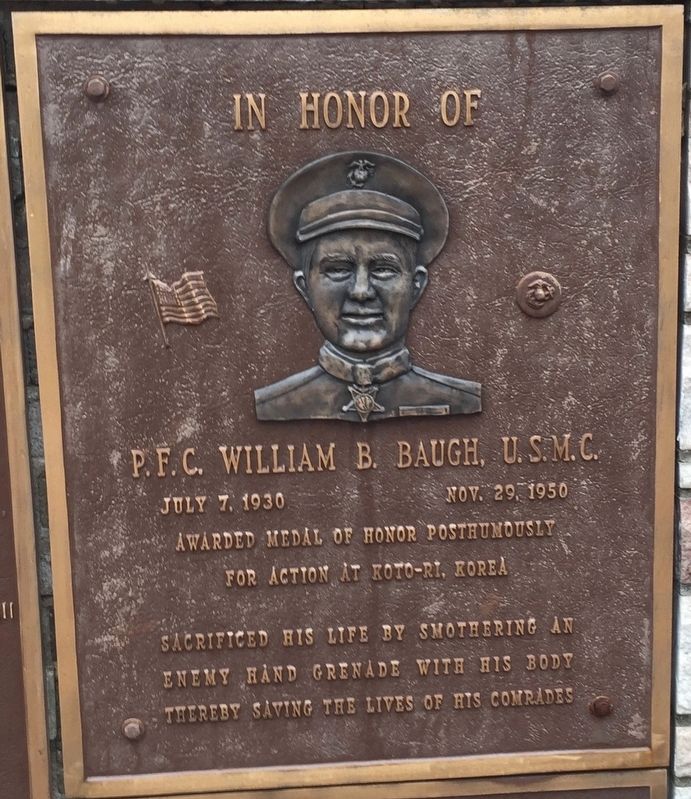 Topics and series. This memorial is listed in this topic list: War, Korean. In addition, it is included in the Medal of Honor Recipients series list. A significant historical date for this entry is October 29, 1930.

Location. 39° 15.719′ N, 84° 49.086′ W. Marker is in Harrison, Ohio, in Hamilton County. Memorial is at the intersection of Harrison Avenue and Walnut Street, on the right when traveling east on Harrison Avenue. In front of the fire station. Touch for map. Marker is at or near this postal address: 200 Harrison Avenue, Harrison OH 45030, United States of America. Touch for directions. 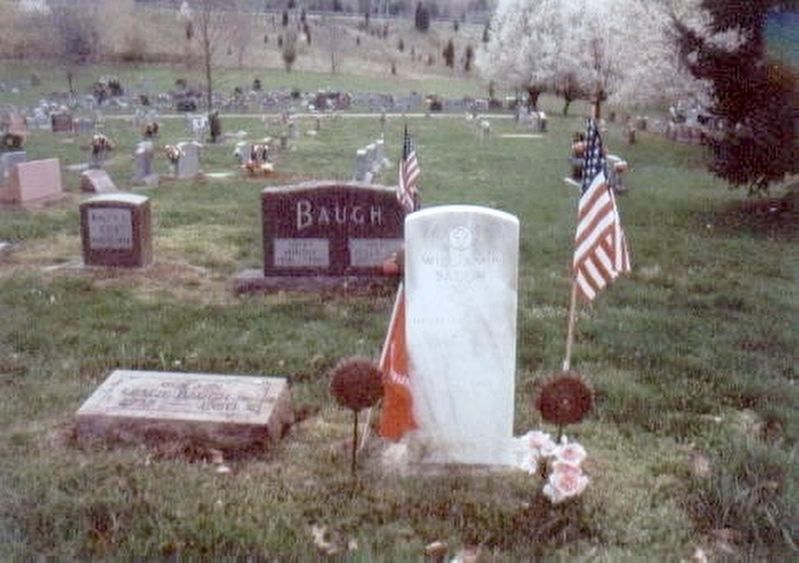 For conspicuous gallantry and intrepidity at the risk of his life above and beyond the call of duty while serving as a member of an Anti-Tank Assault Squad attached to Company G, Third Battalion, First Marines, First Marine Division (Reinforced), during a nighttime enemy attack against a motorized column en route from Koto-Ri to Hagaru-ri, Korea, on November 29, 1950. Acting instantly when a hostile grenade landed in his truck as he and his squad prepared to alight and assist in the repulse of an enemy force delivering intense automatic-weapons and grenade fire from deeply entrenched and well-concealed roadside positions, Private First Class 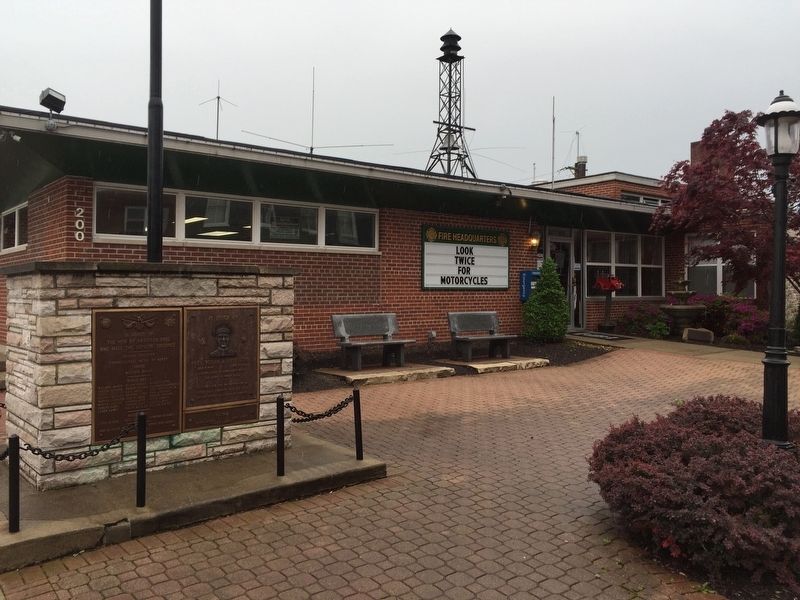 Photographed By Steve Stoessel, May 3, 2019
3. P.F.C. William B. Baugh, U.S.M.C. Marker
Baugh quickly shouted a warning to the other men in the vehicle and, unmindful of his own personal safety, hurled himself upon the deadly missile, thereby saving his comrades from serious injury or possible death. Sustaining severe wounds from which he died a short time afterward, Private First Class Baugh, by his superb courage and valiant spirit of self-sacrifice, upheld the highest traditions of the United States Naval Service. He gallantly gave his life for his country.