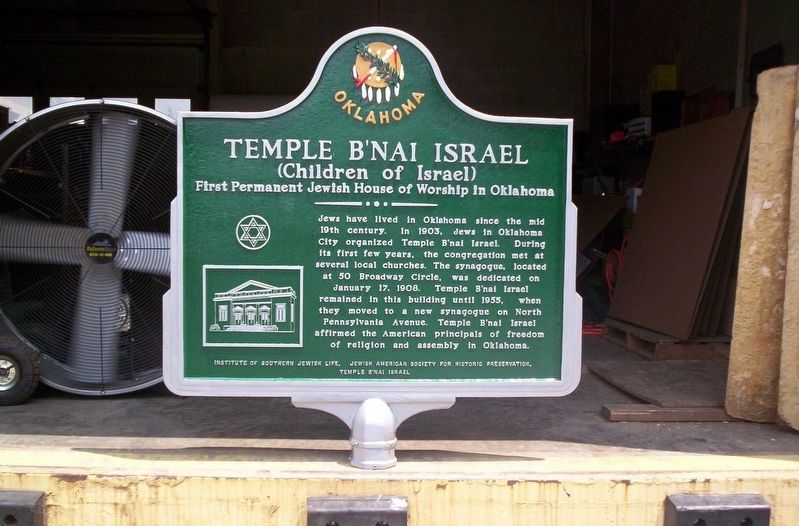 Topics and series. This historical marker is listed in this topic list: Notable Places. In addition, it is included in the Jewish American Society for Historic Preservation Markers series list. A significant historical date for this entry is January 17, 1908. 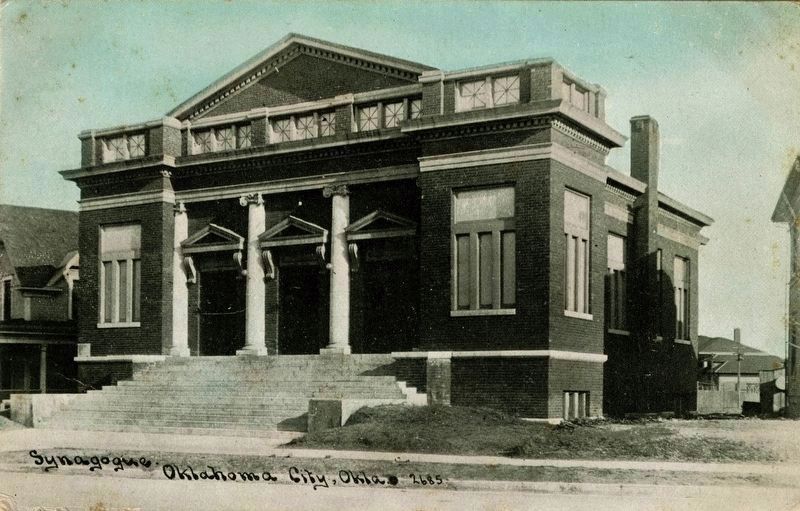 courtesy of the William A. Rosenthall Judaica Collection, College of Charleston Libraries, circa 1920
2. Synagogue, Oklahoma City, Okla.
"Black-and-white photographic postcard of the exterior of the former location of Temple B'nai Israel in Oklahoma City."

Click or scan to see
this page online
Oklahoma. Touch for map. Marker is at or near this postal address: 4901 N Pennsylvania Avenue, Oklahoma City OK 73112, United States of America. Touch for directions.

More about this marker. Marker funded by the Jewish American Society for Historic Preservation

Editor’s want-list for this marker. Photo of marker installed and a wide shot of the marker and its surroundings. • Can you help?
Share this page.