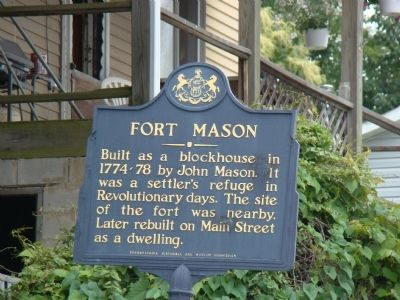 Built as a blockhouse in 1774–78 by John Mason. It was a settler’s refuge in Revolutionary days. The site of the fort was nearby. Later rebuilt on Main Street as a dwelling. . This historical marker was erected in 1946 by Pennsylvania Historical and Museum Commission. It is in Masontown in Fayette County Pennsylvania