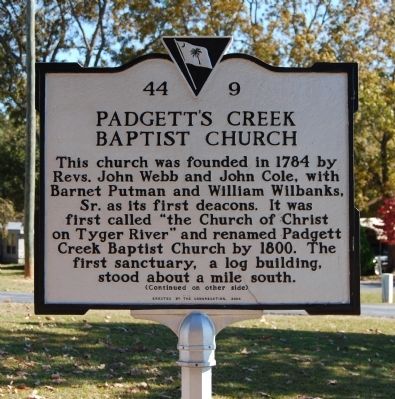 By Brian Scott, November 8, 2008
1. Padgett's Creek Baptist Church Marker - Front
Inscription.
Padgett’s Creek Baptist Church. . This church was founded in 1784 by Rev. John Webb and John Cole, with Barnett Putman and William Wilbanks, Sr. as its first deacons. It was first called "the Church of Christ on Tyger River" and renamed Padgett Creek Baptist Church by 1800. The first sanctuary, a log building, stood about a mile south., The second sanctuary, a frame building, was completed nearby about 1810. This sanctuary, described as "elegant and commodious" by an early church historian, was built 1844-48. It was enlarged by the addition of a portico and steeple in 1958. The church was listed in the National Register of Historic Places in 1971. . This historical marker was erected in 2004 by Congregation of Padgett's Creek Baptist Church. It is in Cross Keys in Union County South Carolina

This church was founded in 1784 by Rev. John Webb and John Cole, with Barnett Putman and William Wilbanks, Sr. as its first deacons. It was first called "the Church of Christ on Tyger River" and renamed Padgett Creek Baptist Church by 1800. The first sanctuary, a log building, stood about a mile south.

The second sanctuary, a frame building, was completed nearby about 1810. This sanctuary, described as "elegant and commodious" by an early church historian, was built 1844-48. It was enlarged by the addition of a portico and steeple in 1958. The church was listed in the National Register of Historic Places in 1971.

Topics. This historical marker is listed in these topic lists: Architecture • Churches & Religion. A significant historical year for this entry is 1784. 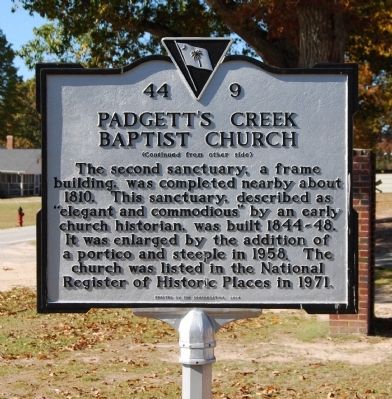 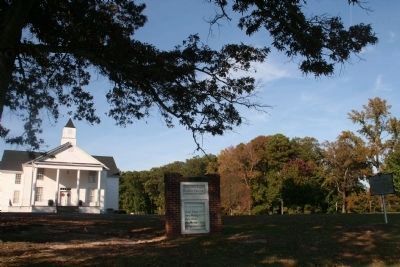 Additional commentary.
1. Rev. John Padgett
I am a descendant of Rev. John Padgett. He moved to the Chester Co. SC area after the RW in which he fought. It appears that his parents and his brothers came with John after the War to this area. I am trying to reconstruct his family history and the name Padgett Creek caught my attention. Is there a connection to my family?

I know that in 1790 John was enumerated on the 1790 Chester Co. SC census as having 4 daughters. He had married Cecelia Hollifield here in SC. My ancestor is Lydia Padgett who was born ca 1789 in SC and I have circumstantial evidence that John Padgett is her father. 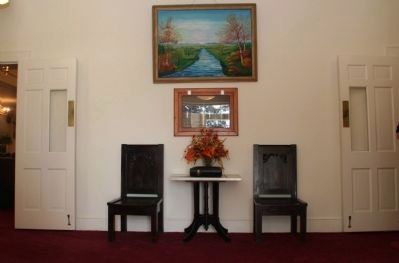 By Wes Cox, October 30, 2010
4. Padgett's Creek Baptist Church Foyer
NC where he remained until his death in 1837. He is written up in Logan's book on the Broad River Association. Note To Editor only visible by Contributor and editor
— Submitted July 6, 2009, by E. R. Edmondson of Odessa, Texas.
2. Padgett's Creek Baptist Church
Built in 1844, it appeared as a plain, rectangular two-story building with medium gable roof six bays deep and three bays wide, over slightly raised brick supports.

Interior (with a gallery “for use by colored members”) was unornamented. Foresight used in further additions and interior remodeling have maintained the distinct atmosphere of the church.

A front portion was added to the south side of the original building (the walls of which were redone in clapboard to match the addition). A portico supported by Doric columns and low steeple help to present a graceful, modest house of worship. Interior has been kept basically the same – gallery with balustrade supported by Doric columns, pulpit, and pews – except for the enclosure of portions 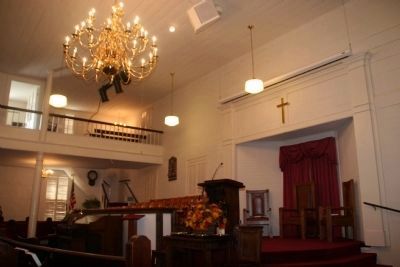 Significance
Padgett’s Creek Baptist Church is important for detailing manual craftsmanship in primary construction and for appropriate additions and alterations which have maintained its architectural integrity.

It is significant as an upcountry meeting place for discussion of vital civil matters during the Civil War.

In 1844 construction of a new meeting house began about one mile above the original and finally completed by April 15, 1848.

On August 29, 1851, a Secession Meeting (possibly the first) was held here. Speakers were Senator William H. Gist (later governor of South Carolina) and Congressman Daniel Wallace who advocated “secession rather than submission.”

Its history is singular, for the church provided a special place for Negro members, 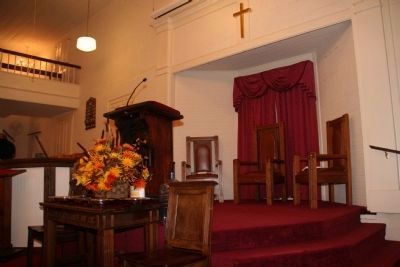 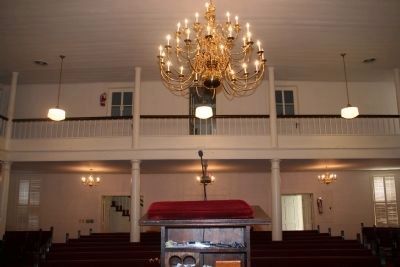 One of Union County’s most historic churches will celebrate another milestone Sunday during its Homecoming service.

Padgett’s Creek Baptist Church is marking its 225th anniversary. Sunday School begins at 10 a.m. and the morning worship service at 11. The church history will be presented by Historian Betty Jo Lawson and the church will be rededicated.

Also on Sunday, a time capsule made by the late Vernon Stevens and buried on Homecoming Sunday on the 200th anniversary will be opened. It will be reburied in November, the official month of the anniversary of the church’s organization in 1784.

History books will be sold for $15 that contain pictures, the church’s history, charter and roll from the beginning of the church until 1830. The present church roll with resident and non-resident members will be included in the book, along with a list of pastors and a timeline with interesting developments and improvements.

Building on work of historian 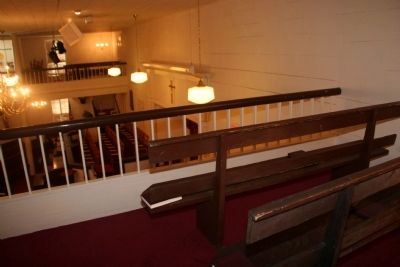 By Wes Cox, October 30, 2010
8. Padgett's Creek Baptist Church Pews From Balcony
the late Claude Sparks, tombstones not listed in the History Book cemetery index will be included, along with the tombstones of deceased members since the printing of the church history and others interred in the cemetery through May 31, 2009.

“We started with the minutes beginning in 1784 and we went through to present taking the most important things out of each year,” Mrs. Lawson said.

Mrs. Lawson said after the costs of printing the book are paid, members of the history committee hope to develop a history fund. It would be used to pay for materials such as brochures to coincide with the Union County Historical Society’s placement of Padgett’s Creek Baptist Church on a history trail that includes Rose Hill State Historic Site and the Cross Keys House. Padgett’s Creek, which was added to the National Register of Historic Places in 1971, is noted for its slave balcony. It was placed on the state historical register in 2004.

The following is a brief history of Padgett’s Creek:

The church was constituted on Nov. 22, 1784, by the Rev. John Webb and the Rev. John Cole as Church of Christ on Tyger River. Barnet Putman and William Wilbanks 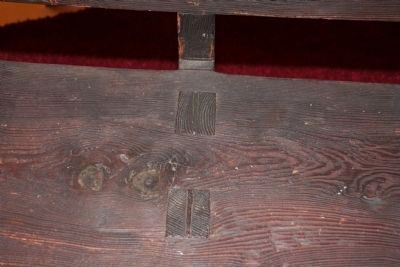 The church became a member of Bethel Association in 1789 and the name was changed to Padgett’s Creek Meeting. The church worshiped at various places during the early years, one site being across the road in front of the former Sedalia School House. The church acquired the land on which the house now stands about 1809 and a church building was erected on the property a short distance northeast of the cemetery. This building was used until 1844 when work was started on the present church building. The building was remodeled in 1917 and 1957.

A great revival began to spread over the state about 1800 and during this time the church drew its membership from an area at least 12 miles in circumference from the church. It soon became necessary to establish additional places of worship for the convenience of the membership. Arms of the church were established at Fairforest, Tinker Creek, Putnam, New Hope and Dillard’s Meeting House.

The church had a camp meeting in 1849 which lasted two weeks and during this time there were received into the church by experience and baptism 67 white and 11 black members. The Rev. Elijah Ray was pastor during 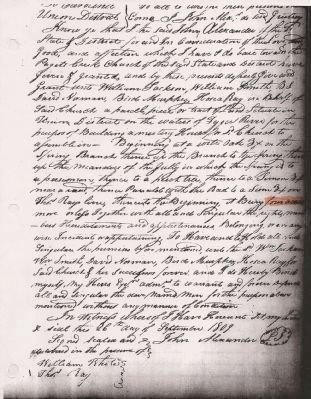 By Franklin Dale Murphy, October 2, 2012
10. Padgett’s Creek Baptist Church Marker
Land Transfer From John Alexander To Padgett Creek Trustees 1809 S.C. Archives Microfilm
part of 1849, but with this exception the Rev. Thomas Ray was pastor from 1835 to 1854. The church had another big revival in August of 1911 with over 50 members received under the preaching of J.A. Anderson, who was pastor.

In 1958 the portico and steeple were added to the church. The fellowship building was begun in 1973.

In 2006 the church purchased the property adjacent to the fellowship building. The choir loft was enlarged in 2007.

Mrs. Lawson said Padgett’s Creek has been a lighthouse for the country community and has held it together with God’s help through good times and bad. She said the church’s records and cemetery are a valuable resource for genealogists.

“We have people come here from most every state in the union and some from overseas looking for their ancestor’s graves knowing this is where they families originated,” she said.
Source: http://www.uniondailytimes.com/pages/full_story/push?article-Padgett%E2%80%99s+Creek+Church+celebrates+225th+anniversary%20&id=3070679-Padgett%E2%80%99s+Creek+Church+celebrates+225th+anniversary&instance=secondary_news_left_column 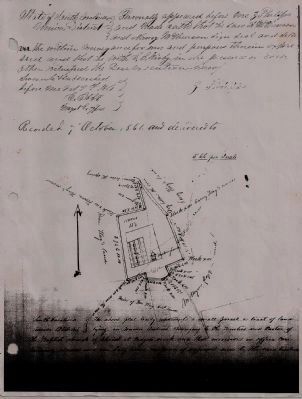 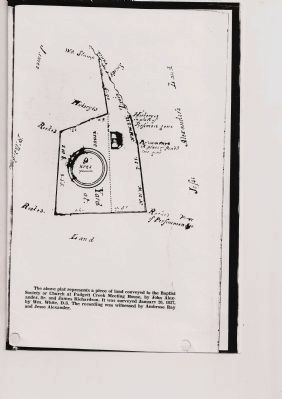 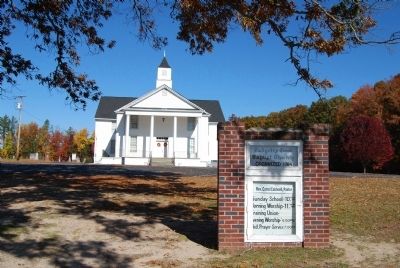 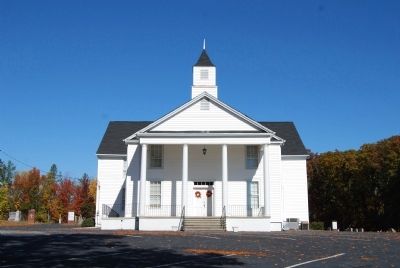 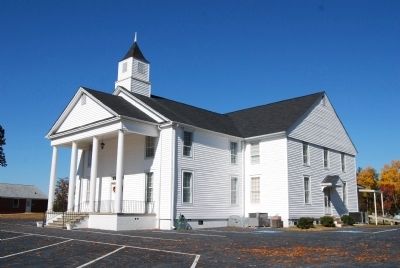 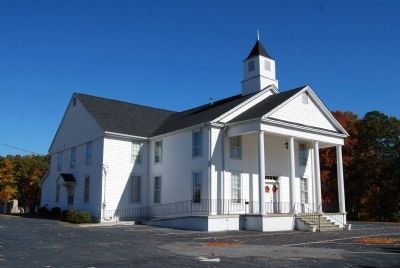 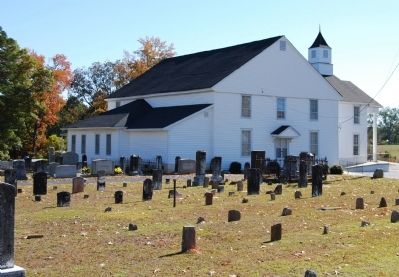 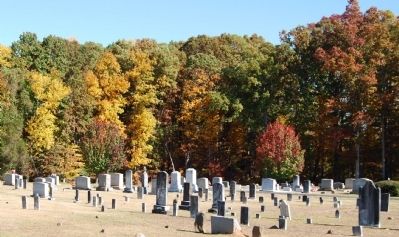 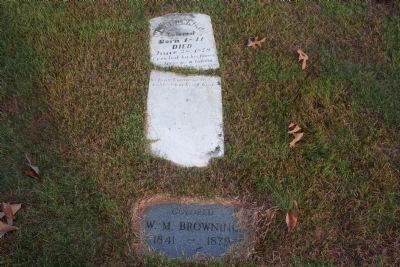 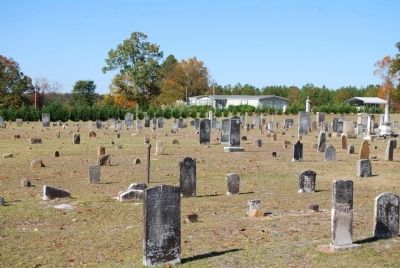 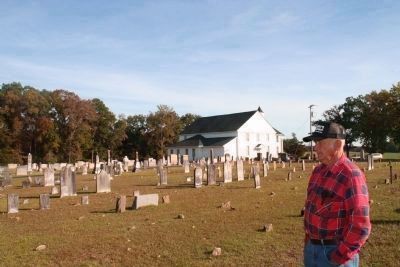 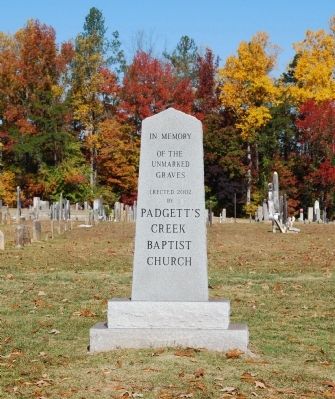 By Brian Scott, November 8, 2008
22. Memorial to the Unmarked
In Memory
of the
Unmarked
Graves